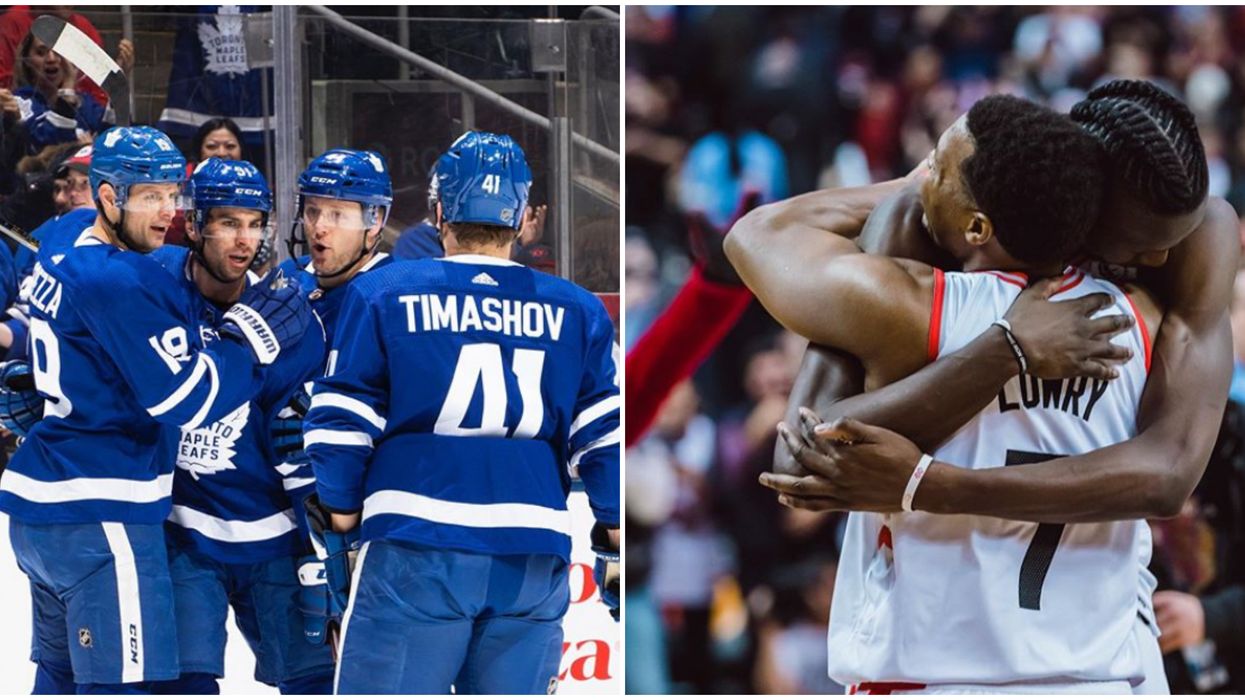 As 24 hours in sports go, this was a good one. A remarkable Toronto Maple Leafs comeback on December 23 saw the city's second incredible revival in two days. The Leafs scored five times in the final period in beating the Carolina Hurricanes 8-6 at Scotiabank Arena, evoking the fresh memories of the Raptors' historic night.

On Sunday, December 22, the Raptors smashed their own franchise record for winning from behind. They came back from a 30-point deficit to beat the Dallas Mavericks in Toronto.

24 hours later, on Monday, the Leafs trailed both 5-3 and 6-4 in the final period but scored three times in the space of 59 seconds to somehow emerge as winners.

It was pre-holiday sports craziness at its finest, and all the more remarkable that both recoveries happened in the same Scotiabank Arena stadium on back-to-back afternoons.

It's comeback SZN, it seems.

Toronto's had quite the sporting year, what with the NBA championship win and Bianca Andreescu's emergence. But just when you thought there were no more surprises, BAM.

And sports fans are very much here for it.

In fact, the whole of Toronto seemed to be on social media after the Leafs completed their win. And people could barely believe what they've seen in the last day.

"The Leafs comeback was insane, and it's only the 2nd best Toronto sports comeback in THAT BUILDING in the last 24 hours. Sports," read one tweet.

"I’m glad my neighbours are also Leafs and Raptors fans, otherwise they’d be calling the police with all the screaming I’ve been doing the last two days!" said another viewer.

Sounds about right, to be honest.

The Leafs comeback was insane, and it’s only the 2nd best Toronto sports comeback in THAT BUILDING in the last 24 hours. Sports.
— Faizal Khamisa (@Faizal Khamisa)1577136899.0

I’m glad my neighbours are also Leafs and Raptors fans, otherwise they’d be calling the police with all the screami… https://t.co/uYklmc7zJY
— Sports Fan (@Sports Fan)1577136828.0

It surely doesn't get much more dramatic than Toronto's Sunday-Monday double whammy.

And this is all happening while stars have their fair share of distractions off the field, too.

Auston Matthews, for example, appears to be Ryan Reynolds' new best buddy. At least, judging by an Instagram post in which he admits he "borrowed" the movie star's notorious Christmas sweater. For charitable causes, of course.

Then, there's Kyle Lowry, busy exploring his nascent on-stage career with a role in The Nutcracker ballet.

Toronto sports, eh? What a time to be alive.