The boys are hitting the ice January 9th. 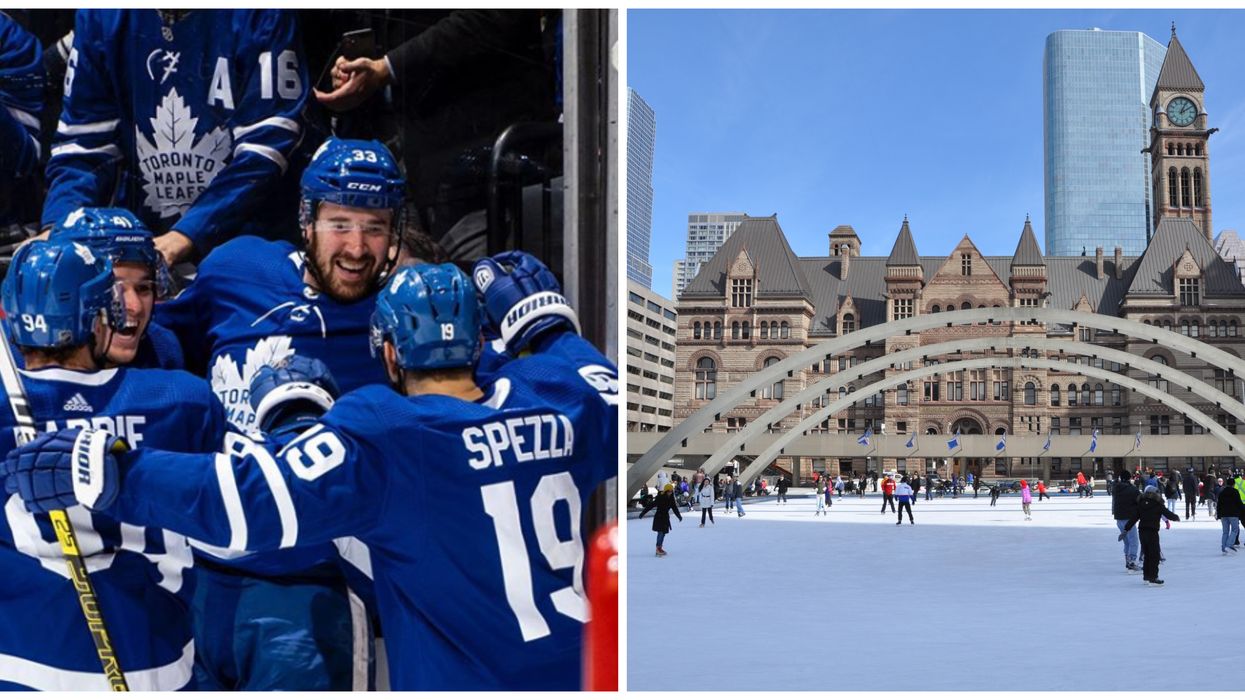 Are you a die-hard Leafs fan on a budget? Well, now is your chance to catch the boys in action without having to pay a single dime! The Toronto Maple Leafs will be hitting Nathan Phillips Square next month for their annual outdoor practice, so mark your calendars, dress warm, and prepare yourself for being mere feet from your hockey heroes.

The practice will also be followed up by a 3-on-3 tournament at noon and an open public skate at 2:30 p.m. So, be sure to bring your skates.

“We're bringing the game back outdoors! Join us for a full weekend of fun at this year's Outdoor Practice presented by SportChek as we take the game back to its roots on the ODR," the team tweeted out Thursday, December 19, 2019.

To celebrate the occasion, the square will also be putting on several other Leafs-themed events, including a screening of the Toronto vs. Florida Panthers game on January 12, 2020, a live Leafs alumni game, and a skills competition between Olympic athletes.

All of this will be completely free, so you really have no excuse not to show up and support our guys.

A few lucky commuters also got the chance to meet members of the team, after they surprised TTC riders by taking the subway to their practice back in 2018.

Those who attend the event will also have the opportunity to participate in prize giveaways, free hot drinks, and live music.

If you’re genuinely a Leafs fan, this is a can’t-miss event!

However, if you're more of a baseball fan, the Blue Jays are hosting a WinterFest this January for their fans.

The Leafs play the New York Rangers at 7:00 p.m. tomorrow.