According to locals, no one really talks like that. 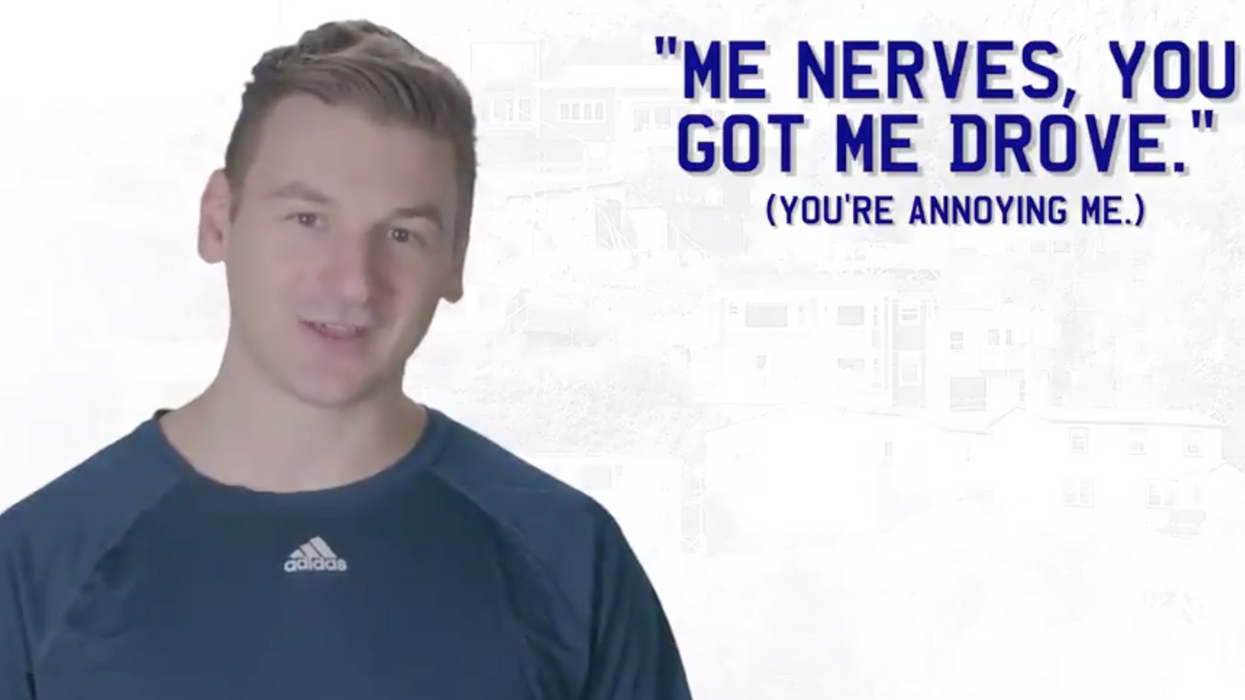 The Leafs posted a video on Monday of players attempting to translate Newfoundland slang into regular phrases. Phrases like “I’m gutfounded fire up a scoff” and “long may your big jib draw,” had the American athletes baffled.

Although most had a sense of humour about it, a number of people claim that the phrases weren't even legit.

Others couldn't help but chip in with their corrections.

They may not be experts in local slang, but it's clear the team has done their best to do as the Newfoundlanders do during their visit. Auston Matthews, Morgan Rielly, Tyson Barrie, and Frederik Andersen, in particular, went above and beyond on Saturday.

The group volunteered to go to the famous George Street bar in St. John’s to get themselves “screeched in." A process that involves eating bologna, taking a shot of Screech (local rum), and kissing a cod.

At the end of the ceremony, the four Leafs were declared Newfoundlanders, which is pretty heartwarming. Let’s just hope that the fact that they kissed a fish on the mouth for the people of St. John’s gets them a pass on the wonky slang.

According to The Toronto Star, other members of the team took a tour of St. John’s Harbour, climbed Signal Hill, golfed and went for a helicopter tour. A few players also visited a local hospital.