Leafing their previous lives behind! 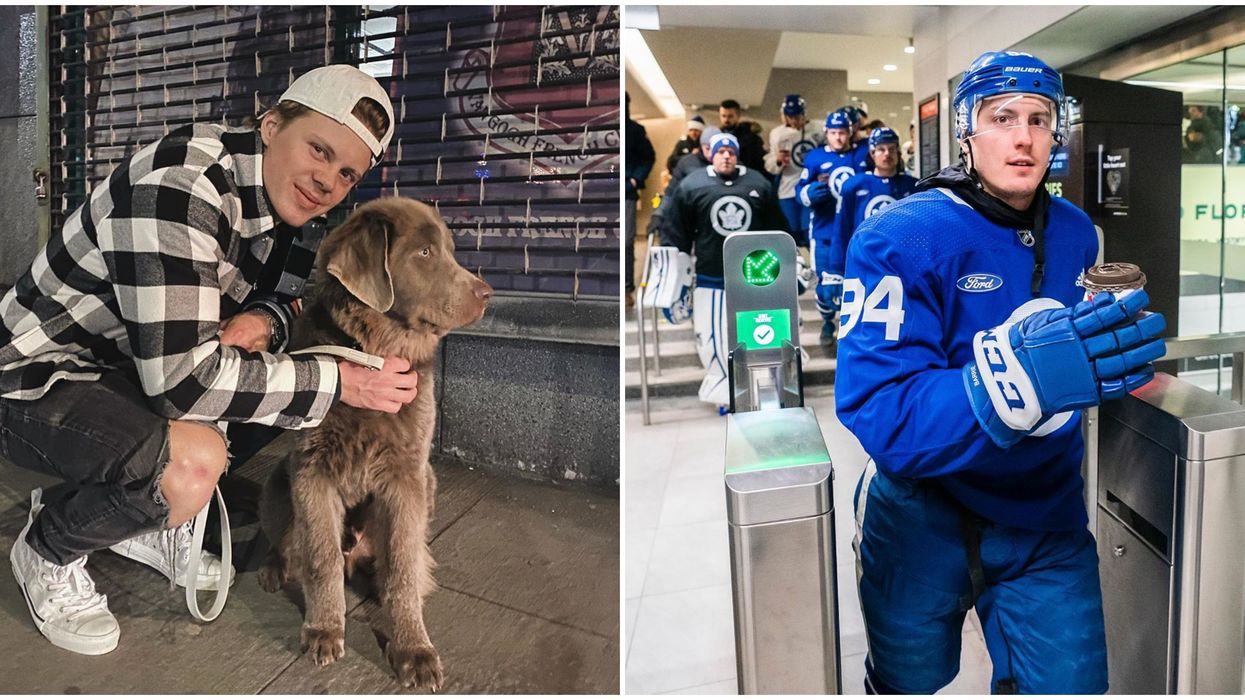 From Arizona to Russia, the Toronto Maple Leafs have so many places they call home. But no matter where they hail from, the team's stars are slowly becoming real Torontonians and we’re completely obsessed. Who knew we’d all have so much in common with these elite athletes?

Whether they’re skating with their dogs in Nathan Phillips Square, hitting up the Toronto restaurant scene, or dropping Canadianisms at every turn, the Leafs are truly weaved into the fabric of the city.

And if you’re in the right place at the right time, you might even spot them wandering around the 6ix.

After all, they sometimes ride the TTC too, let’s not forget.

From the rink to their Toronto or Etobicoke homes and every Raptors game in between, you never know where you’ll see this team flexing their Toronto pride next.

They can be spotted sipping Tim Hortons on the subway, getting cozy in Justin Bieber hoodies, and sporting hats from local Toronto restaurants.

After all, they're just like you and me. Almost, anyway.

Like Auston, we've all made some questionable online shopping choices, but a sign that says "Oh for sure" is just so Toronto it hurts.

It's Kapanen All Over Town

Whether they're wandering around the mall or checking out the Toronto restaurant scene, there's no denying just how cute Paige Lorenze and Kasperi Kapanen are.

Soup's On For Ilya Mikheyev

In his now-iconic first post-game interview, the Russian Leafs player revealed he loves soup and didn't understand why Torontonians don't eat much of it. Luckily, Campbell's Canada stepped in to show him what's up.

Later in the interview, Mikheyev expresses just how hard it was to find a condo in the 6ix. Now you're truly Torontonian, bud.

Growing up just outside of Toronto in Ayr, it's perhaps no surprise that Kyle Clifford had the same over-awed fan moment that we'd all have upon walking into the Leafs locker room.

William Nylander rocking a Sugo hat AND being voted best dressed on the team is a true Toronto triumph, if you ask us.

The Leafs love a good Raps game as much as the rest of us. They even keep a Raptors game ball in the locker room and hand it out to the best player after a win. Cute.

Seen here carrying on the Raptors game ball tradition, Campbell might just be the most Canadian player on the team, despite being born in Michigan.

You can catch him post-game apologizing for losses that weren't his fault and dropping supportive Instagram comments on his teammate's posts.

He even volunteered to drop his "Soupy" nickname so Mikheyev could have it. We stan.