A valiant effort from Mitch and Co.! 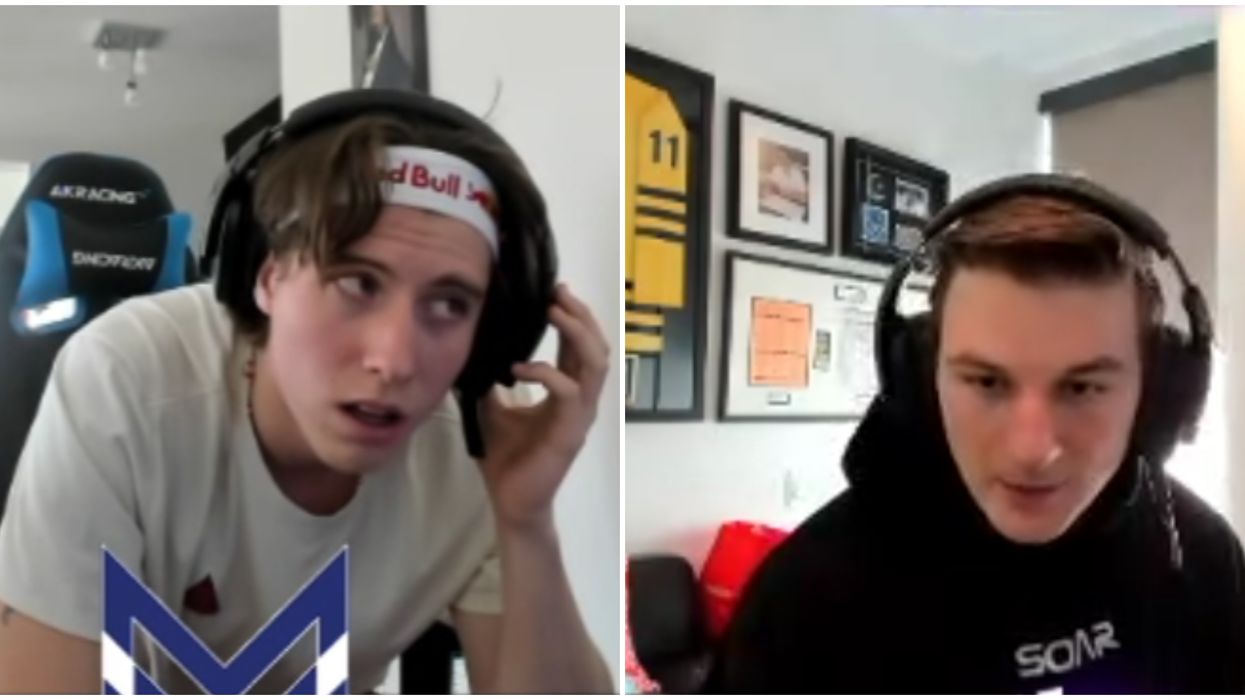 When hockey’s away, the Leafs will play. Video games, that is. Well, they'll certainly try to. A Toronto Maple Leafs video game stream starring Mitch Marner, Zach Hyman, and Frederik Gauthier went live on Twitch today and, to be honest with you, it was a pucking hilarious mess.

Hyman and Goat were online on time, ready to play, but Marner was nowhere to be found.

When the 22-year-old winger finally joined his teammates, he explained that his late arrival was due to some server issues.

Both Marner and Hyman were running their own streams, which had fans torn on who to tune into.

Unfortunately, the star trio continually struggled with audio issues throughout, with fans only able to hear one of Marner or Hyman, depending on which stream they chose to watch.

One thing that supporters did head loud and clear, though, was Mitch's foul mouth.

“Everyone's saying watch your language, I think I swore," Marner announced after peeking at the chat.

"I said the S-word, that's not a swear, are you kidding me?” he added.

And all this, after he had given his girlfriend Stephanie Lachance trouble for dropping the same S-word earlier in the stream.

Thanks to Marner's initial absence, one lucky stranger even got the chance to momentarily play Call of Duty with Hyman and Gauthier.

Later, during their Fortnite play, more fans hopped in and played a round with the Leafs stars.

Um, we’re only a little jealous, we swear.

Though, it's not the first time Hyman has enjoyed games with fans.

About an hour into gaming, the audio issues got even worse, with Marner’s stream turning into a fuzzy robotic-sounding mess.

“Everyone's shredding my mic, what’s going on with that?” Marner finally noted.

And shred they did.

“It sounds like the monster from the upside-down,” one fan exclaimed in the chat.

“My god, you sound like a demon,” another added.

Eventually, Marner was forced to turn his stream off entirely to eradicate the issue.

Beyond the audio issues, the actual gaming was pretty chaotic as well.

But with smiles on everyone's faces, it was all just light-hearted fun.

And despite the numerous streaming issues, fans were pretty happy to get some live Leafs content during this current NHL break.

Marner announced that now that they're "just chillin'," he might start streaming more on Twitch.

So, if you're missing hockey as much as the Leafs players clearly are, be sure to keep your eyes peeled for more chaotic fun in the future.