Your property ownership dreams can become reality ... sort of. 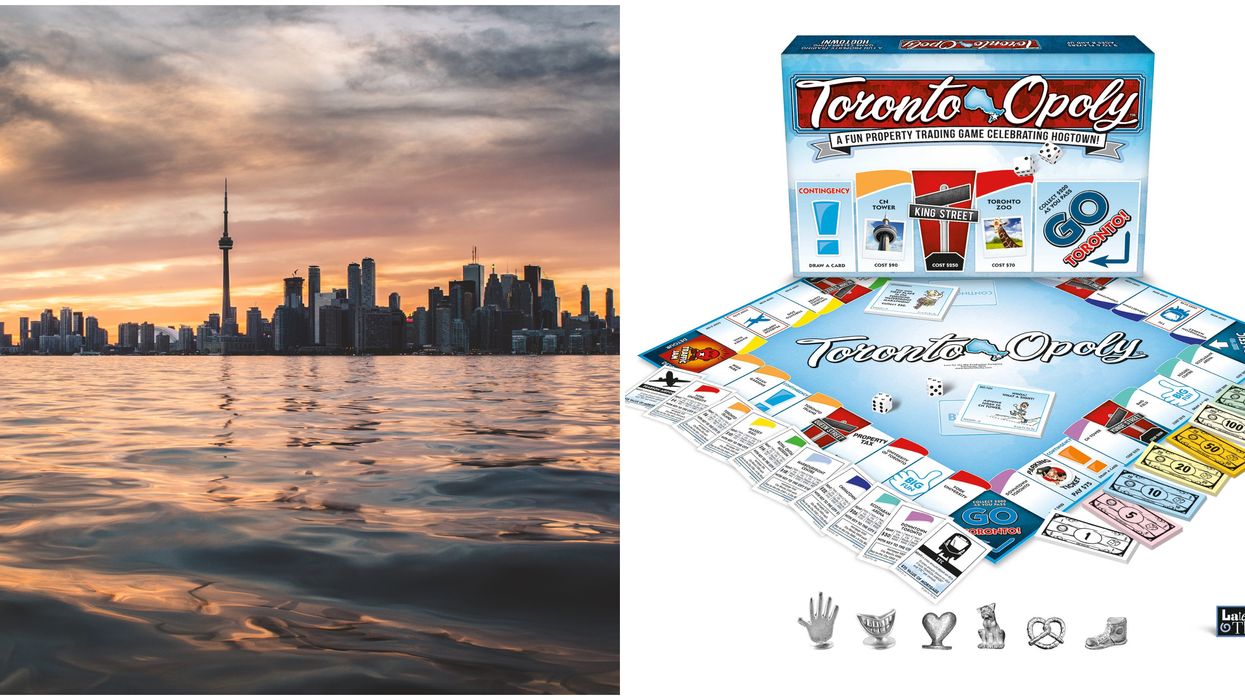 If you're in Toronto and still have a lot of places to discover across the city, this board game might give you some good ideas. You can explore the city on a whole new level with a fun game of Toronto-opoly. This Toronto Monopoly game, a spin on the classic, will take you on a trip across some of the most famous landmarks the 6ix has to offer.

If you've never been to Casa Loma, well, now you can go!

Outset Media, a Canadian supplier and manufacturer of toys, games, and puzzles launched this limited-edition board game that celebrates all the great things about Toronto and what the city is known for.

Toronto-Opoly is available for a limited time only at Walmart Canada. So, if you've always wanted to see Toronto represented in Monopoly form, make sure you don't miss your chance.

This version of Monopoly retails for $29.93 and is only available at six Walmart locations in Toronto:*

Outset Media told Narcity that 64 units have been sold since the game hit selected Walmart shelves earlier this month.

You can expect to see landmarks and events like Casa Loma, Scotiabank Arena, the Hockey Hall of Fame, the CN Tower, and so many more!

If you're a Monopoly fanatic and want to know a little bit more about the game, Toronto-opoly's most expensive properties include the downtown core, the CN Tower, and Scotiabank Arena.

If you end up playing on a budget, the more affordable properties are Toronto Island, Allen Gardens, and the University of Toronto.

With this game, you can take a walk down to King Street or across to Kensington Market and you won't even have to break a sweat!