Mike Gentile of Toronto gets seriously hurt after taking his daughter tobogganing in Centennial Park. 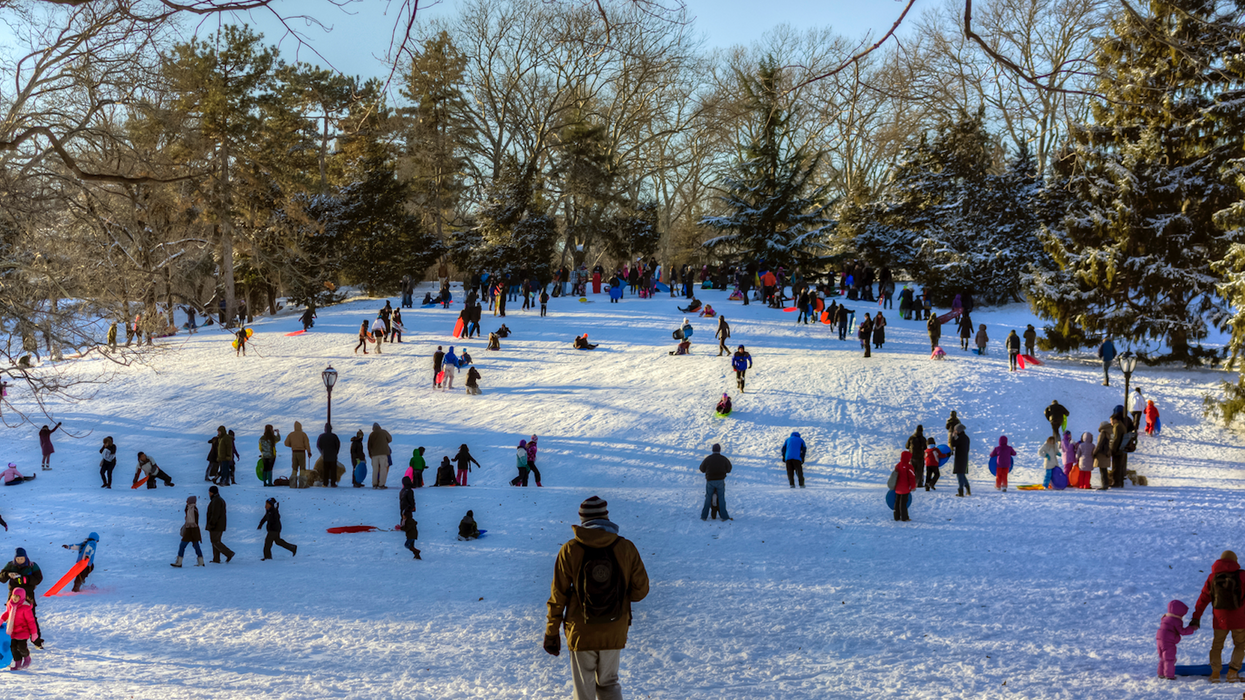 A 40-year old father of two is fighting for change after a fun day out with his family took a bad turn. Mike Gentile of Toronto decided to take his eight-year-old daughter to Centennial Park, a regular hangout spot for families in Etobicoke, to shred some snow on the toboggan hill. But after a few hours of riding down the smaller hills, the two decided to tackle something a little steeper.

An "unofficial" toboggan hill close to Centennial Park Arena is a popular sledding spot for kids. However, as the Gentile’s quickly found out, the hill is unsanctioned by the city for a reason.

“As soon as this little sled took off with my daughter sitting on my lap, I could feel everything underneath me — it felt like a rock, It all happened so fast,” Gentile detailed about the horrifying ride that left him with severe injuries to his back, according to Toronto.com.

Gentile and his daughter were both flung from their plastic sled after launching into the air twice, crashing into the rocks. Thankfully, eight-year-old Georgia was uninjured, but her father was not so lucky.

Gentile was rushed to Etobicoke General Hospital where he learned that he tore his rotator cuff, fractured his tailbone and had compression fractures on his t12 vertebrae. Gentile is now in a back brace and has been using a walker to get around for weeks. It will be a few more weeks before doctors will permit him to start physiotherapy.

Since his accident, Gentile has become an advocate for new safety measures at Centennial Park. The concerned father is urging city officials to either block off the hill or install visible warning signs to inform kids and parents of the possible dangers.

READ ALSO: Toronto Will Finally Have Nice Weather This Week

“The issue is, there’s no clear signage. It wasn’t evident to us that this hill might not be safe,” Gentile explained.

According to city officials, there are several signs warning sledders to avoid the hill, but those signs were not seen by Gentile and his family that day. It is uncertain at this time what measures will be taken to prevent future incidents on the hill.