Clean up after yourself, Toronto! 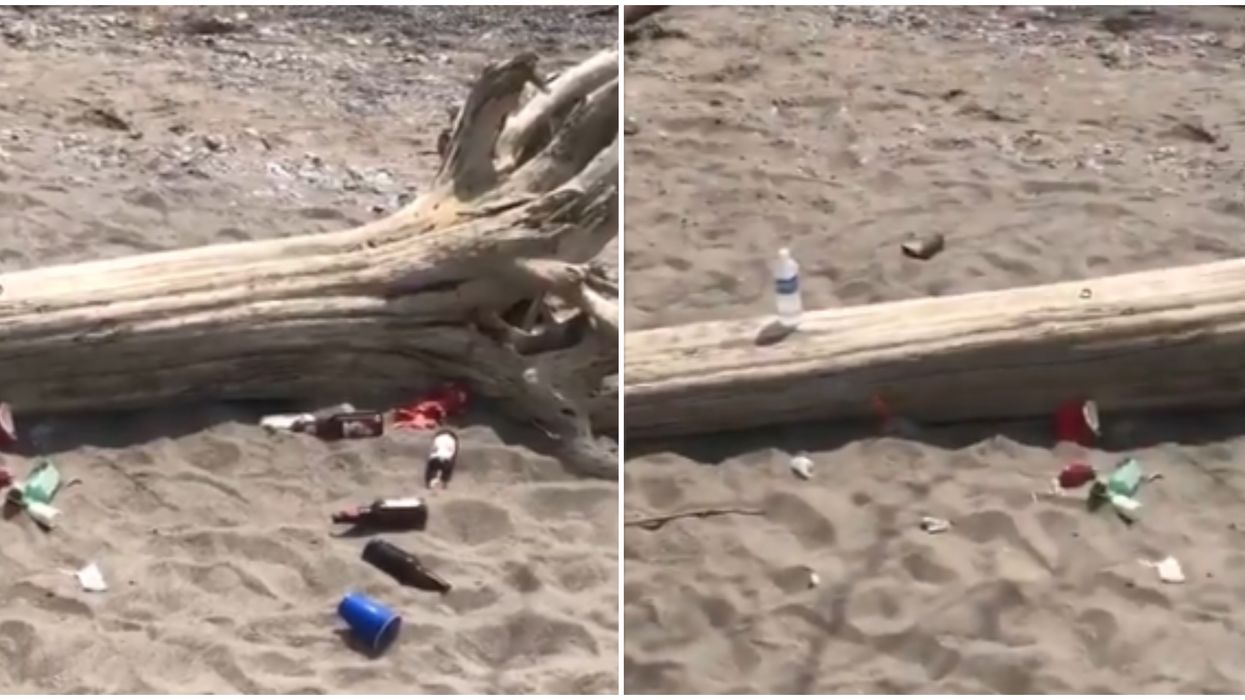 So much for respecting the environment. Some Toronto parks and beaches are looking more like landfills rather than recreational spaces as people begin to reclaim space in the warm weather. The public has been littering all over the place.

As the 6ix begins to feel the summer heat take full control, more and more people are heading outdoors to bask in the sunshine and make the most of their days.

With loosened restrictions and Toronto reopening about 850 parks and recreational areas in the city, the public has been taking advantage.

But as people begin to gather again outdoors, it seems like they also forgot about the existence of trash cans. At least, it looks like that as images of garbage being thrown all over the ground continue to surface.

The chaotic scenes at Trinity Bellwoods hit the headlines this week after flocks of crowds swarmed on the space despite the social distancing measures still in place.

Toronto Police Officer Kyriakos Papadopoulos shared a video onto Twitter while he was at Scarborough's Rouge Beach on Wednesday, May 27 and he was not impressed with what he saw.

"This is disgraceful. I know we've all had fun by beaches but we always cleaned up after ourselves. Not leave potential hazards for children to hurt themselves. Plus the environmental impact. Disappointed Clean up your litter," he wrote.

This is disgraceful. I know we've all had fun by beaches but we always cleaned up after ourselves. Not leave potent… https://t.co/IO47XJcVy9
— PCPapadopoulos (@PCPapadopoulos)1590594038.0

@fordnation Something NEEDS 2 b done 4 all the IDIOTS who did this to these areas. Completely disrespectful & incon… https://t.co/MPdZKHriAf
— CanadianRose (@CanadianRose)1590603790.0

A significant amount of trash can be seen just in one small section of the beach during the brief video.

From that footage, at least, it appears Torontonians still haven't been too concerned with keeping areas clean in recent days.

The lockdown protestors at Trinity Bellwood’s Park left piles of trash everywhere for city workers to pick up this… https://t.co/zWrbG1Kkda
— mandahadi (@mandahadi)1590320743.0

#Toronto #JohnTory It looks like some people had something to celebrate last night. Pizza boxes, bottles, garbage a… https://t.co/yy7Idi216t
— Ducky Smockton (@Ducky Smockton)1590325273.0

That comes just days after reports that some people who were at Trinity Bellwoods this past weekend treated the area like a giant bathroom and even defecated on people's lawns in some cases.

The truth is that Toronto has been experiencing increased trash pileup for some weeks now.

At the end of April, 311 Toronto was being overwhelmed with calls about vital PPE being dumped all over the city.

And that issue of piling garbage has been seen across Ontario as people have decided to throw out their trash on to roadsides and away from visible garbage bins.

Although we've been stuck inside for the most part since mid-March, that doesn't mean we should forget how to be environmentally conscious.