It's YYZ's busiest day of the season on Friday. 😳 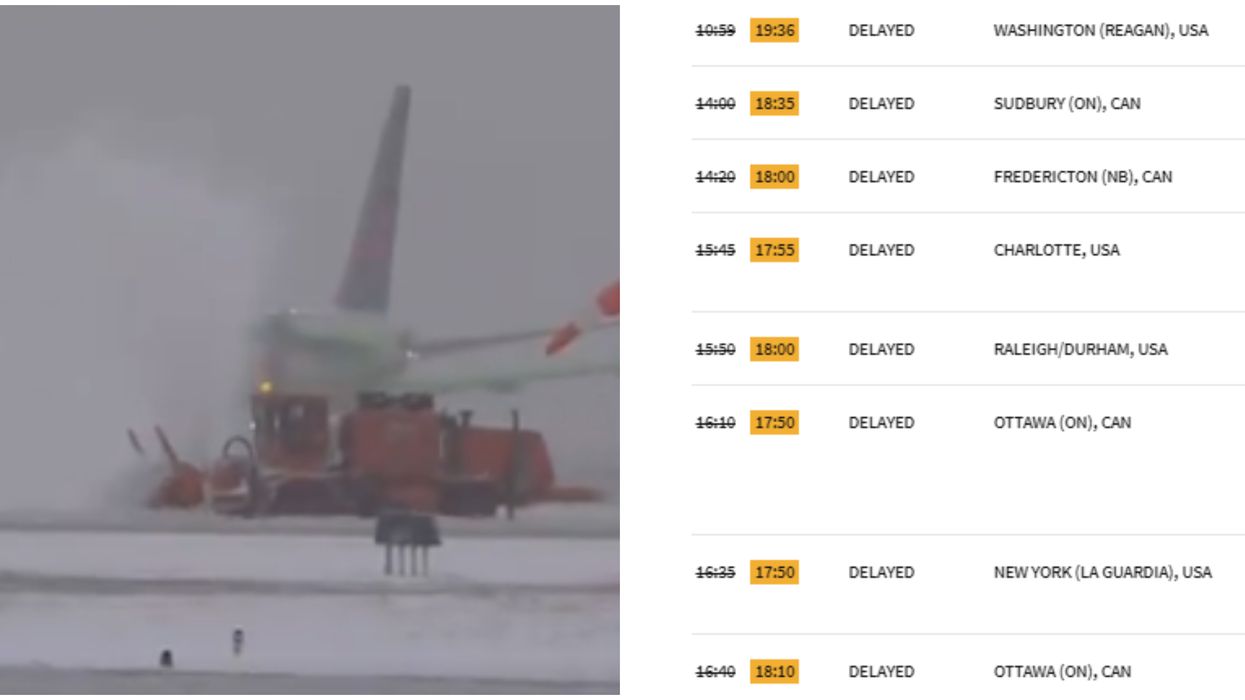 The holiday season is a busy, busy time for travel, whether it's people looking to visit family or attempting to flee the winter weather. But Mother Nature has already decided to put a dampener on thousands of people's travel plans by hitting southern Ontario with heavy and steady snowfall throughout Thursday morning and afternoon. Toronto Pearson Airport officials have warned passengers will be facing delays for the majority of scheduled flights.

We're just one day away from the busiest travel day of the festive season at YYZ. Narcity was told earlier on Thursday that around 140,000 passengers are expected on Friday, December 20 alone.

But ahead of that hectic day, there was some bleak news for those looking to catch a flight in or out of Pearson on Thursday, December 19.

Workers are attempting to ensure the runways and other airfield areas are safe for use.

A video shared in that tweet shows Pearson's heavy machinery attempting to clear a large amount of snow from runways and other areas.

It certainly looks like tough conditions in which to run an airport. We don't envy the staff.

And a look at the current status of flights illustrates the extent of the damage to plans.

A quick scan of the arrival and departure times on the airport's website spells out a clear message - DELAYED OR CANCELLED.

Unfortunately for those who thought they may be ahead of the game by flying out today instead of over the weekend, the wintry weather has called checkmate for many on that score.

Fortunately, the forecast for snow is relatively clear for the rest of the week, save for chances of a few flurries Friday afternoon.

It's not the first time — or, surely, the last — that Pearson has experienced significant delays and cancellations this winter. Remembrance Day this year, for example, was a bad, bad day to be flying.

The chaos caused by the snowy conditions hasn't just been in the air and on runways, though. Not by a long shot.

Road accidents were reported across the GTA, with the worst seemingly being a 20-car pileup on Highway 400 near Barrie. Thankfully, no serious injuries have been reported, although the investigation continues.

If there is a silver lining for some passengers experiencing delays, it may be in the fact that in future situations of extreme delays or cancellations, they'll be able to pass the time with a drink at their leisure.

As of right now, though, the weather is doing a pretty good impression of the Grinch when it comes to spoiling people's holiday plans.