The suspects are stealing credit and debit cards. 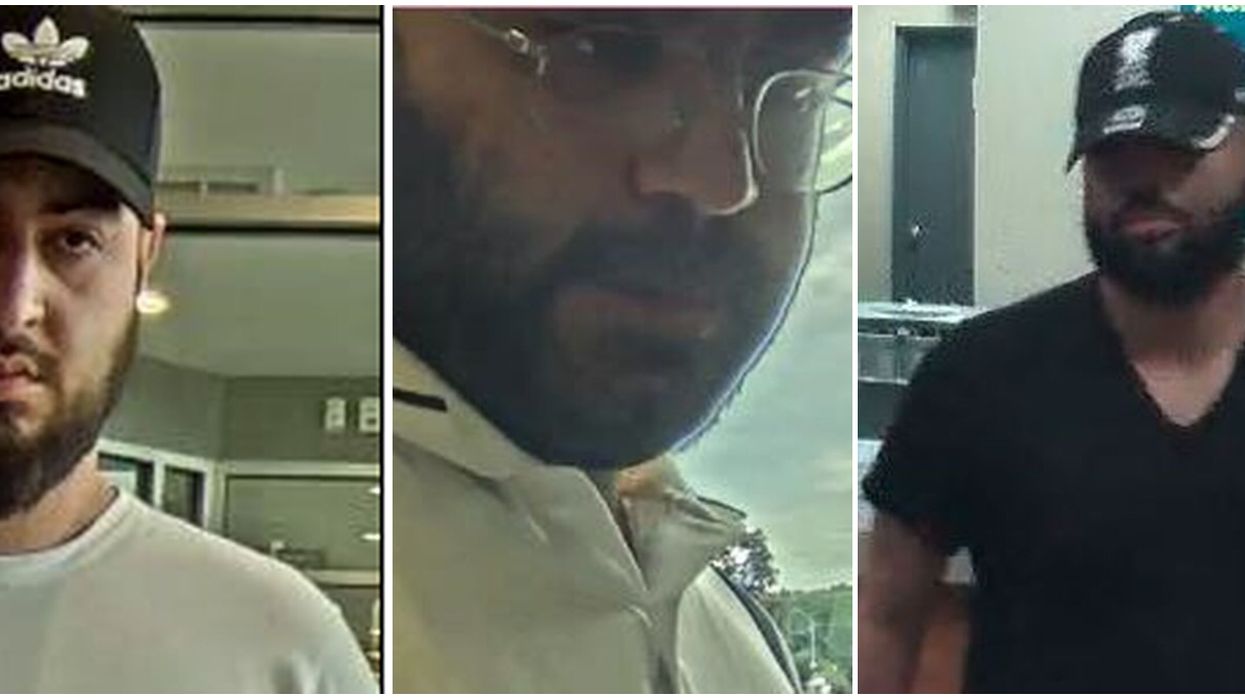 Some Toronto residents hoping for a delicious pizza are having it delivered with a side of fraud. Police are on the hunt for three men committing fraud in Toronto through pizza deliveries throughout the city and the GTA. Toronto Police Services provided a news release to the public, warning people to be on the lookout for the suspects especially if they're ordering pizza any time soon.

According to the news release, the three alleged fraudsters had been intercepting pizza deliveries claiming to be the customers. They would then take the pizzas to the correct addresses and have the actual customers pay with their credit or debit cards. That's when they made their move.

The suspects would either pretend their debit machine wasn't working or they would 'accidentally' leave it in the car. When the suspects went to retrieve the machine, they would switch the customer's debit card with a fake one. After that, they would hit up an ATM and get cash using the stolen card.

In one instance, a victim called police immediately after having his pizza delivered. He apparently felt something was off because the pizzas were not being carried in an insulated bag like the ones many pizza places use.

The case is being investigated by Toronto's Financial Crimes Unit. The police have not released the names of the suspects, nor have they identified which pizza place has been compromised by this particular scam. They have, however, released security footage of the three suspects.

Toronto Police are asking anyone with information about the suspects to provide information by contacting them directly, calling Crime Stoppers, or leaving a tip on the dedicated police tip page on Facebook.

It may be easier to just use a card to pay for pizza, but any Toronto residents getting some pies may just want to pay with cash for the time being.