Major crime indicators are reported for each area of the city. 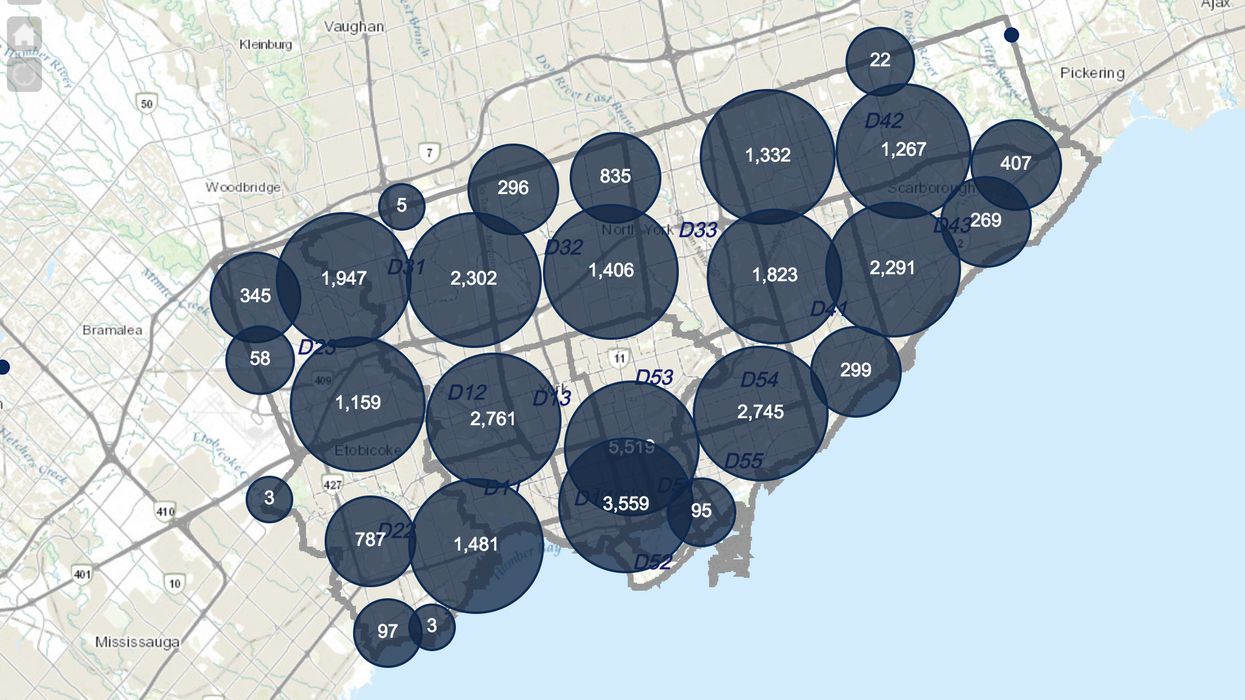 The Toronto Police Services recently launched an interactive map that shows crime statistics in the city by neighbourhood.

The Public Safety Data Portal reveals data on everything from major crime indicators, traffic, homicide and fatal collisions. Users can filter by date and area, with retrievable data available as far back as 2005.

The portal’s Crime App feature is particularly interesting, as it gives an insightful summary for each neighbourhood and the city as a whole:

This year, the map reports a total of 31,099  crimes in Toronto so far. These include incidences of assault, auto theft, breaking and entering, homicide, robbery, sexual violations, shootings and scams.

The downtown core appears to have the most incidences criminal activity, with a reported 3,020 crimes committed so far. Of these crimes, assaults are apparently the most frequent type.

Other areas with high crime numbers include some areas in Scarborough, North York and East York.

Crime statistics for all other neighbourhoods can be accessed by clicking the black arrow at the base of the map.

How safe is your neighbourhood? Check out the map here.