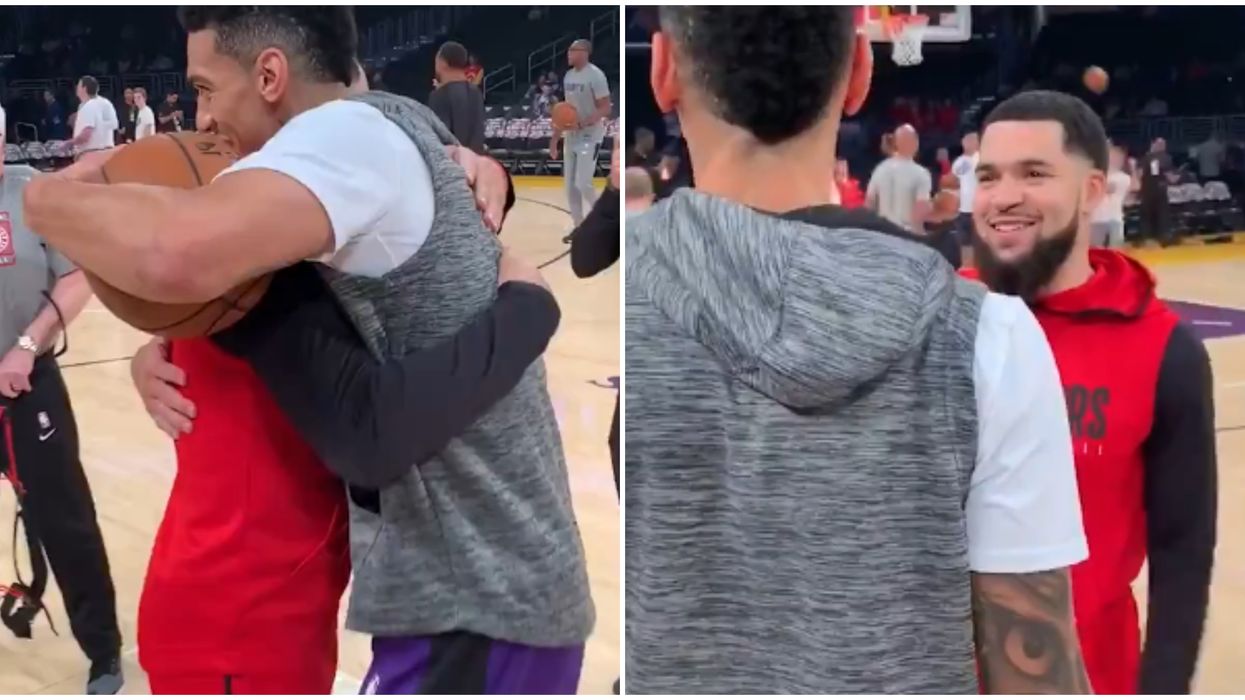 It's always an emotional night for fans when former teammates play against each other for the first time. However, for the Toronto Raptors, who won the championship during the 2018-2019 season, it's even more significant because they are facing off against people who helped them make history. Danny Green was spotted hanging with his old teammates on Sunday during a pre-game practice ahead of the Raptors bout against the Lakers, who the player signed with after becoming a free agent in the 2019 draft.

It was all love during the heartfelt meeting, which isn’t really that surprising, I mean, how can you be mad at a guy who a few months ago helped you win a championship?

The Raptors Twitter page even posted a short video of Fred VanVleet and Green hugging it out, and it didn’t take long for fans to hop onto that thread with all their gooey emotions about the reunion.

“To many emotions going through my mind,” wrote one fan, who clearly still dealing with the fact that Danny is no longer a Raptors.

“Wish he would have stayed too,” added another fan, who still isn’t over it.

But, what did his fellow player’s having to say while reflecting on the loss of Green?

“He was great. He was very energetic, upbeat. He talked a lot, but really just helped guys and gave as much knowledge as you asked for."

"From the day I met him, I was asking him questions about everything, from plays to off the court stuff and everything in between. He was good. He was very helpful for a lot of guys on the team,” VanVleet told TSN during a pre-game interview last night.

“I think Danny was excited to have an opportunity to be here and be a leader again. He learned a lot coming from Gregg Popovich in San Antonio, and he took advantage of the opportunity to show what he could do. And he’s one of the best shooters there is,” added Kyle Lowry.

Thankfully, the Raptors didn’t let their feeling for Green get in the way of their win, beating the Lakers 113-104 last night.