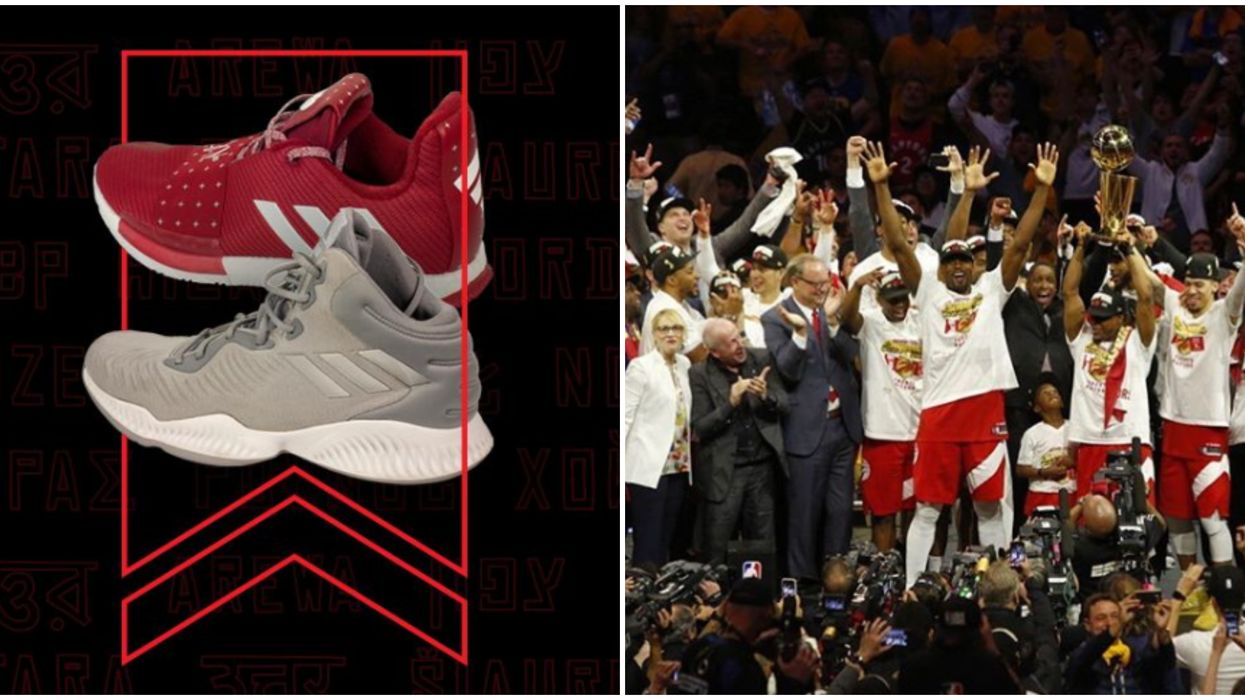 If you are a die-hard fan of the Toronto Raptors and are looking for a way to immortalize their 2018-2019 season in your life, boy do we ever have some good news for you. The team is offering fans a once in a lifetime opportunity to “own a piece of history” by auctioning off pairs of game-worn sneakers used during their ground-breaking NBA Finals run. You can’t procrastinate though because the auction ends Oct. 1st at 9 p.m.

According to the Toronto Sun, some of the biggest names on the Raptors roster are offering their shoes to the cause. Kyle Lowry, Danny Green, Serge Ibaka, and Fred VanVleet are just a few of the names participating in the auction, which will give all of its proceeds to the MSLE Foundation. The charity funds renovations of local athletic facilities and programs that help kids through sports.

Fans interested in participating in the event should download the Toronto Raptors app which details current bid prices and which players' shoes are still up for grabs, just don’t expect it to be cheap. Pascal Siakam’s hit the $2,000 mark on Monday, proving once and for all that people in Toronto really like shoes.

“Game-worn Nike KD 10s. The Shoe features a handwritten “RIP DAD” message in honour of Pascal’s father, Tchamo, who passed away in 2014,” reads a description for the emotionally-charged sneakers.

A pair of Kyle Lowry’s Adidas also broke into the $2,000 range, which isn’t that surprising given his legendary status in the city. At this point in his career, he could probably sell his old gym socks and make a couple of hundred dollars off of them.

The Raptor's current roster stole hearts earlier this week after they attempted to go bilingual.

Luckily for fans, not all the players' shoes are going to break the bank. Marc Gasol's and Norman Powell's sneakers are going for a more modest price both sitting in the $500 range. So, you can own Toronto history and still make rent, what more can you ask for?