Toronto Raptors Are "Not Satisfied" Even After Last Night's Historic Win

They've got their eye on a bigger prize. 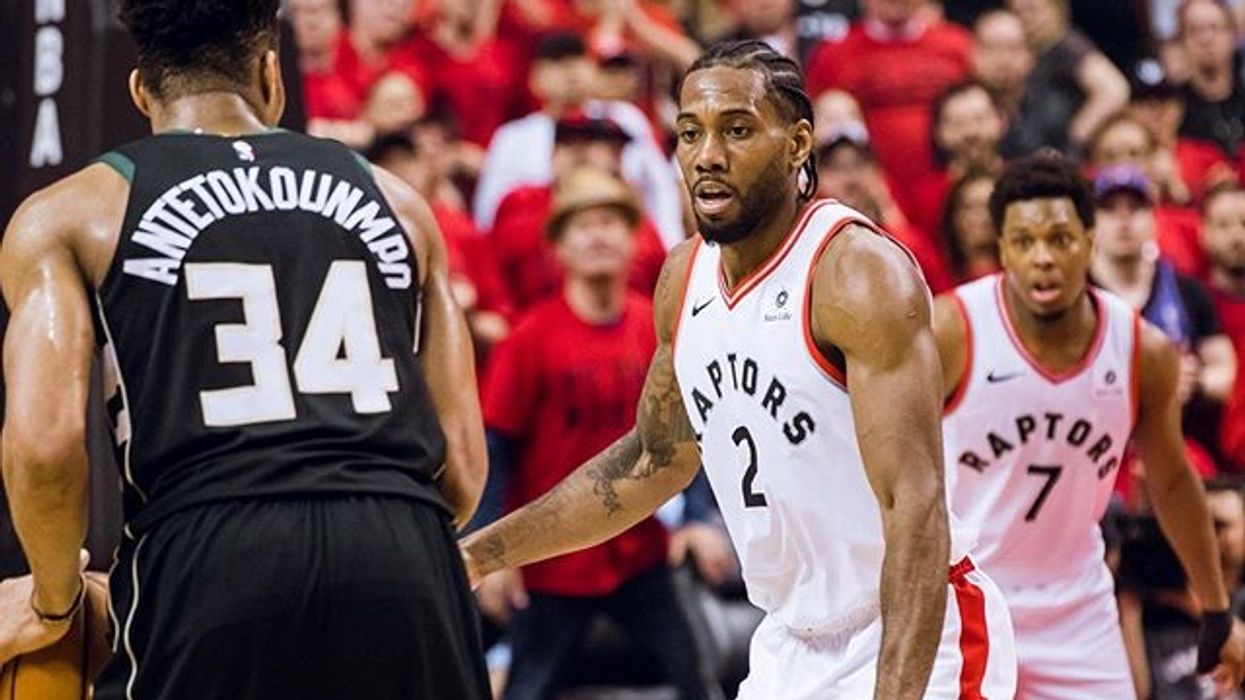 If you couldn't tell by all the confetti, all-night-long street parties, and celebratory social media posts, Toronto is really excited about the Raptors winning the Eastern Conference and moving on to the NBA finals, for the first time in franchise history. Of course, the team is excited too, since this is a major accomplishment. However, one theme emerged after last night's game. The Toronto Raptors are "not satisfied" even with last night's historic victory in the East.

Whether it was Kyle Lowry in a courtside interview or Raptors President Masai Ujiri upon receiving the Eastern Conference trophy, multiple members of the Toronto Raptors last night said the exact same thing, that they weren't satisfied. While you might be asking, how could you not be satisfied after the biggest win in your team's history, the Raptors have something even bigger in mind, the NBA Finals.

The first time the phrase was used last night was by Raptors Point Guard, Kyle Lowry. While Lowry was visibly excited about the win, even before the final buzzer, in a post-game interview on the court Lowry said "we're not satisfied" meaning that winning the Eastern Conference isn't enough and they're going to keep going to win it all.

Later in a post-game press conference, Lowry also said that last night's win was "one step to our end goal" which ultimately is the NBA championships.

The phrase was then used by Raptor's President Masai Ujiri when he accepted the trophy for the Eastern Conference Championship. While he was proud of his team, Ujiri also expressed that the team isn't satisfied, meaning even the upper management and team executives have their eye on a bigger prize.

Then the same messaged was shared by none other than Kawhi Leonard. In the same press conference with Kyle Lowry, the Toronto Raptor's superstar said: "Everybody here wants to get to the finals and win it, it’s not over yet."

As if saying it four times wasn't enough, one last Raptor had to again express that the team isn't satisfied with stopping here. In yet another post-game press conference, Norman Powell who plays Small Forward for the Raps told reporters that "the main goal is to win the championship."

In this case, not being satisfied is actually a good thing, because the playoffs and finished yet and thankfully neither are the Raptors. While the team is clearly ready and willing to take on the Golden State Warriors, they will have a few days to rest up and prepare for the NBA finals. Game 1 of the series will tip off on Thursday, May 30th at 9 PM ET, right here at home in the 6ix.