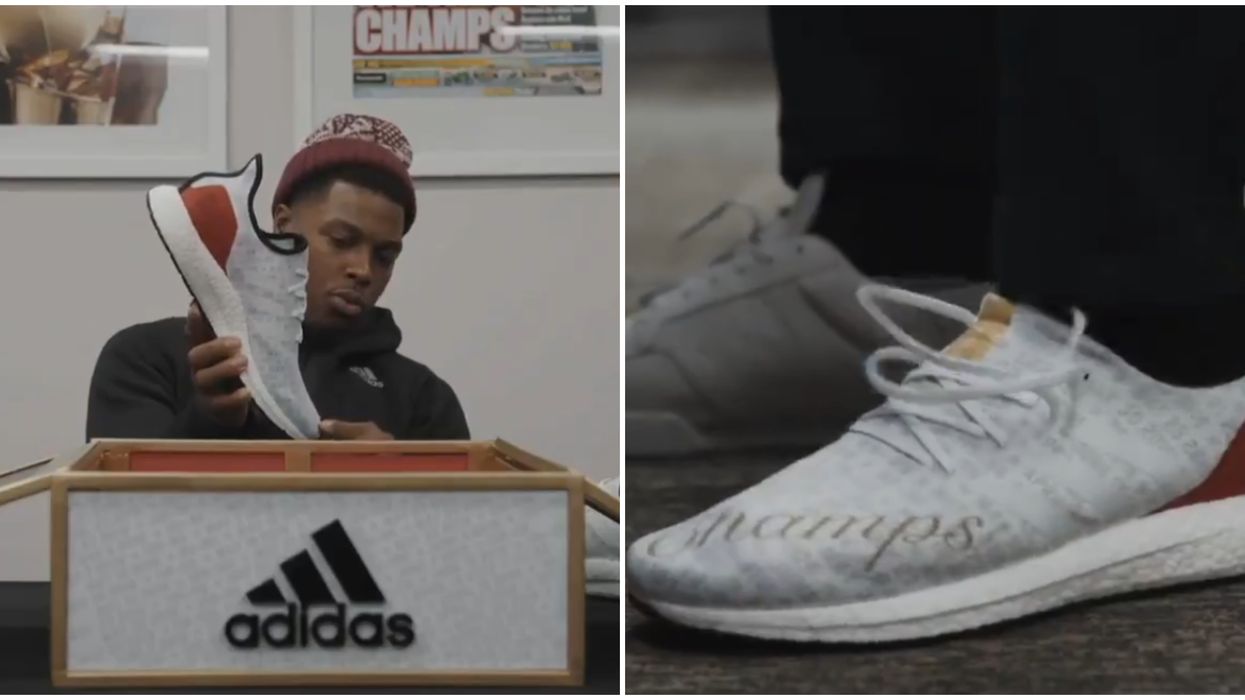 If you’re a die-hard Toronto Raptors fan, chances are you probably know a thing or two about cool sneakers. I mean, it's safe to say that basketball fans and sneakerheads usually hang out in the same circles. Kyle Lowry recently dropped a major announcement on the world of shoes. The player revealed that a super rare Raptors championship shoe would be hitting shelves, and if you want a pair, it's likely going to cost you more than just a pretty penny.

UPDATE: The Raptors just announced that you can reserve a pair of Adidas AM4 "World Champs" on November 17, on the Raptors Mobile App.

EARLIER: Kyle Lowry recently took to social media to share a promotional video for the shoes.

In the brief clip, it is revealed that limited-edition shoes are customized to feature every Raptors score from their championship season from April to June.

It is also worth noting that only 613 shoes are being sold in honour of the day that Raptors won it all, June 13th, 2019.

However, it's unclear at the moment when the sneakers are expected to go on sale or how much they will cost.

“The design is crazy I wouldn’t have even thought about it, I would love to wear them, but they are so precious,” Lowry jokes while describing the shoes.

Raptors fans quickly flooded to social media in response to the announcement, with many expressing a strong desire to own the shoes no matter the cost.

“Take my money right now,” read the first comment on the thread, and it really set the tone for what was to follow.

“These are fire. Where can I buy them?” wrote another about the mysterious new show.

Lowry, who is out of commission for the next couple weeks due to a strained thumb, was spotted hanging out on the sidelines with his former teammate Kawhi Leonard during Toronto’s face off against the Clippers last night.

The former teammates were all smiles as they met for the first time since Leonard left the team during his free agency back in June.