The 6ix is soaking in last night's glorious victory. 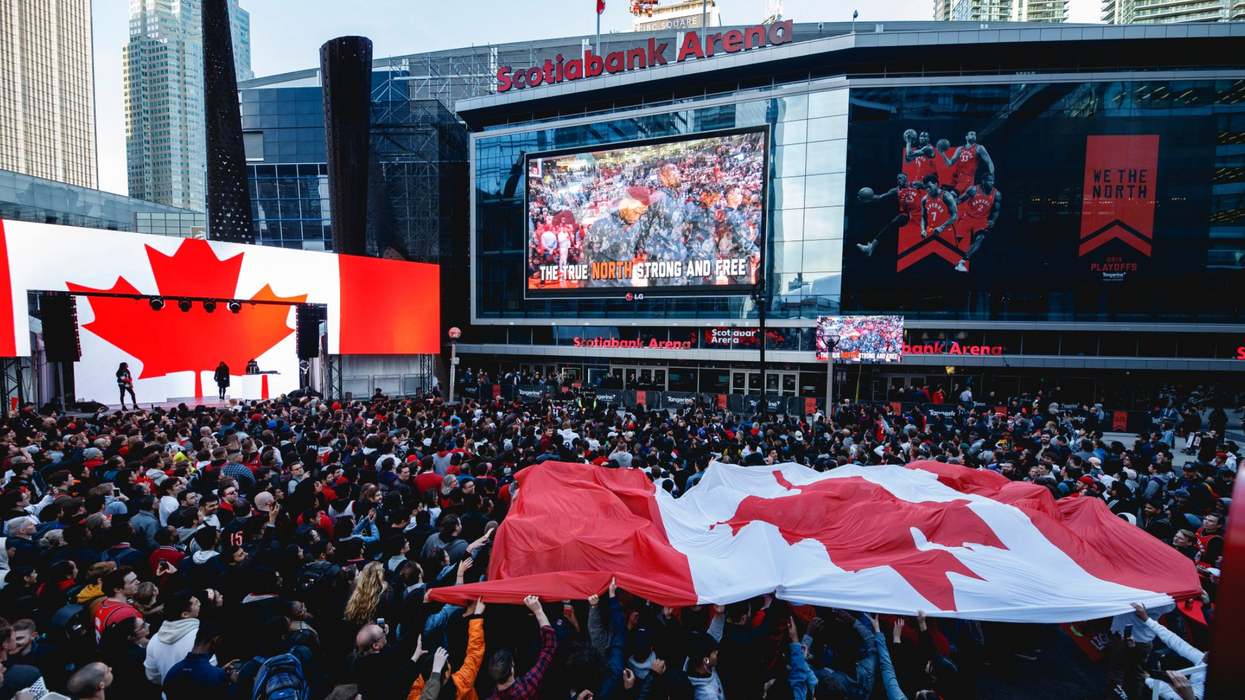 Toronto Raptors fans are steeping in the glory of last night's stunning victory right now and honestly who could blame them? I mean, the Toronto Raptors didn't just beat the 76ers, they annihilated them. So it makes total sense that fans would be on a high from the energy that Kawhi Leonard and his teammates ignited during Tuesday night's beatdown.

Toronto didn't just win last night; they made history. The Raptors secured their largest margin of victory in franchise playoff history. They now stand a chance of shutting down Philadelphia in Game 6 on Thursday and securing a place in the Eastern Conference Finals.

Perhaps, the most rewarding thing about the game is that it wasn’t just the Kawhi Leonard show again. That’s not to say Leonard didn’t play well, because he did, but it's safe to say that the whole team came together to win the game last night.

Raptors fans love Leonard so much that they even plastered a friggin mural of the guy onto a building on Queen Street West:

And that was before this even happened:

Even the sun is shining over the city today to celebrate:

Leonard racked up 21 points on 16 shots alongside 13 rebounds, four assists, two steals and no turnovers in just 36 minutes. Which, according to SportsNet, marks his ninth best game out of 10 during the Raptors playoff run, which is absolutely bonkers.

Kawhi managed only a single field goal during the entire second quarter, a glorious dunk just ahead of the horn. But the Raptors dominated the quarter 37-17 anyway, with everyone finally putting out to support their star player.

I mean just look at that dunk. Stupendous.

Things also got pretty wild in Jurassic Park outside of Scotiabank Arena:

One of the property brothers was even there getting turnt up; the game was just plain incredible:

I think this one speaks for itself:

Kyle Lowry managed to sum up the game perfectly during a post-game interview with SportsNet:

"I think tonight was one of those games where we let him rest a little bit, which is important," explained Lowry. "He had a big double-double, but he didn’t have to do everything offensively. Those are the things that we need to do as a team to continue to get better. We’re still going to rely on him a lot. We’re still going to rely on him to score and get buckets. But tonight, he did everything else. The level that he’s playing at … He didn’t get 38, but 21, 13 rebounds and 4 assists, some steals, that’s an impressive game."

The Raptors will face off against the 76ers once again this Thursday at 8:00 PM, giving Toronto fans another day to bask in the team's glory.