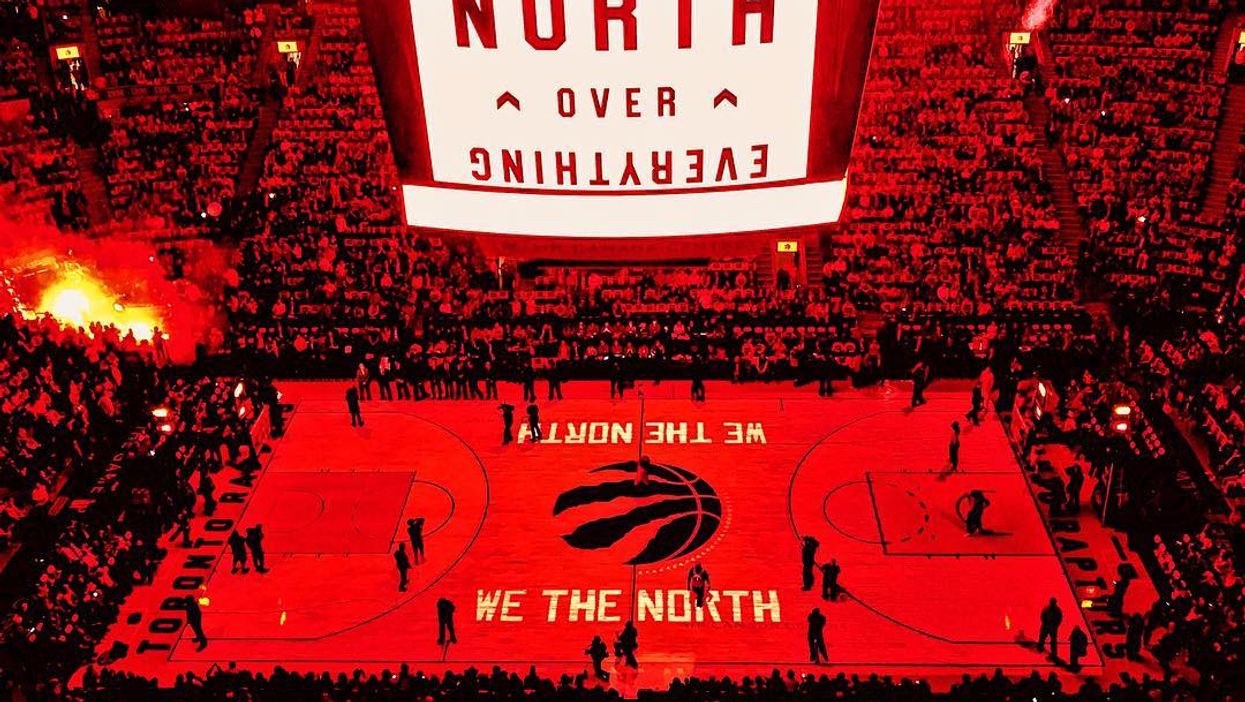 We will always be the North, but now the Toronto Raptors are upping the ante on the city's pride and asserting very loudly and clearly "North Over Everything."

The Toronto Raptor's new slogan and rally cry is far more assertive and hyperbolic than the previous "We The North" slogan that identified the team since 2014.

And maybe it was the new chant "North Over Everything" that helped them take the lead in last night's opener with a 17-point win over the Chicago Bulls.

This new, bigger and badder slogan might never have the initial appeal that "We The North" had, but it makes the following very clear to any of the teams' competitors: we're the best, we're proud, and Toronto (or perhaps more generally, Canada) comes first before anything or anyone else.

No more nice Raptors. The team is straight fire and is bringing a little more heat with this aggressive new slogan. And honestly, we don't hate it.

For a city that is all too familiar with the infamous "Toronto vs. Everybody" clothing by Toronto's Peace Collective, this new Raptors' slogan might seem like a bite off the local brand that made it famous.

But if anyone has listened to any of Drake's songs (which seriously, who hasn't?), he LOVES to use the hyperbolic phrase "_______ over everything" in nearly everything he does.

I be yellin' out, "Money over everything! Money on my mind!"
Then she wanna ask when it got so empty

Clearly, even though Drake is no longer an official partner of the team, his influence and association with the Raptors and everything Toronto is still very strong.

Variations of the slogan were seen popping up around the city in anticipation of the season opener, which tells us this new slogan has a lot of potential for spin offs that will be everywhere very soon.

We're not sure if he had any input into the new design for the "Toronto Over Everything" logo, but we're seriously digging it. Right now it is being sold exclusively at Real Sports. You can order and check out all the new swag here.