If jacket envy's a thing, we have it now. 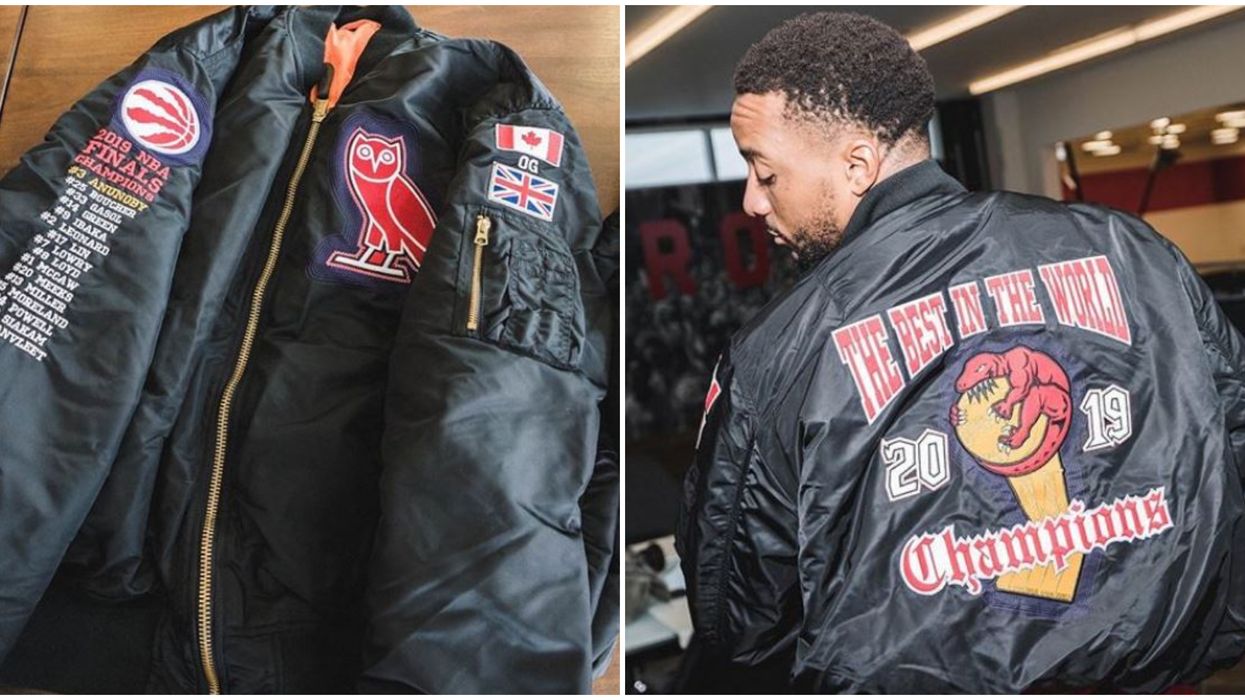 The Toronto Raptors are the defending NBA champions. The players have the rings to prove it, and now they've got another sweet memento of their success thanks to Drizzy. The Toronto Raptors-Drake bond grows ever stronger, and the Raptors' ambassador has now gifted each member of Toronto's NBA-winning roster with a custom-made championship jacket.

And, we have to say, they look amazing.

The Raptors players were obviously thrilled when they received their championship rings ahead of the new NBA season opener earlier this month. It turns out they were even able to make some custom adjustments to their own ring.

Well, now they have even more personalized swag as a reminder of their remarkable achievements.

Drake, the eternal Raptors' fanboy and global ambassador, has presented each and every member of the Raptors who was on the NBA-winning roster last season with a custom-made jacket.

The jackets were revealed by Fred VanVleet in an Instagram story on Tuesday afternoon, and he seemed pretty pleased with his own.

FVV's threads have "Steady Freddy AKA Twin" on one of the sleeves, with the slogan sandwiched between a Canadian flag and a U.S. flag.

Interesting to note is that Kawhi Leonard's surname is listed among the Raptors players on the other sleeve.

This strongly suggests Drake will be sending a jacket over to Cali for the NBA finals MVP and new LA Clippers man. Not that he'll wear it much in the LA sun, of course, and the same goes for the Lakers' Danny Green.

Not too long after VanVleet shared a video of the jacket on his IG, the Raptors' own IG account showed off the jackets in all their glory.

Drizzy, if you want to make these available for fans to buy, you can go ahead and sign us up, because they look amazing. Although, a word of warning: fans might end simply reselling them for big bucks like many did with their replica rings.

If anything, Drake's simply returning the favour with these jackets. Back in May, the Raptors gifted the superstar an eye-wateringly expensive OVO jacket.

Drake also has his own blinged-up championship ring, and he was clearly feeling the need to give back.

So now, not only are the Raptors NBA champions, but they've got some damn cool jackets to remind people of that fact.