It's got us in our feelings. 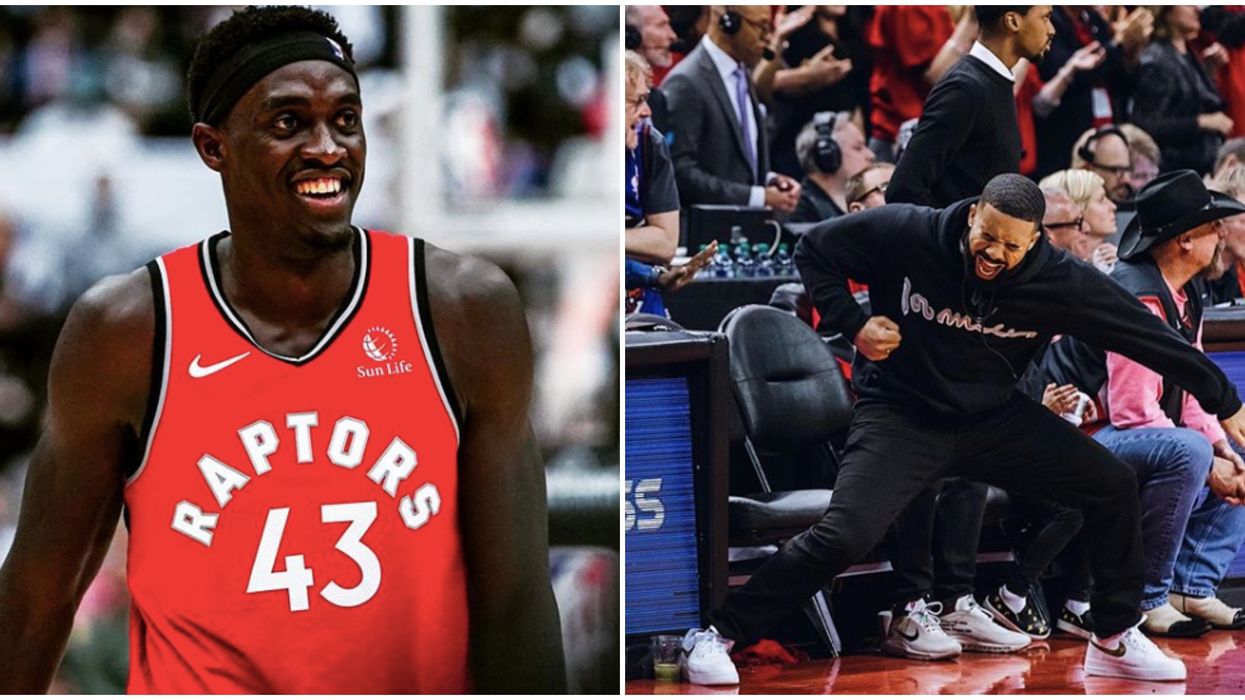 If you live in the 6ix, you definitely know a Drake song or two. And some of the city's basketball stars were put to the test to see if they could finish some Drizzy lyrics. Pascal Siakam, Norm Powell, and OG Anunoby took part in this Toronto Raptors-Drake challenge and the results are pretty funny.

Sportsnet interviewed some of the players and the only one who seemed to struggle just a bit was Siakam.

The three-minute clip saw OG and Norm play it super cool, no messing around. Siakam, by contrast, didn't know what was coming at him.

"Hotline Bling," "God's Plan", "Take Care," "Money In The Grave," and "In My Feelings" were part of the challenge.

It was a walk in the park for Powell and Anunoby who are evidently big fans of Drizzy, nailing every part. Drake, of course, is a Raptors ambassador so it only makes sense that the players know his stuff.

Just a few months ago, Anunoby was caught singing "Hotline Bling" with Patrick McCaw at a little round of karaoke during Serge Ibaka's birthday.

This time OG, Norm, and Siakam had to show off their singing skills because it's only fair.

At one point, Siakam had to stop and think when finishing off "Money In The Grave." Although he did say "bank" instead of "grave," possibly showing how financially savvy he really is.

Invest in the future! It's ok Siakam, we totally knew what you meant.

The guys seemed to be having fun, even jamming out to "In My Feelings" at the end of the video. Norm with the dance moves!

A few weeks ago, some of the Raptors were asked what they would choose if they had walkout music.

All in all, the players passed the ultimate Drake knowledge test and can keep their Toronto status in check.

Good job, as that might have made things awkward next time Drizzy was courtside at Scotiabank Arena.

He might even have tried to take back the championship jackets he gave them.