He said he was under the influence of alcohol. 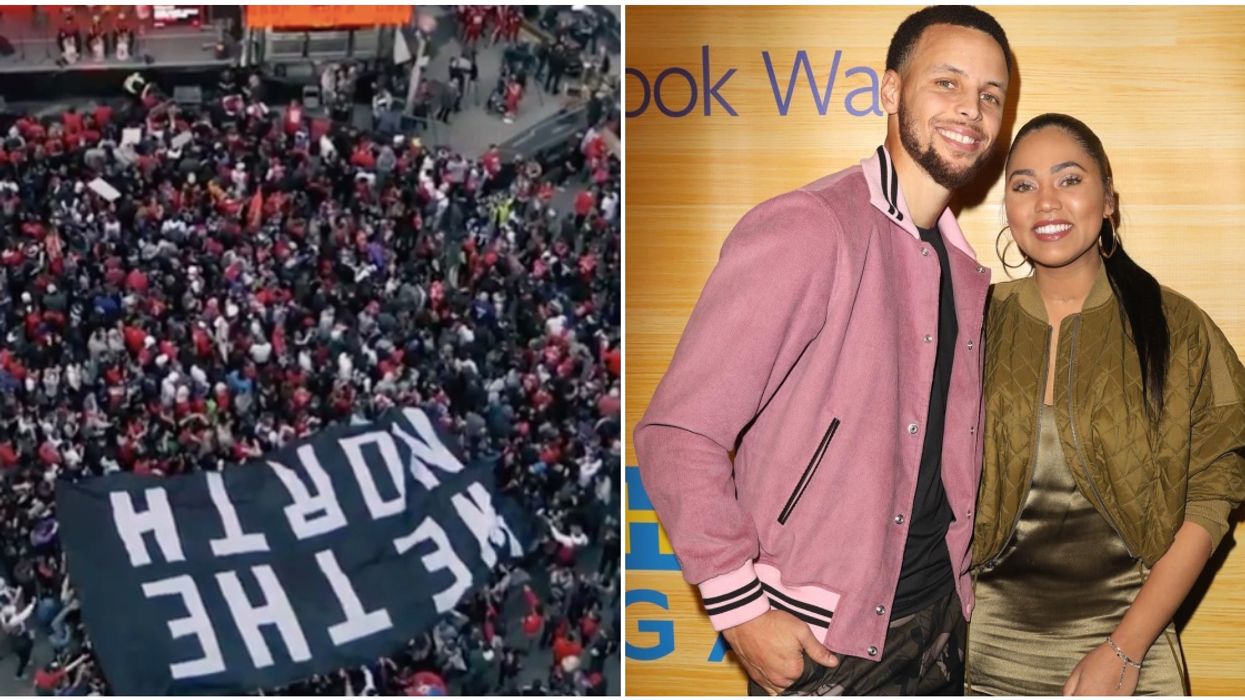 After Game 2 of the Golden State Warriors verses the Toronto Raptors ended, a Toronto fan was interviewed by CP24. During the live interview, the fan made an inappropriate remark about Steph Curry’s wife. The Toronto Raptors Fan was arrested for FHRITP comment about Ayesha Curry and will appear in court next month.

During the Sunday night game, the Toronto fan spoke with the live TV broadcaster, stated that "I just wanted to let everyone know: Ayesha Curry, we're going to f*** her in the p****.”After saying his comment, he laughed while his friends looked on, horrified and disappointed.

The video was plastered all over social media and was unsurprisingly met with harsh criticism. Since then, an investigation was conducted in an attempt to identify and arrest the man.

According to CityNews, Tristan Warkentin, 28-years-old, was the one who made the comments about Curry's wife. Police have now confirmed that Warkentin has been arrested.

He has been accused of uttering what police called “profane phrases.” He has been charged with mischief by interfering with the lawful operation of property.

Following the vulgar live comment and public outrage, Warkentin told the Toronto Sun that what he did was disgraceful. He also blamed his actions on alcohol.

“I’m not in a position to defend myself in terms of what happened. I am sure you understand the influence of alcohol,” he told the Toronto Sun. He also went on to state that he did not remember being there or doing the live interview.

Warkentin is scheduled to appear in court on July 11, 2019. According to the Canadian Legal Information Institute, everyone who commits public mischief is guilty of an indictable offence and liable to imprisonment for a term not exceeding five years.

This is not the first time something like this has happened. Earlier this year, a man was charged for yelling the same thing to a Kelowna, British Columbia reporter.

Following the incident, the reporter made her story known and filed a complaint to police. The man was charged with causing a disturbance after harassing the reporter during the on-camera interview.