This is the most Canadian thing ever! 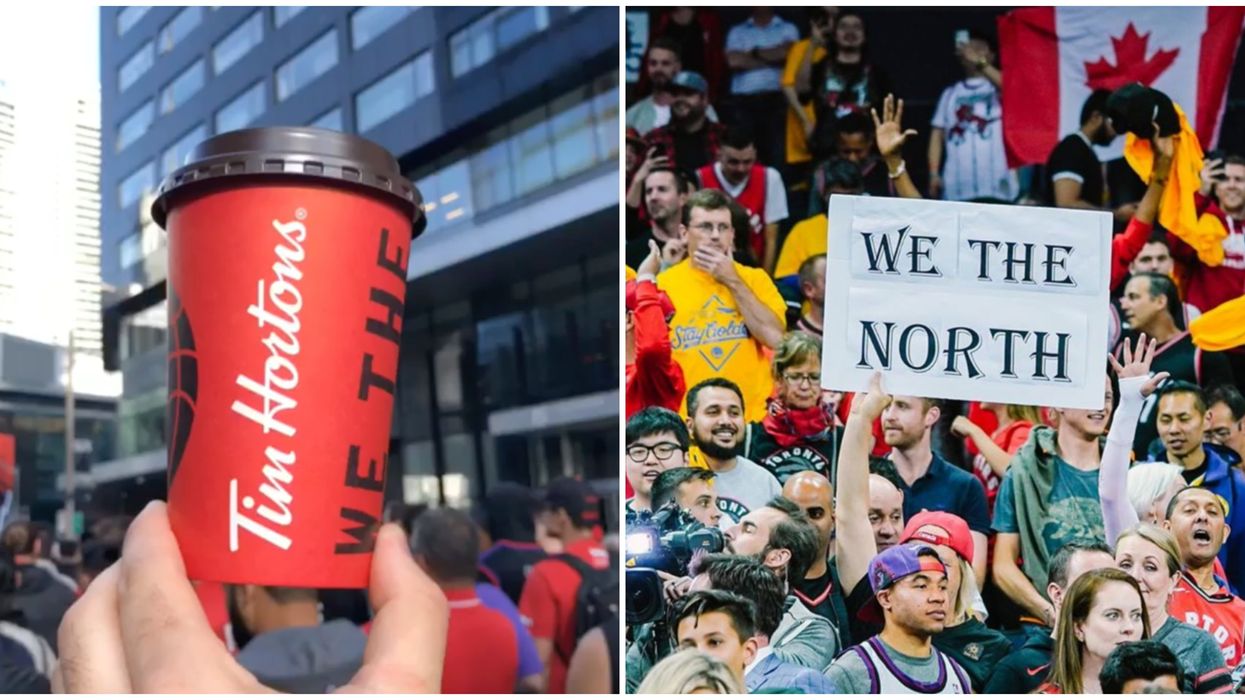 Game 5 is tonight, and the whole country is excitedly hoping that the Raptors makes history with a championship win. In Toronto, fans have been lining up for over 72 hours just to get into Jurassic Park to watch the game. Now, one Toronto man is making the long wait easier for those standing in line. A video of a Toronto Raptors Fan in Jurassic Park giving out free Tim Hortons has made it onto the Internet and people are so here for it.

This guy is going viral for all the right reasons. If this isn't the most Canadian thing ever, I don't know what is. Faith in humanity restored.

Raptors fans have been lining up for several days hoping to make it into Jurassic Park for Game 5 of the NBA finals. Torontonians have stayed strong and continued to wait in line despite facing rain, wind and downright cold weather. Some of the fans even won free tickets to the game after waiting in line for over 72 hours.

One Toronto man tried to make the whole experience a lot better. He started giving out free Tim Hortons coffee to the people who were waiting in line. The result? An adorable, wholesome video that will make you even more proud to be Canadian. Check out the footage below, which was posted by TSN.

Canadians can't get enough of this heartwarming video. Since it was posted earlier today, it has already gotten over 4,500 likes and 700 retweets.

One of the Twitter users even claims that this man is the father of a student who attended elementary school with her and confirmed that he is a great guy.

Hundreds of Raptors fans have already lined up outside the arena ahead of the game tonight. Many Raptors fans are convinced that tonight will be the night that the Toronto team takes home the championship title, and analysts have also forecasted that the Toronto Raptors have the highest chance of winning the NBA finals as compared to the Warriors.