The celebrations in Toronto got out of hand last night. 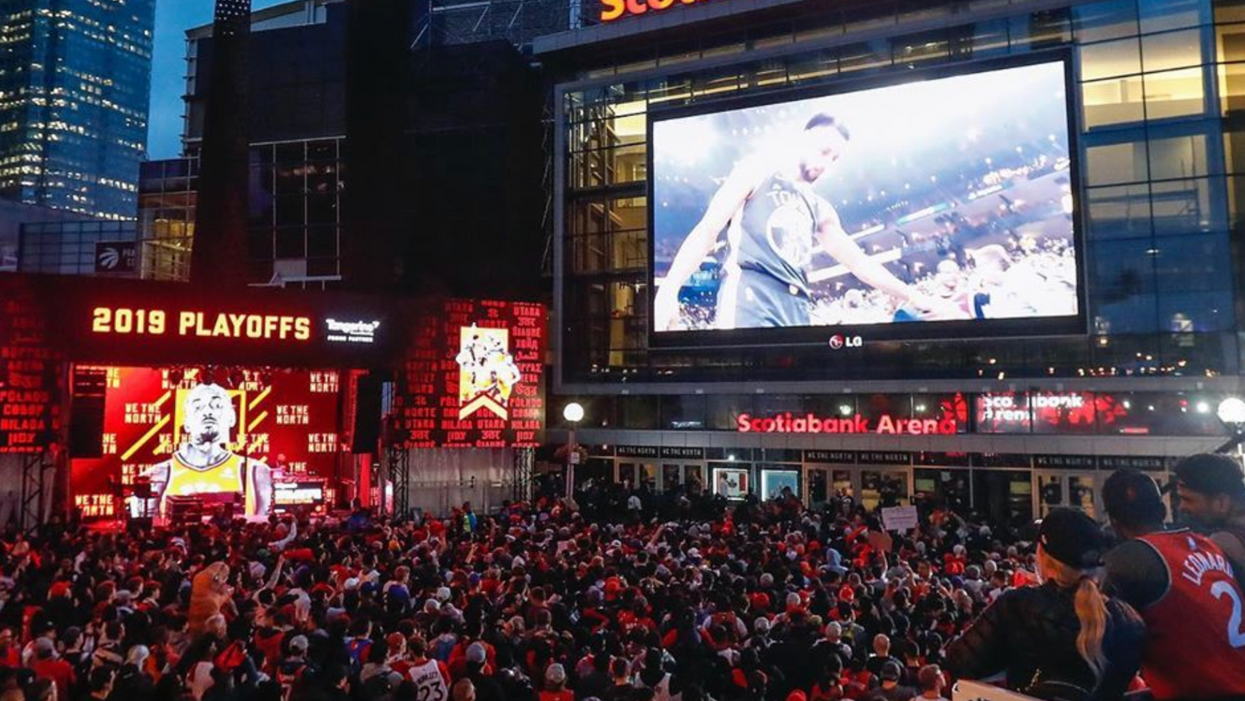 The Toronto Raptors have made NBA history. The Raptors defeated the Golden State Warriors, 114-110, in Game 6 of the Finals on Thursday night to take the series, 4-2, in an incredible performance at the Oracle Arena. Thanks to ecstatic Raptors fans, Toronto was turned upside down as thousands of people flooded the streets to celebrate.

It seemed like the whole city of Toronto was waiting in nail-biting anticipation as the close game trudged through the final seconds of its fourth quarter. When they won, the city erupted into chaos. Horns blared, hysterical screams engulfed the city and fans flocked to the streets by the thousands. It was the party of a lifetime, but naturally, things got pretty out of hand.

A police cruiser in the York Street Tunnel and a TTC bus got smashed by fans. Police tried their best to keep the crowd under control, but the sheer size of it made that difficult.

A TTC special events bus is towed away after being vandalized as thousands of fans descended on Yonge Dundas Square… https://t.co/wxkf5BVABL
— Kevin Misener (@Kevin Misener)1560508276.0

Fans were up all night, celebrating and causing trouble, climbing things and shooting off illegal fireworks.

The celebrations show no signs of stopping, either.

Fans ran through Toronto subway cars, high-fiving each other and hugging it out:

Overall, the Raptors' championship win is a historic milestone for Toronto and it deserves to be celebrated. Toronto was a city we’ve never seen before last night, and who knows when we will see it like this again.