So many angry Tweets... 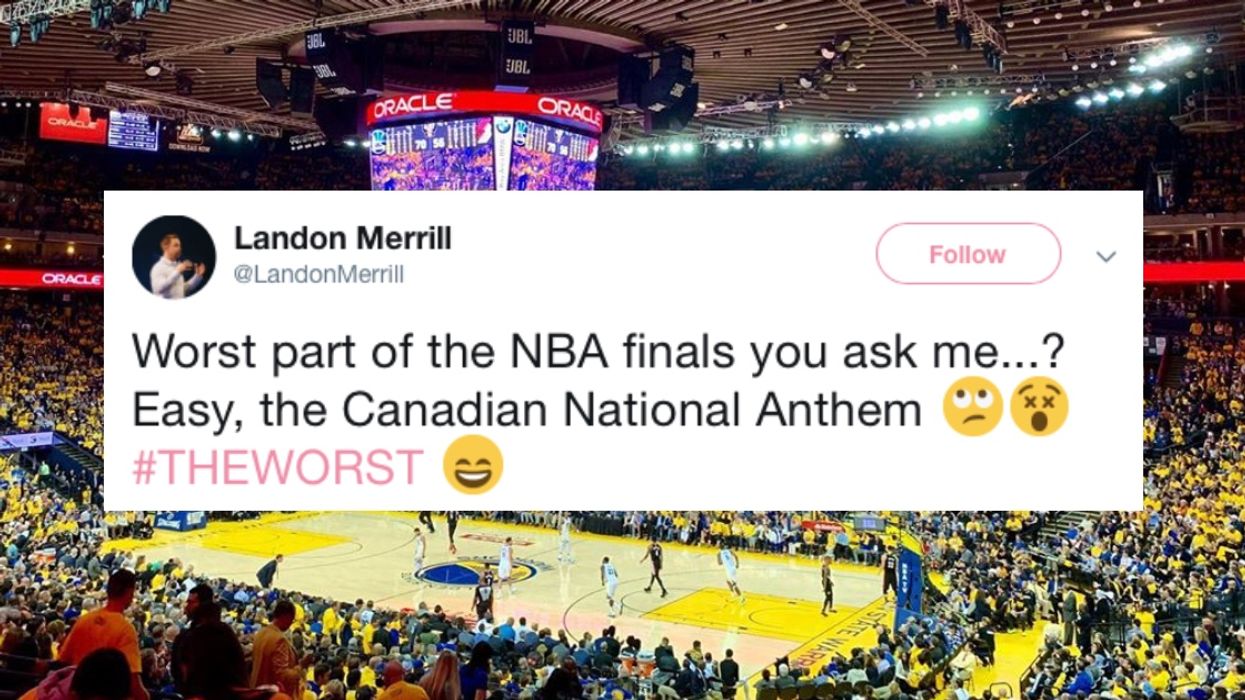 Game 3 of the NBA finals is officially underway and there was already drama before the game started, and it had to do with the national anthems. Right now, the Internet is outraged and everyone is sharing how much they hated the Toronto Raptors game's Canadian national anthem performance tonight. Here’s why no one is happy.

As of publication time, Game 3 of the Warriors versus the Raptors is underway. Opening up the game was the singing of both the U.S. and Canadian national anthems.

Representing Canada this time was Weyburn, Saskatchewan-born singer Tenille Arts. She is known for being a country music star.

According to her Twitter account, she is the proud artist that was honoured to represent our nation by singing O’Canada.

While she had more guts than any of us to go up there and sing, people hated it. Sports watchers have been so outraged by the performance that they have taken to Twitter to show their hate.

I am SO excited to announce that I’m performing the Canadian National Anthem at Game 3 of the #NBAFinals tomorrow!… https://t.co/ISFF6JOyOF
— TENILLE ARTS (@TENILLE ARTS)1559682458.0

Many people are complaining that the anthem was absolutely butchered during the performance. While the average person may cut the singer some slack due to the stress of it all, the Internet isn’t exactly known to spare feelings.

She should never ever sing the Canadian National Anthem again ... Or sing at all @Raptors @NBA #NBAFinals #WeTheNorth
— Stephen Gariepy (@Stephen Gariepy)1559782613.0

The bold statements don’t stop there. One pretty rough tweet stated that she should have her Canadian citizenship revoked.

One person even called it the worst version of the Canadian national anthem in to play at the NBA!

That had to be the worst version of the Canadian National Anthem at NBA game 3 final !
— Heather Bobbitt (@Heather Bobbitt)1559782731.0

One person pointed out that since Metallica got to perform for the U.S. then we should have had Nickleback.

If they got Metallica to perform the US anthem, they should of got Nickleback to do the Canadian anthem. #NBA
— Spitzka (@Spitzka)1559782658.0

People are calling both anthems a joke, saying that they are a disgrace and disrespectful to both countries.

Love it or hate it, it happened. Now, let’s move on and focus on the game.