Toronto's basketball hype is so unreal. 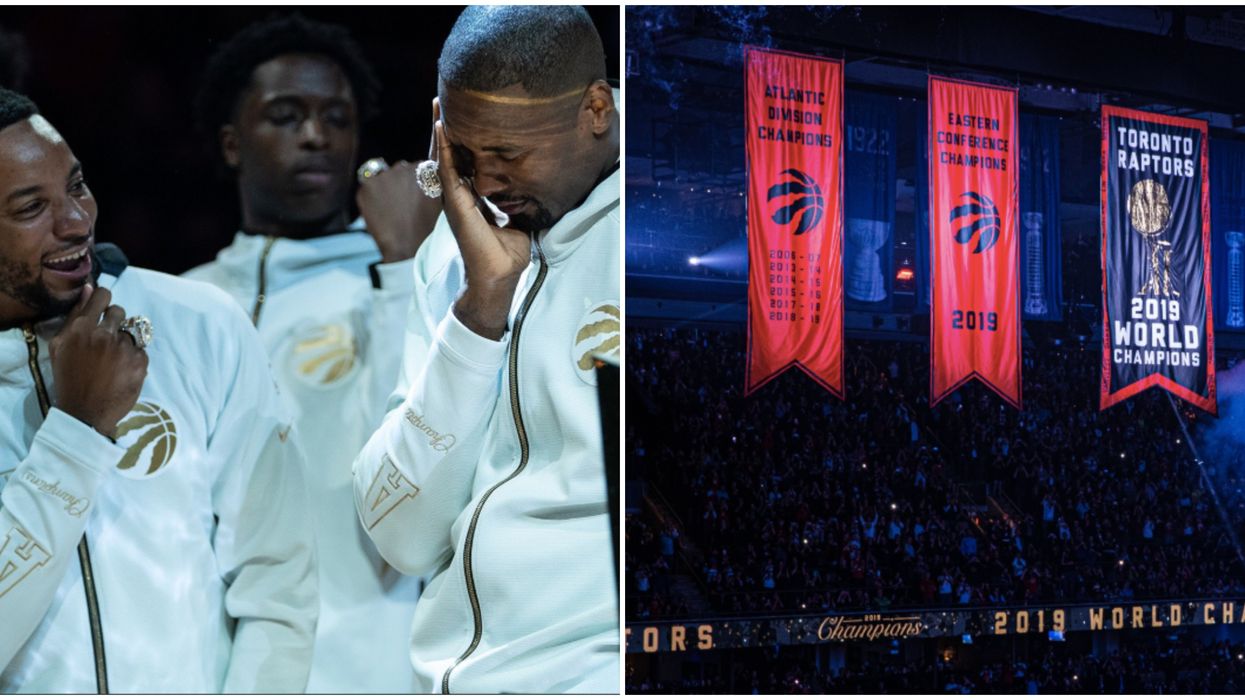 Canadian basketball fans were treated to an exciting opening night in the 6ix on Tuesday. The Toronto Raptors opening night ceremony saw the team receive their ring as the franchise's first championship banner draped from the rafters of Scotiabank Arena. It was a beautiful evening for the returning players and fans alike, that proved that the Raptors have major staying power.

According to the NBA, the team’s face off against the Pelicans saw record-breaking viewership. An estimated 2.6 million viewers watched the season opener, making it the most-watched regular-season NBA game in Canadian history. Not bad for a couple of underdogs, if we can even claim that title anymore.

Smashing viewership records has become a staple for the Raptors over the past year, during both the team’s regular-season and its ground-breaking NBA Finals run. Game 6 of the 2019 NBA Finals was the most-watched NBA game ever in Canada. Its average audience was a whopping 7.7 million viewers across the networks of TSN, CTV, and RDS.

And that’s not even the craziest part. 20.5 million Canadian viewers watched the 2019 NBA Finals, which represents 56% of the nation’s population.

It also appears as though the Raptors championship win is having a lasting effect on audience with their average viewership in the country shooting up 39% from last season’s home opener, which saw the Raptors debut of Kawhi Leonard draw 554,400 viewers.

Raptors fans who attended the team's home opener in-person received a replica of the team’s championship ring. It was announced in the lead-up to the 2019-20 season opener at Scotiabank Arena that 20,000 replica rings would be given out to attending fans.

The rings, which are also the largest and most valuable NBA championship rings ever created, were a big hit amongst the team’s fanbase who are already selling them online for big price tags.

The Raptors beat the Pelicans 122-130 landmarking not only a record-breaking night for the team's viewership but their first regular-season win as champion.