Two suspects are in police custody. 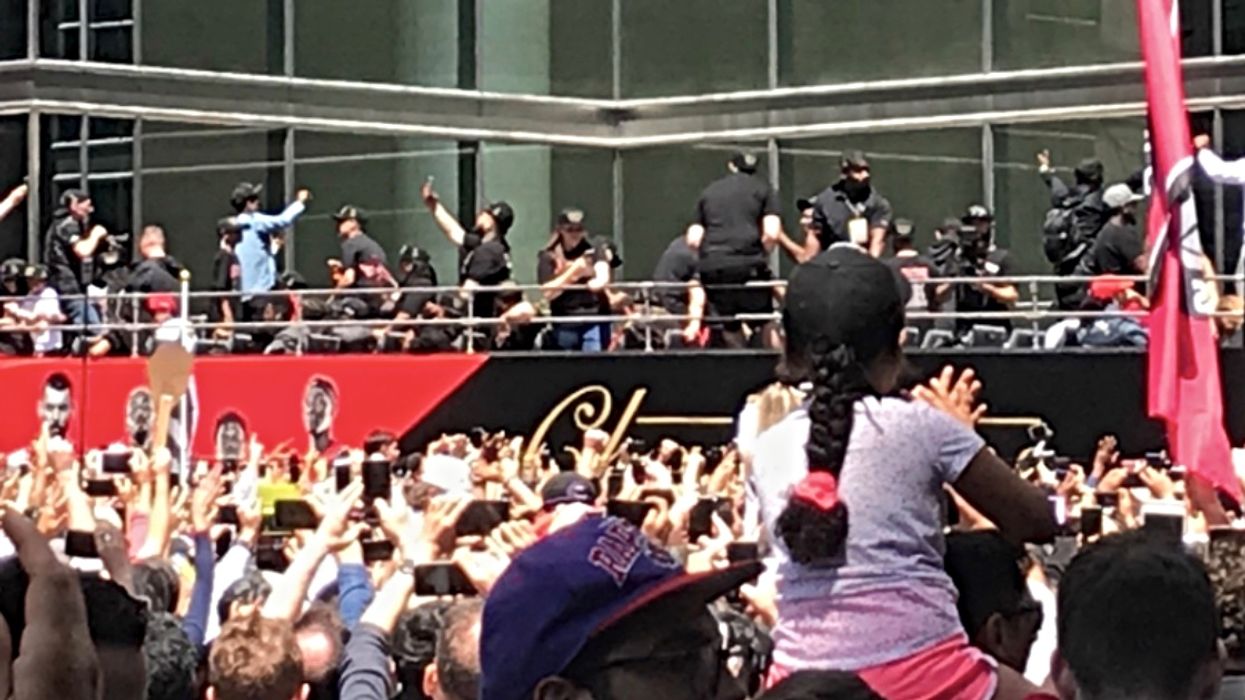 Earlier today, the Raptors were having their championship parade in Toronto. Literally thousands of people were gathered in the streets to watch and celebrate alongside the big names. During the celebration, gunshots were heard and a shooting reportedly took place. Now, police are asking for witnesses after four victims were shot at the Toronto Raptors parade.

Thousands of people took the day to celebrate all things Raptors in Toronto during the NBA championship celebration. There were literally so many people watching, that some super fans were climbing up on top of buildings or stopping in the middle of highway traffic just to get a glimpse of the players.

However, this wasn’t the only chaotic part. At around 4 PM local time, gunshots were heard in the crowd. Almost immediately, police were called to the scene for the reports of a shot woman.

More information has since been released to the public and it has been determined that several people have been shot. While the injuries are serious in nature, they are not considered to be life-threatening.

Police and EMS attended the scene and dealt with the injured individuals. After chasing the suspects through Eaton Centre, the Toronto police have found two confirmed suspects that are now in custody. Two firearms have also been recovered.

While it was initially thought that there were only two victims, CBC has released new information stating that there were actually four victims who sustained gunshot wounds.

Toronto Police Chief Mark Saunders is now appealing for witnesses following the scary incident. Earlier today, Saunders tweeted out several pictures of officers stating that police would be present at the parade to ensure everyone’s safety.

The Toronto Police are present at the parade to ensure a safe and fun @Raptors event. We need your cooperation. Pl… https://t.co/aSZKjzc9tg
— Mark Saunders (@Mark Saunders)1560781210.0

During the shooting, people could be seen running in every direction trying to protect themselves. Several people took out their phones and recorded the scene.

The shooting was so scary, that even the mall was put on lockdown. A eyewitness at the event told Narcity that police told them to “lock the door and get to the back of the store.”

The investigation is now underway and people have already started to return home from the parade. Toronto officers were also on scene to assist in dispersing the crowd.