Fans have some theories about what this message will say. 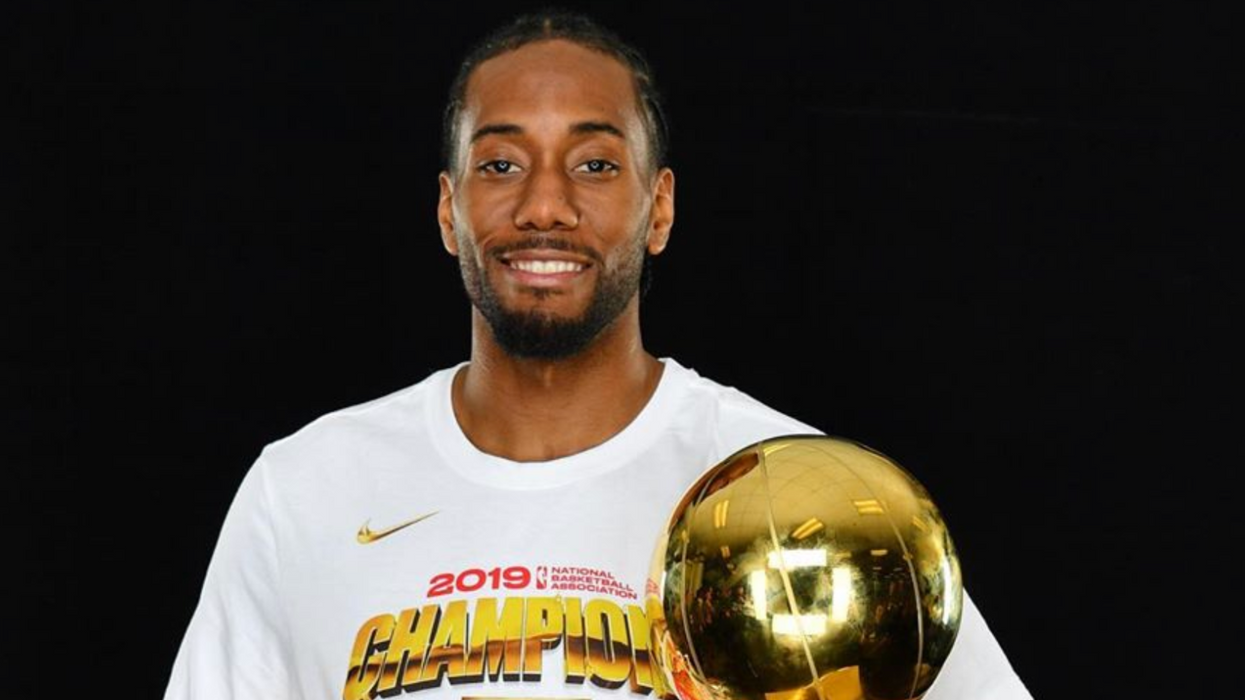 Thousands of fans are turning up to the Toronto Raptors parade in the 6ix to celebrate the team's NBA Championship victory. Hours and even days before the start of the parade at 10:00 AM on Monday, a large group of eager fans camped out overnight to get a good spot in front of the stage at Nathan Phillips Square. And for good reason - it's a chance to celebrate Toronto's first-ever NBA Championship win with the players themselves.

As millions of fans head into the city's downtown for the parade, they may be happy to learn that there's even more incentive to look forward to for showing up. That incentive comes in the form of a "special message from the Fun Guy himself," says New Balance Canada.

As most fans know by now, Kawhi has a partnership with New Balance, through which the player has dropped a series of products in recent months. His limited-edition sneakers sold out in minutes and are now being re-sold by sneakerheads for the price of all-inclusive vacations. New Balance is also the mastermind behind that epic Kawhi billboard in Oakland at the start of the Finals, and the billboard that went up in Toronto just after the Raptors won the title.

#NewBalance put a “King of the North” billboard in Oakland amd then #Kawhi went there and won two games at Oracle a… https://t.co/kSOwr0Oiqf
— GoodNightHarlem🎙 (@GoodNightHarlem🎙)1559965480.0

So it comes as no surprise that New Balance Canada has another trick up its sleeve for Monday's parade. On Sunday, New Balance Canada wrote, "Psst...if you're attending the parade tomorrow, look for our NB street team along the route and turn on AirDrop to receive a special message from the Fun Guy himself...pass it on."

The announcement has fans pretty excited and curious about what this "special message" could be. Most fans seem convinced that this will be Kawhi's way of telling Toronto that he's staying. "If this is how kawhi announces he will re-sign I am hear for this and will buy only new balance going forward," someone writes.

Only time will tell what the message holds. We'll just have to wait and see!

DDSB announced earlier this month that it would be changing class time to 10 a.m. to 4 p.m. for secondary students. The board revealed to Narcity that the change was made due to a shortage of bus drivers.