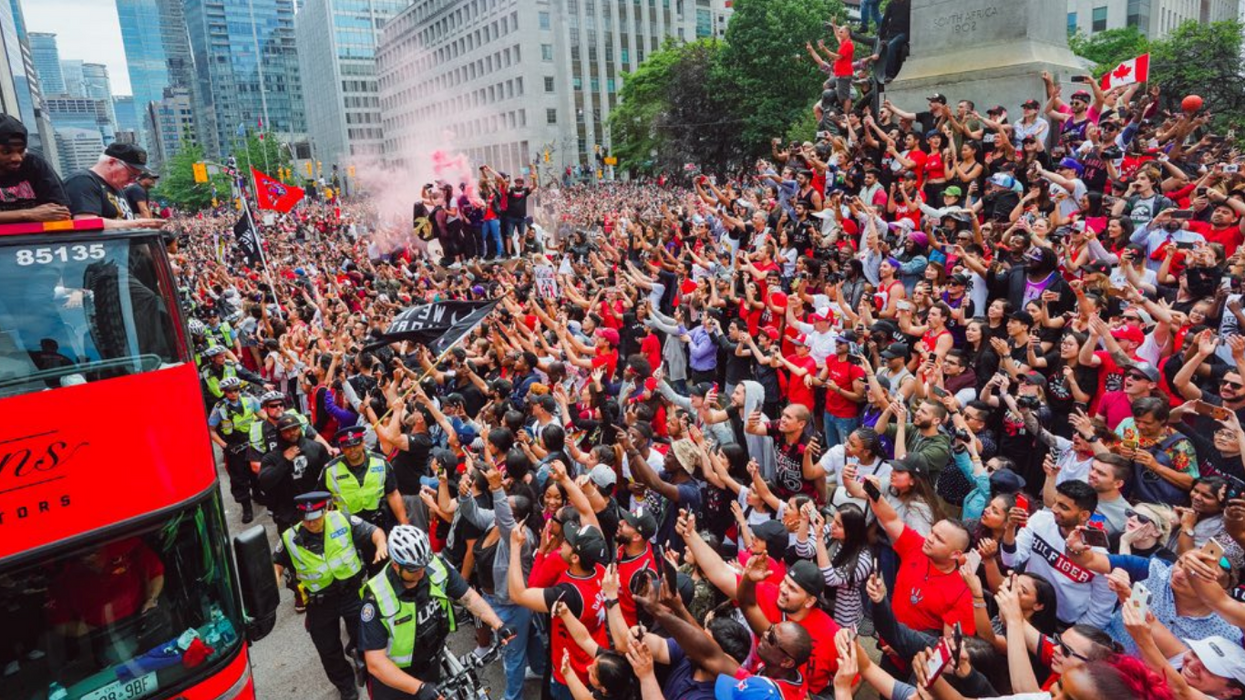 A shooting took place during the Raptors championship parade yesterday in Toronto, and several suspects have now been arrested. In relation to the Toronto Raptors parade shooting,  police have charged three suspects. Toronto Police Services has also revealed their identities to the public today in a news release.

Police have charged 18-year-old Abdikarim Kerow, 25-year-old Shaquille Anthony Miller and 20-year-old Thaino Toussaint. All three men are said to be from Toronto and have been charged with a number of offences.

Following the shooting, they were all arrested and charged for firearms offences. Toronto Police also recovered two handguns. The three suspects appeared in court Tuesday morning at 10 AM.

Toronto Police are still looking for one more suspect in relation to the case. "Investigators want to identify a person of interest who left the scene of the shooting," reads the news release from police. "Male, white, 5'9" to 6', with light short brown hair and a heavy build. He was wearing a white button-down shirt."

Four victims sustained gunshot wounds from the shooting. No fatalies have occured. Victims suffered serious but not life threatening injuries.

The three suspects were taken into police custody on Monday following the shooting, which took place in the afternoon around 4 PM in Nathan Phillips Square. The shooting also caused nearby buildings to go into lockdown mode.

On Monday, Toronto police asked the public for their help in the shooting investigation. "Anyone with photos or videos from in and around the area at the time of the shooting is asked to upload to tps.on.ca/bayqueen," reads their news release.

Police are asking people with information on the shooting to contact them by calling 416-808-5200 or anonymously at Crime Stoppers at 416-222-TIPS (8477), online on their website or through their Facebook Leave a Tip page.