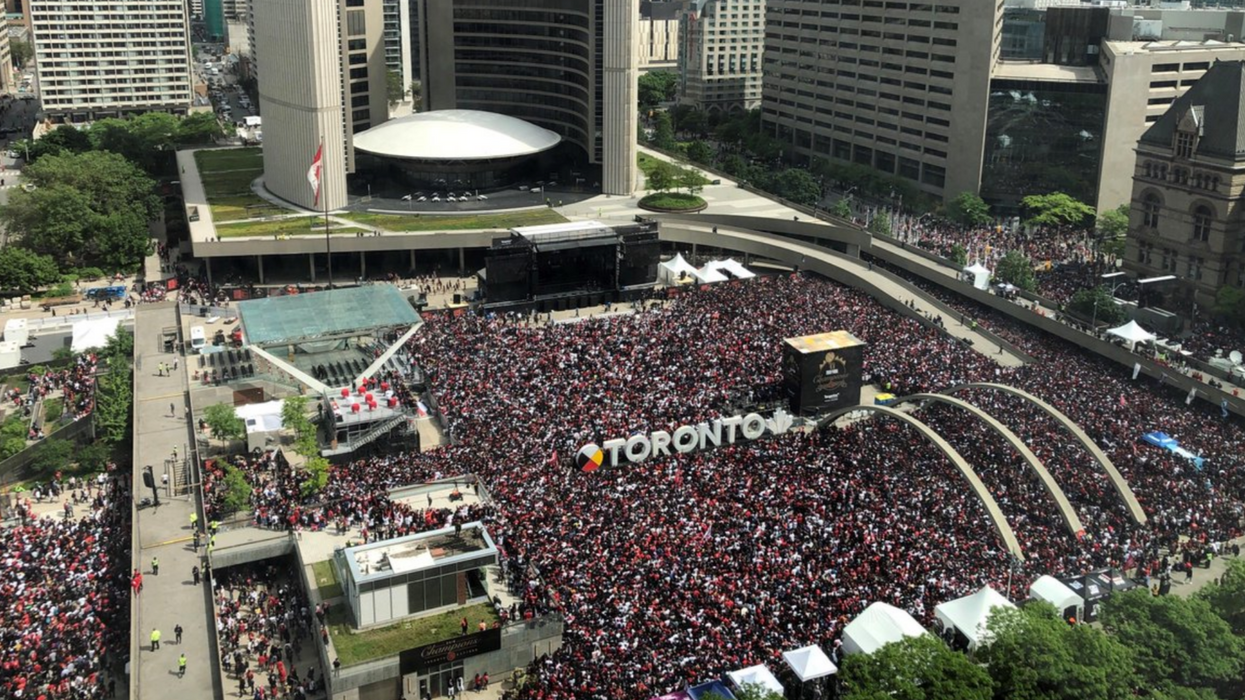 Millions of people have taken to the streets of Toronto to celebrate the Raptors championship win today. However, what was supposed to be a celebratory event has led to some injuries. The Toronto Raptors Parade shooting today in Nathan Phillips Square has led Toronto police to take two people into police custody.

UPDATE: Toronto Police now confirm 3 suspects have been taken into custody and 4 victims were injured during shooting at Nathan Phillips Square.

EARLIER: Toronto police have confirmed in a tweet that two people have been arrested and two firearms have also been obtained in relation to the incident. Police are still investigating.

Two victims have been injured as a result, and their injuries are said by police to be "serious but not life threatening". Police also confirmed the shooting in a previous tweet and that people were running from the area.

A video of police taking down a suspect outside the Eaton Centre has been posted on Twitter. A witness at the mall told Narcity that police did "a full evacuation of the mall" and she was "in hold and secure, so not allowed to leave the store".

The incident has caused several buildings in Toronto to go on lockdown mode, such as Eaton Centre and office buildings in the area.

According to a tweet from Bruce Arthur of the Toronto Star, there was a number of gunshots fired in Nathan Phillips Square.

"Gunshots fired at the parade at the back south east corner of Nathan Phillips Square. One witness said four shots. Crowd ran. There is a victim down being given medical attention, surrounded by a crowd, and police are clearing people from the area. Speeches are still going on,” reads the tweet.

Police have not released the identities of the two suspects in custody to the public.