CBC Reporter Chris Glover is harassed and licked on live TV and Canada is disgusted. 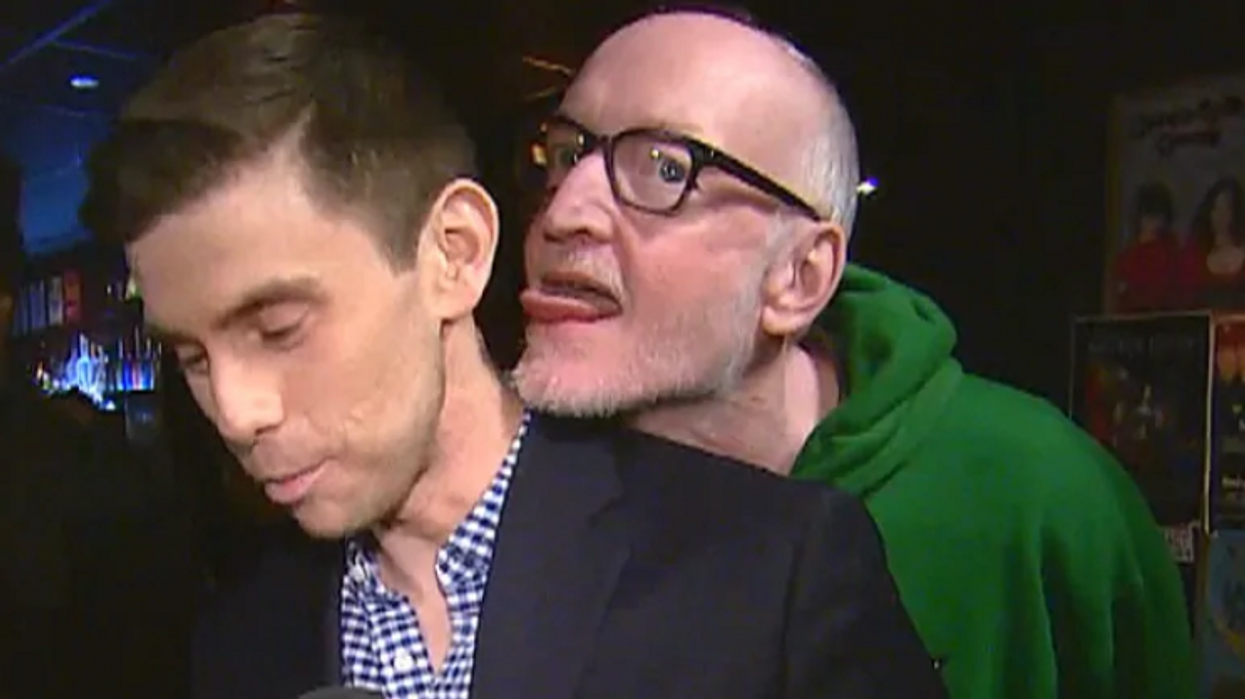 The majority of Canada is now uncomfortable after watching a video that has gone viral of a Toronto news reporter being harassed on live air.  A CBC journalist was on scene and reporting about an event that was happening within the community when a man proceeds to lick his ear while on air. Since the video has been showcased, it has become viral and Canadians are sharing their disgust over the entire incident.

CBC reporter Chris Glover was talking back to the studio about an upcoming comedy event that is taking place on Wednesday when a man in a green hoodie can be seen sneaking up behind the reporter before nuzzling Grover's neck and licking his ear for the majority of the video.

In the video, Glover finishes off by passing it back to the studio after stating, "Things are getting a little awkward out here, so I'm going to pass it back to you,".

Dwight Drummond, who was in the studio told Glover, "Yeah, that's a little strange. It's really unnecessary. Just move away from that gentleman,".

Since then, the video can be seen circulating around a variety of social media platforms as Canadians continue to feel uncomfortable and disgusted with the entire situation.

This is so disturbing and I get more uncomfortable every time I watch this creepy guy assault @chrisgloverCBC on live television. Why do people think it’s OK to #harass & #assault reporters while they do their job?! It’s gotta stop! @chrisgloverCBC @CBCToronto #Toronto #reporter pic.twitter.com/rSeTStQI5L

CBC has confirmed that the man responsible behind this harassment is comedian Boyd Banks. What makes this even weirder is that Banks has actually appeared on CBC shows in the past such as Little Mosque on the Prairie and ABC's Designated Survivor.

Banks was in attendance on Tuesday night due to the concerns that he and other Canadian performers have about the take over of a satellite radio station and the transitions that are happening to Just For Laughs.

This isn't the first time that Canadian reporters have been harassed while on air. Just last week, Narcity reported on an event where a Toronto man yelled "FHRITP" while a female reported was on the air.

A spokesman for CBC has spoken out about the issue, "Unfortunately, the trend of harassing reporters continues and is something that we take very seriously,"

Canadians have now taken to Twitter to express their disgust over the issue.

Well, farewell to Boyd Banks. One day you are telling jokes and the next day you are one.

Some Twitter users are even pushing for the police to charge after Boyd's actions have quickly become viral.

This is not "funny"This is assault Why has Boyd Banks not been charged as such? 🤔 https://t.co/K45l25xgOs

STOP 👏 TOUCHING 👏 PEOPLE 👏 WITHOUT 👏 THEIR 👏 CONSENT 👏(I’ve never heard of Boyd Banks, thankfully, but he is cancelled. I hope the reporter files a police report) https://t.co/S6aTESsxTB

WOW I hope police give a talk to this guy 😬

People are also praising Chris Glover for seemingly remaining so calm during the strange incident.

This is beyond gross and disturbing. It’s assault. @chrisgloverCBC you are a true professional for handling that so calmly.

Cringing and disgusted while I was watching. So sorry this happened to you @chrisgloverCBC

Way to hang in there Chris. That was disturbing and I may not sleep tonight

Many Canadians are calling the actions of Boyd an assault and hope that he faces the consequences that he deserves.