All returns or items that have been tried on will be put into isolation. 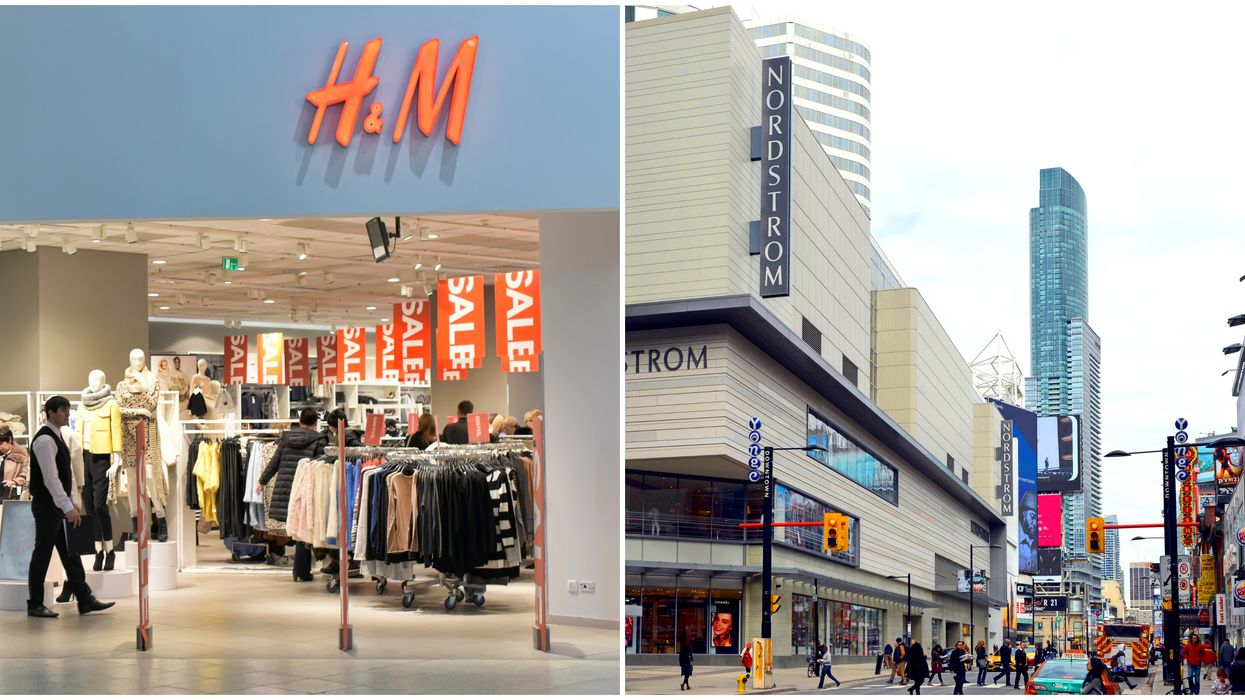 It looks like humans aren't the only ones who have been experiencing the quarantine life. With Toronto retailers reopening across the city, many of them are starting to adjust to the new norm of social distancing and safety measures. Some popular retailers have even announced that they are putting their clothes into quarantine once they have been tried on.

Companies including H&M, Holt Renfrew and Nordstorm have announced that they will be isolating their clothes for periods of time to help stop the spread of COVID-19.

On their website, Holt Renfrew, which has currently reopened on Bloor, stated that returns will be "quarantined" for at least 24-hours before being placed back on the floor.

However, they aren't the only ones who are participating in this practice.H&M confirmed to Narcity in an email that they will not have fitting rooms operating right now and returned clothes will be put into isolation. "At this time our fitting rooms are currently closed...All returns will be quarantined for 24 hours. After the 24 hours the items will then be placed back on the sales floor," their media rep wrote in an email.

"All items returned on Monday will not be placed on the sales floor until Wednesday morning," H&M confirmed.

Nordstrom has also announced that it will be following these measures in its reopened stores.

However, the Eaton location remains closed for the time being and is only offering curbside pickup.

The company wrote that "merchandise that’s been tried on or returned is put on hold for a period of time before it’s put back on the sales floor."

They also state that all returns will also be isolated for a period of time as well.

This move comes after the Retail Council of Canada recommended isolating clothes for a full day after they are tried on or returned, according to the Toronto Star.

After 24 hours have passed, clothing is considered safe to be handled again.

As more retailers are now allowed to reopen in Ontario, companies are announcing their comebacks. Hudson's Bay, Toronto Premium Outlets, Winners, Homesense and Marshalls are just some of the major retailers that are now open, but with new rules.