It's a stay off the roads type of day. 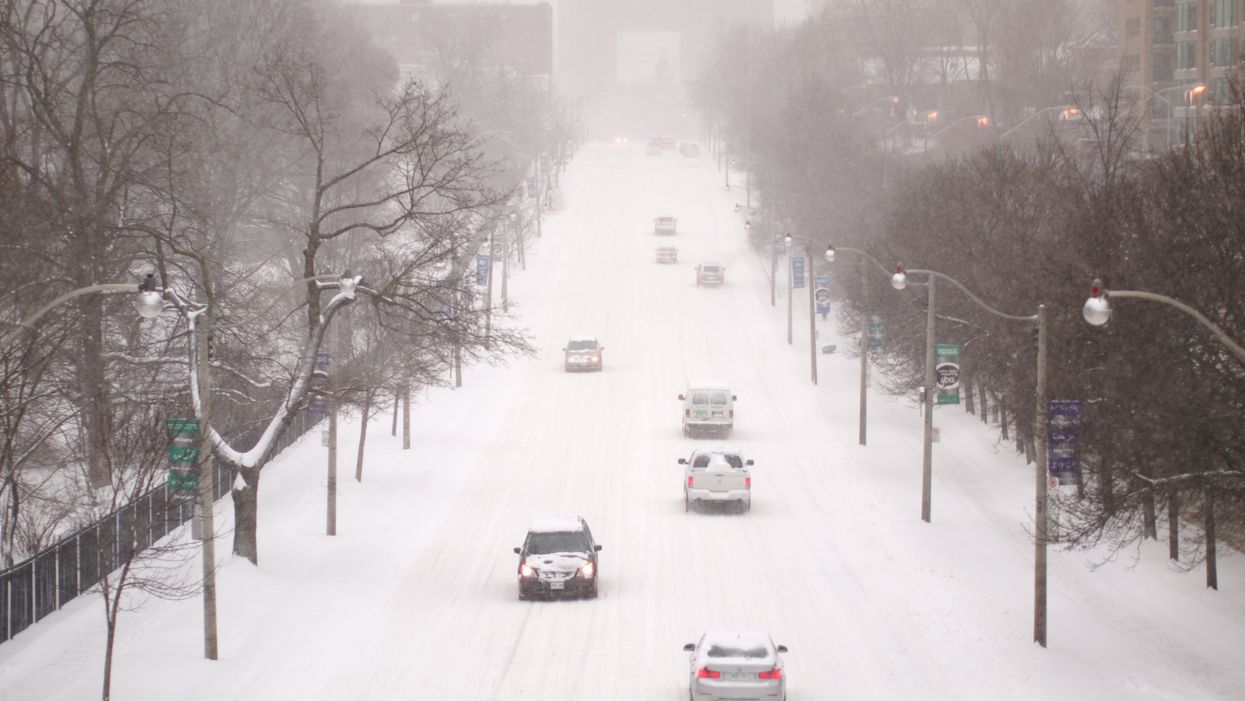 Driving in the 6ix is not for the faint of heart, navigating the city’s often unforgiving roadways is tedious on a good day. However, during the winter, Toronto road conditions go from annoying to full-on disastrous quicker than you can say, “I’ve been stuck in traffic for three hours, and I’m about to lose my sanity.” Yet, we hit the highway anyway because we got jobs to go to and Christmas shopping to get done.

Parts of southern Ontario are being listed as literal danger zones Wednesday morning, and non-essential travel is being actively discouraged, which means unless you have deadlines to make, you might want to take a personal day.

Environment Canada also released a weather advisory this morning, in which it warned Toronto drivers about the heavy snow and dangerous travelling conditions.

Near-zero visibility is expected at times as snowstorms sweep across the region, so make sure you drive slowly to avoid causing any preventable collisions.

Also, did we mention that an extreme cold weather alert was issued for today, and the city is warning residents to seek shelter? I mean, if you’re going to have a day of bad weather, might as well double-down and make it a total nightmare, right?

In case you still feel like you can “handle it,” here are nine videos that’ll convince you to stay inside today.

The DVP Is A Nightmare Today

Yup, that's DVP right now, does it look like a good time to you? No, exactly. Stay inside, folks.

Here's a look at what you can expect in areas impacted by the snow squalls. Heavy squall is currently dropping sout… https://t.co/9eQ0xOw4z7
— Doug Gillham (@Doug Gillham)1576678534.0

That's not poor image quality, that's how bad it is outside right now. Drivers are cautioned to take care while driving today due to snow squalls that are hitting southern Ontario.

It's A Blizzard At Some Intersections

Since when did the city become an arctic tundra? Heavy snow is expected to hit throughout Wednesday.

Couldn't It Have Just Skipped Us This Year?

A pretty intense band of lake effect snow has made it all the way to Toronto from Lake Huron this morning. #onwx https://t.co/YqbbGJoQPp
— George Kourounis (@George Kourounis)1576678673.0

Thanks so much for visiting snow bands! Please never come back.

Every Canadian Knows This Pain

I bet you can't wait to walk out of the office and slowly freeze to death as you try to scrape ice off your car.

Dear snow, you're the worst. Heavy lake effect snow is expected to push through the 6ix throughout the day.

Drive with No Line of Sight, Sure!

Really bad on the roads right now north of Toronto. The roads in King City are covered in snow and it’s tough to se… https://t.co/b7IJxMxfJs
— Kamil Karamali (@Kamil Karamali)1576677970.0

Nothing to see here folks, just a bunch of Toronto drivers cruising into the abyss.

Enough said. While it may look like Christmas outside, it's definitely not the day to go grab some gifts.

How can you even drive in conditions this bad? It's as if everyone is just plowing blindly, hoping for the best.

So there you have it, if that isn't enough reason for you to stay off the roads, then best of luck to you and drive safe out there.