Toronto Might Actually Get Another NHL Team & Torontonians Are Shook

Another proposal, another debate. 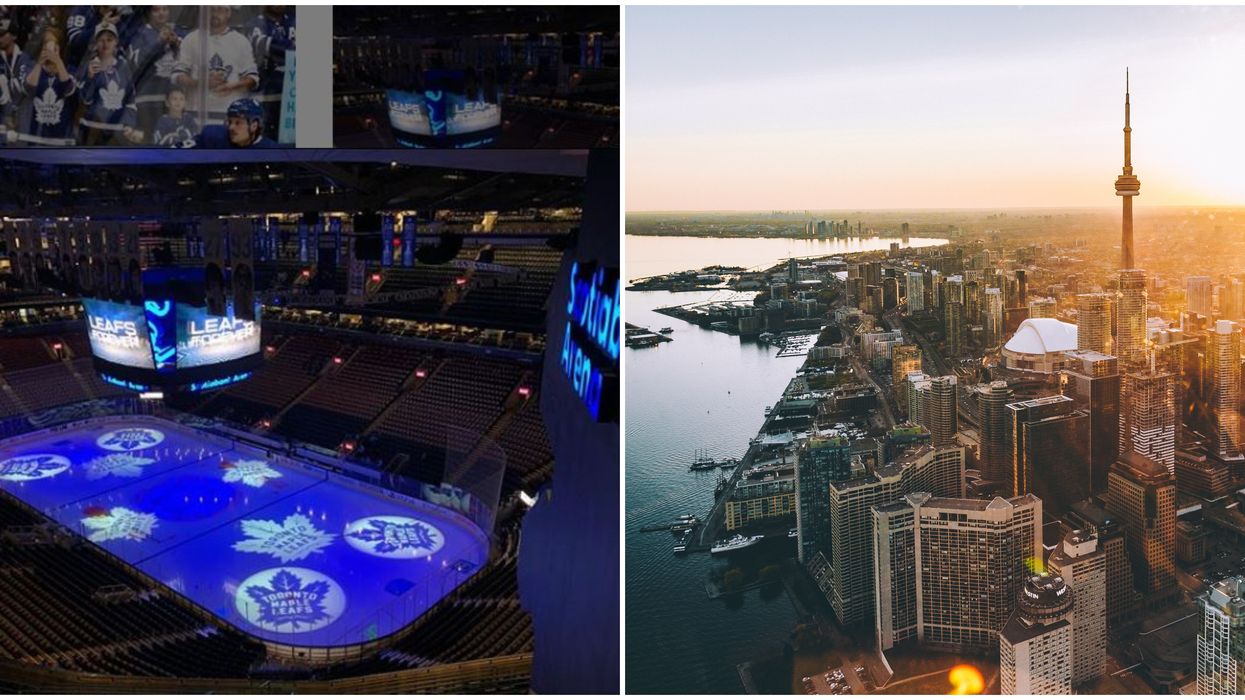 If you think sports life in the 6ix couldn't get any better right now, here's some news to shake things up. Toronto second hockey team proposals are heating up and threatening to bring an end to the Maple Leafs' ownership of the city. The proposal is to build the world's largest hockey rink in order to host the city's second NHL team.

Toronto Legacy Sports & Entertainment is behind this formal suggestion, as the group was a decade ago, too.

According to CityNews, the group of investors hopes to bring an expansion team to the GTA and would name it the Toronto Legacy Aces.

The proposal includes the construction of a the world's largest hockey arena to be located, in theory, either by Sheppard TTC station or at Canadaland's corporation site across the street. That would site it less than 20 km from the Leafs' Scotiabank Arena.

While that stadium would be under construction, the Legacy Aces would actually play their first seasons out of the GTA in nearby Hamilton, Ontario.

TLSE also intends to open a non-profit museum on site.

It was announced on November 1 by Andrew Lopez of Toronto Legacy Sports & Entertainment that the group had confirmed a $5 billion private investment for this particular project. TLSE had previously pitched a pretty similar idea back in 2009.

However, the group still had yet to contact NHL commissioner Gary Bettman as of Friday, according to Yahoo Sports. TLSE also has not met with the City of Toronto, either. However, its plan is to submit the new proposal by next week.

Lopez said that regardless of the outcome, the project's real estate development will still take place.

"The developer is in a position to pay for the land, the full cost as early as next Friday," Lopez told Omny Studio's The John Oakley Show. So, in theory, the proposal is ready to go ahead.

Now, in a historically one-team city, the idea of introducing some intra-Toronto competition may not seem a bad one, from some angles.

But, perhaps unsurprisingly, the news got plenty of backlash on Twitter. Most Torontonians seem pretty, pretty unimpressed.

Some were seeing the funny/nihilistic side of things, though.

It'd be hard to convince many fans, that's for sure.

But there's also a significant cross-section of hockey fans who seem pretty up for the idea.

There's a long, long way to go if this proposal is to be approved, but it'll be fascinating to see if this does become a reality for the GTA.

Now, it's up to the city and the NHL to decide.

It may very well get nixed at this early stage, of course. But the Canadian hockey landscape could look very different in a couple of years.