The shooting took place near Yonge and Gould. 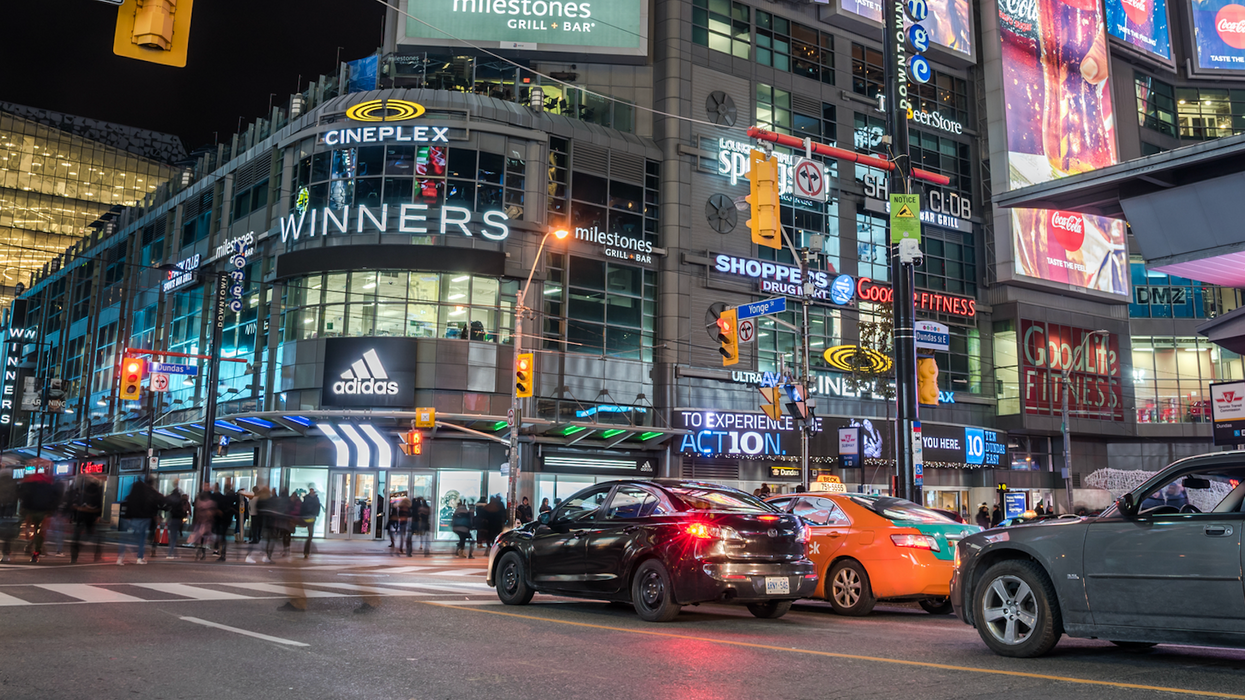 Thousands of people flooded the streets of Toronto last night to celebrate the Raptors NBA Finals victory. It was initially reported by police that no arrests had been made as a result of the rowdy celebrations. However, a Toronto shooting in the early hours of Friday morning in the Yonge-Dundas Square area, precisely where fans gathered to celebrate, has left one victim critically injured.

According to Global News, Toronto Paramedics have confirmed that a person is in life-threatening condition following the incident. The shooting reportedly took place near the intersection of Yonge and Gould Streets. Emergency crews were called to the area at around 4:15 AM.

A shocking video of the incident was posted to YouTube. In the footage, a group of fans can be seen gathered in a crowd celebrating when multiple gunshots are heard in the distance. People in the crowd begin to panic and run. A person can be heard shouting, “Someone’s down!” and the video cuts out.

Another person who was downtown on Thursday night tweeted a "shout out" to someone who allegedly gave him a water bottle after he was pepper-sprayed at the intersection of Yonge and Queen. This alleged pepper spray attack has not yet been confirmed by authorities.

Shout out to the Asian girl who gave some water to wash my eyes from pepper spray at yonge and queen #pepperspray #Toronto #WeTheNorth
— Manish / મનિશ (@Manish / મનિશ)1560493692.0

Toronto police later revealed in an interview with CP24 that one arrest had been made in connection with the shooting and the suspect was in police custody. Police say that if there was a connection between the celebration and the shooting, they have yet to confirm.

“We don’t know if there was a nexus between the celebration and the shooting, but it was certainly in close proximity, and that will be investigated by 51,” Superintendent Michael Barsky told CP24.