Toronto Goes Absolutely Crazy For Chicken Nuggets, According To Skip The Dishes

7 packs per seat in Scotiabank Arena! 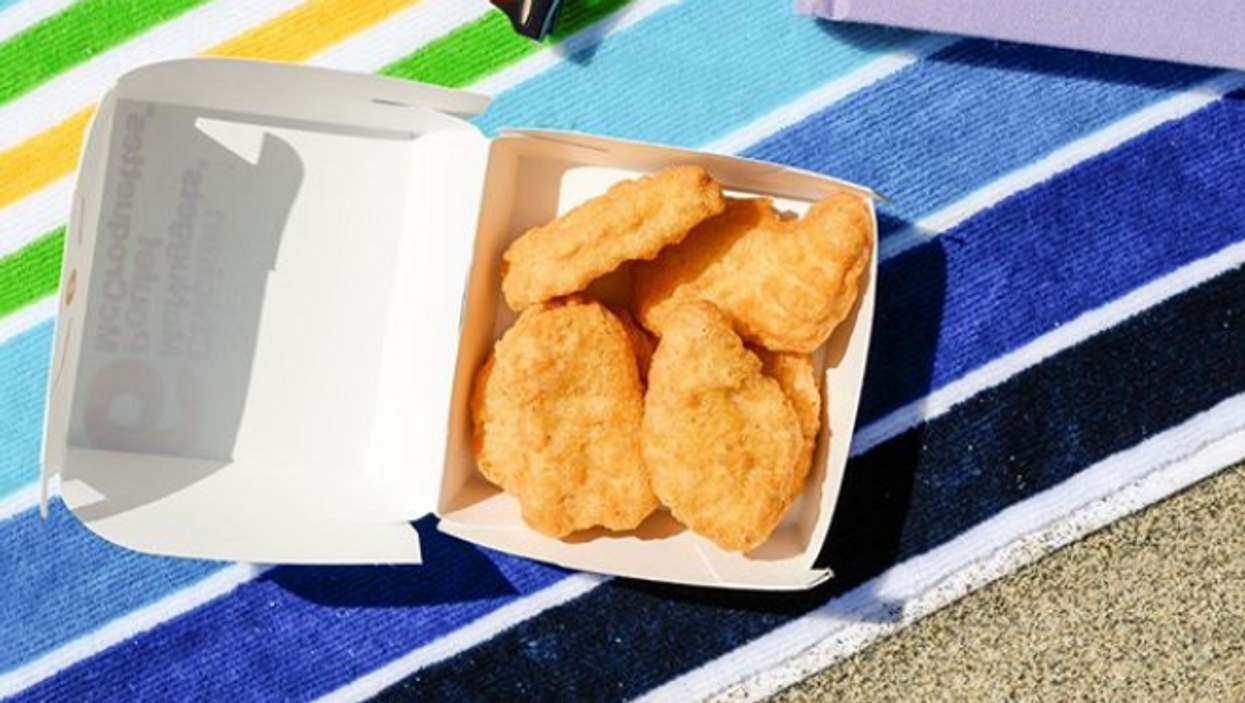 Toronto loves to eat, there's no doubt about it. Apparently, we also love chicken nuggets. Lots of them. No, like seriously loads. A new analysis of Toronto Skip The Dishes orders in 2019 shows that the pocket-sized snack is the most ordered item through the app in the GTA.

It's a fascinating nugget of information.

The orders placed with the popular food delivery app are pretty eye-opening, to say the least. And the sheer volume of bite-sized battered chicken snacks the GTA has consumed is almost frightening.

We'll let you be the judge, though.

In an email to Narcity, Skip The Dishes revealed that a five-piece pack of chicken nuggets has been comfortably the most popular item this year. No brand of nuggets was specified.

In fact, GTA residents have ordered over 150,000 such packs. That's 750,000 individual nuggets. Imagine all the dipping sauces.

The release put that number in perspective for us, and particularly for hockey fans.

"With all those chicken nuggets, you could fill every single seat in the Scotiabank Arena at a Maple Leafs game with seven packs on each seat," a representative for Skip The Dishes told Narcity.

So, what did the eternal nugget beat to win the honour? Wendy's Jr. Bacon cheeseburger came in second in the 6ix with 125,500 orders through Skip.

Interestingly, Calgary's stats were also released by the app, and the Jr. bacon cheeseburger was top of the charts.

Alberta's largest city has ordered 65,000 of the burgers this year at the last count. In the far more populous GTA, that figure is nearly doubled, but is still only enough for second place.

Back to Toronto's stats, and they reveal some more interesting info.

None more so than the fact that Toronto also holds the title for the biggest order in the whole of Canada on Skip The Dishes in 2019, worth a whopping $4,004.

That sum was spent on 154 beef soyas, a traditionally African kind of skewered meat.

When it comes to single orders, there's one person in the GTA who ordered a total of 708 times this year. Given we're nearly 350 days into the year, that's getting one for two separate orders every day.

Meanwhile, Lazeez Shawarma, King Tandoori, and Thai Room were the GTA’s most popular local restaurants through the delivery service.

Toronto and food go hand in hand, so it's not surprising to hear the 6ix leads the field in Canada.

150,000 packs of nuggets ordered through just one of the many food-delivery apps available to Torontonians, though? Pretty impressive, if that's the right word.

Here's to continuing the nugget obsession into the next decade.