Streets are still being plowed! 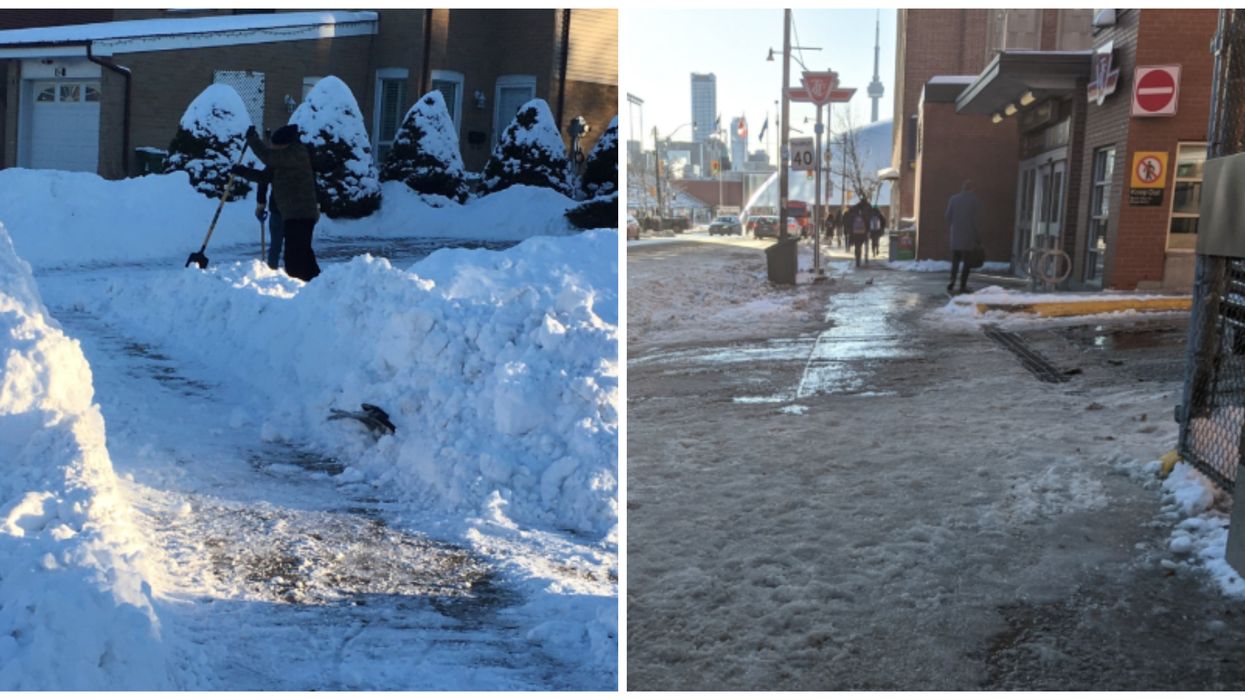 The nasty weather might be over, but the city is still recovering from this weekend’s Toronto snowstorm. 311 Toronto became flooded with complaints about leftover snow and icy patches on Monday, January 20, with residents sharing pictures of uncleared sidewalks and roads as they attempted to make their morning commutes. With the shocking 15 centimetres of snow the city got, it seems workers are still working towards clearing the streets.

Saturday's snowstorm brought powerful gusts of wind and an impressive amount of snow. To top it off, over 250 collisions were reported across the GTA as a result.

The flurries mostly dissipated by the evening; however, as some commuters proved on Monday morning, plenty of snow remained to cause trouble as the city continues to work towards clearing up the mess.

In fact, it still seems that sidewalks and bike lanes remain uncleared or icy and residents are starting to ask for the City's help.

“⁦@311Toronto this is not acceptable, that is my senior neighbour trying to clear his driveway coz of the snow plough blocked his driveway,” read one complaint on Twitter.

“My street (tougheter with most streets in Midtown) was still not touched since the snow storm! Please get the plows out to Rawlinson Av. Thank you!” added another.

Narcity reached out to Eric Holmes, a Communications Advisor, for the City of Toronto, who confirmed that the clean-up from Saturday morning's snow is an ongoing operation.

He also stated that any roads missed during the City's first plow of residential areas will be cleared on Monday morning. Residents who believe their area was bypassed are encouraged to notify 311.

However, despite the complaints that are being filed, it's not just Toronto's job to clear the snow.

In fact, Torontonians are responsible for cleaning up their own property and can be fined for not doing their part.

The City's website states that the penalty for not removing snow from personal property is $455, in addition to a $115 surcharge.*

So, if you’re someone who tends to get a little lazy with the shovel, you might want to think about upping your game.

“Business and property owners are responsible for ensuring that all ice and snow is cleared on sidewalks, driveways, parking spaces, steps, ramps, and landings within 12 hours of snowfall to provide safe access for people and vehicles," the website adds.