The Eaton Centre has placed giant cement barriers around the mall. 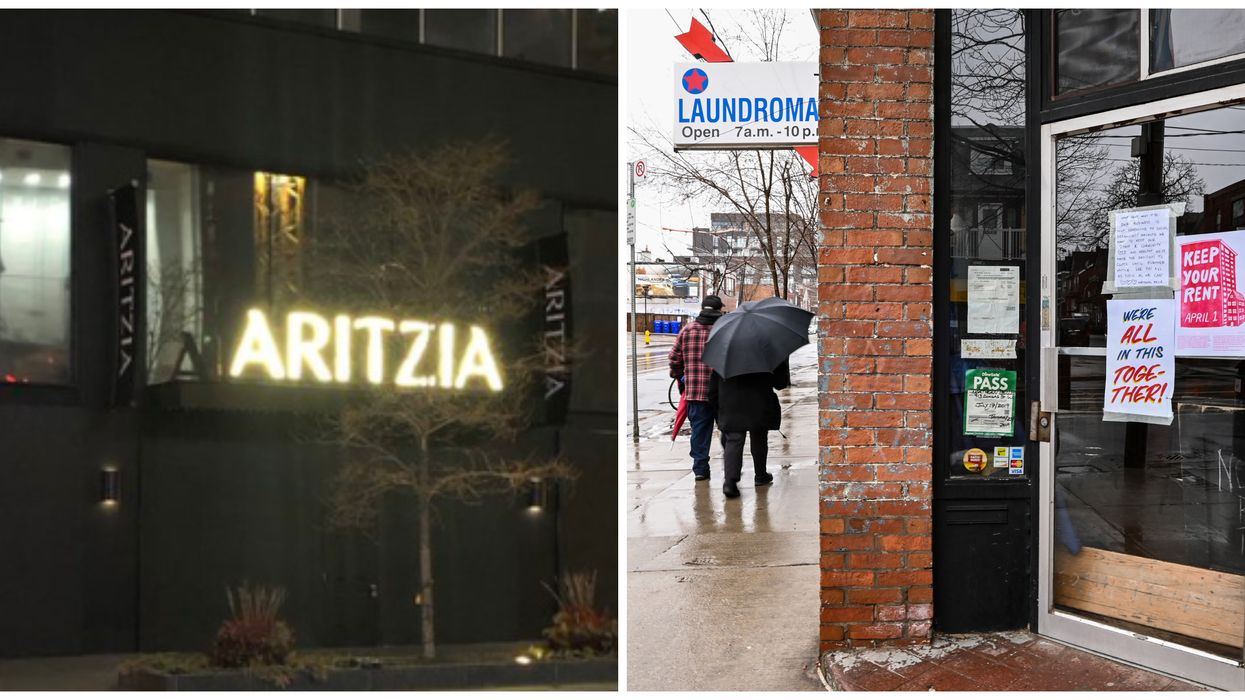 As businesses across Toronto continue to temporarily close their doors, the streets are starting to look like those of a ghost town. With businesses expected not to reopen for weeks, multiple Toronto stores have started to board up their window and place barriers in front of their shops to protect themselves during the lockdown. Many residents have started to post photos of these abandoned shops on social media.

Several downtown shopping spots, including Aritzia and Dior, have begun preparing for what will likely be weeks of closure. Wooden panels now cover up what were once some of the city’s most luxurious displays.

One of Toronto's most popular landmarks, the Eaton Centre, has also boarded up windows and placed cement barriers around the mall.

"Now that mall access has been restricted to only essential services, we have implemented additional safety measures around the perimeter of all of our shopping centres in Ontario," Cadillac Fairview, the management company that runs the Eaton Centre, told Narcity when asked about the barriers.

Aritzia also announced that its boarded-up storefront was due to security reasons.

"This is a temporary safety precaution. Not to worry, we’ll be back," the popular company stated in a tweet.

@ARITZIA just curious, I know you guys are closed like everyone else, but why is the Yonge/Bloor flagship completel… https://t.co/cZa3J1qQOk
— orun bhuiyan (@orun bhuiyan)1585794973.0

This is what was happening in downtown #Toronto today - businesses are being boarded up. Probably because their afr… https://t.co/xclTBGop26
— Michelle Velvet (@Michelle Velvet)1585792444.0

Toronto Medical Officer of Health Dr. Eileen de Villa warned residents on April 1 that as cases of COVID-19 in Toronto continue to rise, residents should be prepared to social distance for the next 12 weeks.

This prediction comes after cases rose by a whopping 500% in the city over the past two weeks.

Recommended Video: Ontarians Are Already Being Ticketed All Over For Defying COVID-19 Orders

All non-essential Ontario businesses are being ordered to close their doors.

Toronto emergency services have been working together to ensure that any landlords or shop owners ignoring new regulations are punished, and their stores closed.

“As of 8 a.m. this morning, our team began conducting compliance audits across the city to run seven days a week and evenings until further notice,” said Matthew Pegg, Toronto’s fire chief, according to the Brampton Guardian.

“Enforcement action will be taken against any non-essential businesses,” he added.