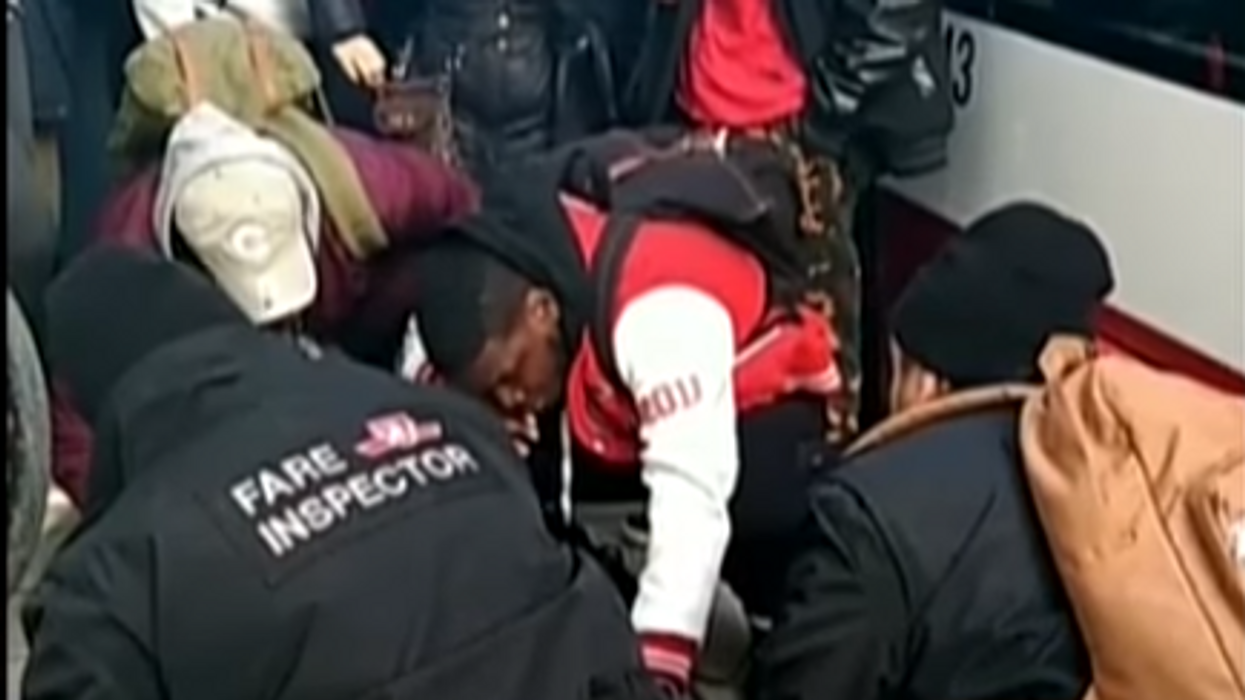 A young black teenager and his mother are seeking $3 million from the Toronto police and the TTC after a violent incident on a streetcar platform earlier this year.

The incident happened as he was getting off the streetcar. Two fare inspectors allegedly grabbed him "suddenly and without warning," threw him face-first into the concrete floor, and aggressively twisted his arms behind him. It was then that police officers arrived and allegedly "piled onto" the young man and arrested him.

The claim said that he was only held for 30 minutes before the officers let him go without charge. The teen was badly shaken up, and suffered a concussion and shoulder injury. The report states that he was "screaming for help." Not only did the officers ignore his cries, they failed to offer a single explanation as to why he was being detained.

As the TTC and Toronto police investigate the matter, one of the fare inspectors involved remains on paid suspension. The young man is said to be suffering from psychological trauma, and his mother has lost money and time at work to look after him. The young man says that he experienced discrimination and harassment during this awful encounter with Toronto police and TTC officers. As of yet, none of the allegations have been proven.