Deer, foxes and coyotes have all been seen wandering the streets. 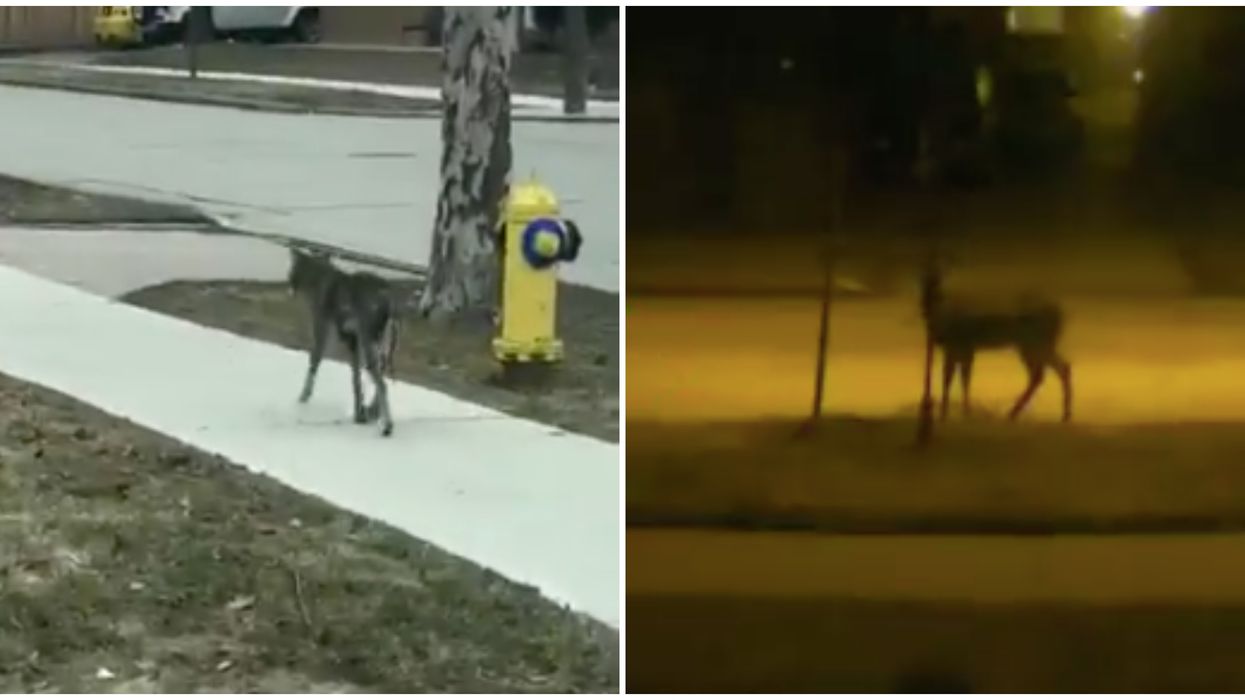 Since Toronto has declared a state of emergency, streets have been quieter as many residents practice social distancing. Now that humans are staying home, it appears that wild animals are popping up on sidewalks and public spaces across the city. Some of Toronto's wild animal sightings have been happening in the middle of the day and on residential streets.

In the past weeks, social media users have been posting their pictures and videos online of coyotes walking around in broad daylight. Deer and fox sightings have also been recorded and shared online.

Although seeing wild animals is nothing new in Toronto, it looks like the city's wildlife is getting used to humans staying indoors. One coyote was even spotted walking down the middle of a sidewalk.

Last week, one Twitter user shared a video of a coyote casually trotting down a tree-lined street in the middle of the afternoon.

"Coyotes deciding to use the sidewalk in Toronto," says the caption.

Another user on Twitter also noticed a wild coyote casually looking for food at a local park in the Richview neighbourhood.

"This mangey coyote is looking for food here in Richview, Toronto. He just waltzed past us at local park," says the tweet.

Other critters have also been unexpectedly spotted walking around.

One Twitter user shared security camera footage of Friday that captured two deer roaming around the streets at night in Scarborough.

Foxes have also been making appearances in public. One user snapped a picture of one crossing a sidewalk and shared the unusual experience on Twitter.

While this is a new sight in Canada, residents in other nations have come across similar scenes as they self-isolate.

According to The New York Times, monkeys were spotted wandering the streets of Thailand, while herds of deer were spotted in city centres in Japan.