Toronto Will Get Up To 10 Cm Of Snow This Wednesday 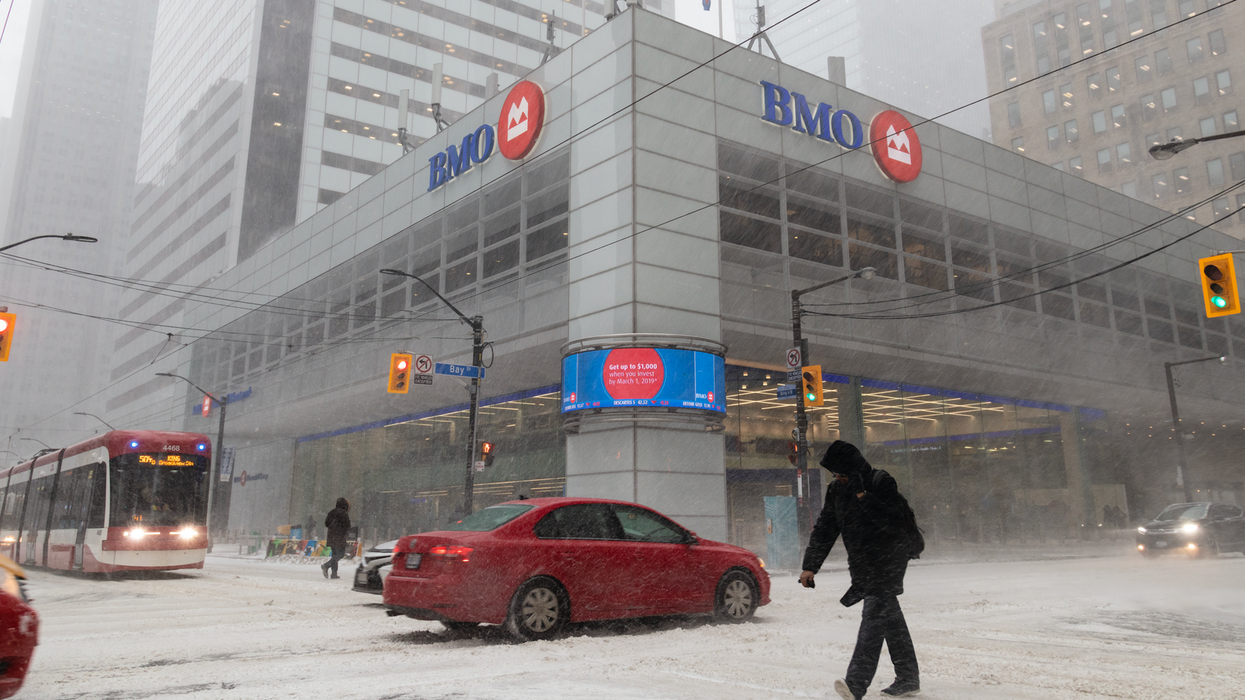 From damaging winds and whiteouts, to extreme cold weather warnings and snow squalls, Ontario seems to be trapped in a vicious, neverending cycle of winter weather. Before we see the warmup forecasted for mid-March, Ontario will be blasted with yet another bout of heavy snowfall. Snow is in the forecast over the next several days in the Toronto area, accumulating to as much as 20 cm by Saturday.

According to The Weather Network, the next major snowfall event in southern Ontario will begin on Wednesday, February 27th. "Accumulations of 5-10 cm are likely across most of the region," says meteorologist Dr. Doug Gillham. "However, an east wind off Lake Ontario will enhance snowfall totals around the west end of the lake with the potential for local totals to reach 10-15+ cm."

Wednesday's snowfall will be accompanied by -14°C windchill values, but a warmup to just -3°C will follow on Thursday. Friday will reach 0°C and Saturday a mild 2°C. But, then it's back down to -17°C windchills on Sunday.

Fresh accumulations of snow are in the forecast from Wednesday all the way through to Saturday. Plus, it's shaping up to be another windy week in the city. Take a look at the 7-day forecast for Toronto:

But, based on The Weather Network's official spring 2019 forecast for Ontario, this may just be the last real snowstorm that Toronto will see this winter. The first weeks of March will "feel like January" in Ontario, but a dramatic shift to milder spring-like temperatures will take place mid-month. Leading into a pleasant, early start to the spring season. Now, let's hope that the early start to spring leads to an early summer. It's the least Toronto deserves after what winter has put us through this year.

READ ALSO: Toronto Is Now Under An Extreme Cold Weather Alert And Temperatures Will Drop To -20°C