Highway 400 and Highway 407 both have closures. 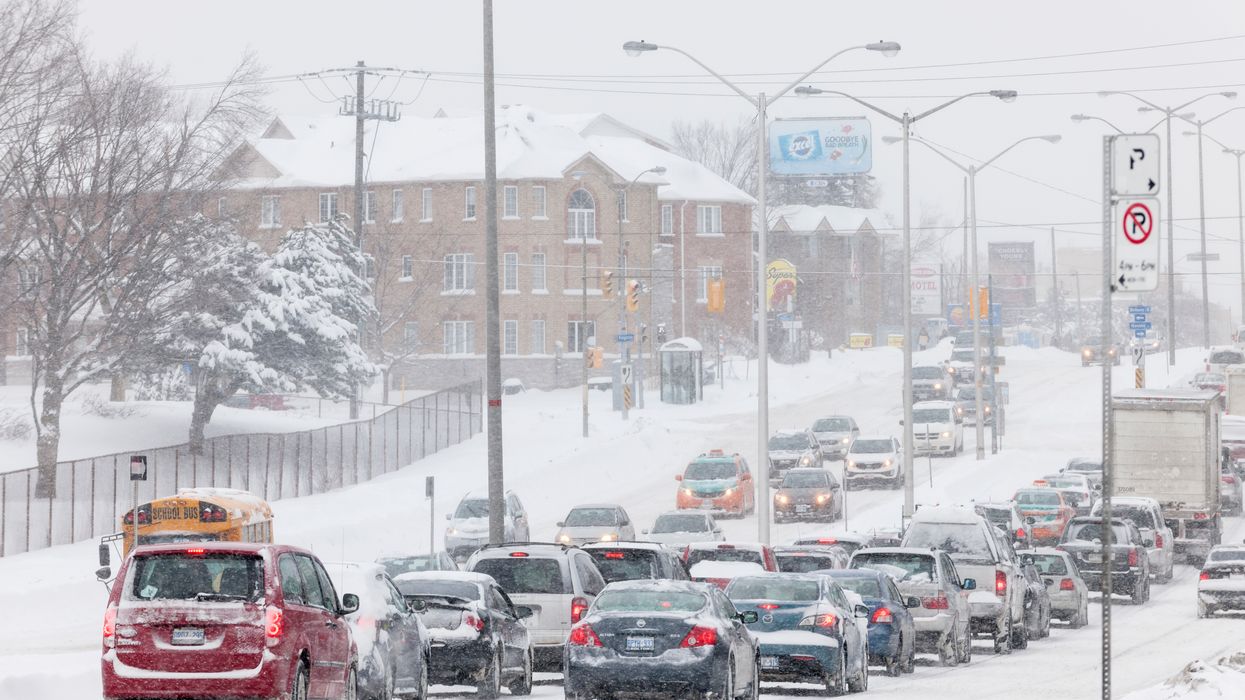 Toronto’s first snowfall is here, which means Toronto winter drivers are back, and that’s a scary thought. Durham Police reported this morning that their communications unit had already received 15 calls for minor collisions and vehicles in ditches. Drivers are being reminded to slow down and clear their cars of snow.

“An unknown white substance has blanketed most of Durham Region and the GTA, please remove it from your vehicle windows and be extra cautious. May cause collisions and delays, plan ahead and slow down,” a statement on the DRPS’s Twitter account read on Thursday morning.

Unfortunately, the Durham region isn’t the only one dealing with less than optimal drivers this winter season. Sgt. Kerry Schmidt of the OPP also took to Twitter this morning to report on the issue of Toronto drivers not knowing how to handle snow.

“We have vehicles are all over the ditches, that’s not where they belong, and unfortunately drivers are going too fast for these conditions, they are not giving themselves the following distance, and they are not paying attention. I don’t know whether you’ve put your winter tires on or not, but the roads are slick,” Schmidt noted during a video about the recent string of accidents.

According to Schmidt, a closure on Highway 400 northbound between King Road and Aurora road was caused after a transport truck and a car collided.

It is being reported that one of the vehicles flipped over several times and the driver has been taken to hospital with serious but non-life-threatening injuries.

All westbound lanes of the 407 are also blocked due to a multiple-vehicle collision. Another crash was reported near Bramalea Road on Highway 407 after a car smashed into the back of a transport truck, thankfully, no one was seriously injured.

The awfulness of Toronto drivers during the winter season wasn’t lost on other GTA motorists who took to Twitter Thursday morning to warn commuters to exercise caution.

“Every year it snows in Toronto and every year drivers act like it's the first time this miracle powder has fallen,” wrote one user, who was clearly not impressed by his fellow motorists.

“Be careful out there! Toronto drivers always forget how to drive in the first snowfall. Saw three drivers pulling illegal moves, and it's only 7:00 a.m.,” added another.

If you plan on heading out today, make sure to slow down and drive safe!