Woman in hospital after a hit and run outside of Scarborough's Blue Lagoon bar left her with a serious leg injury. 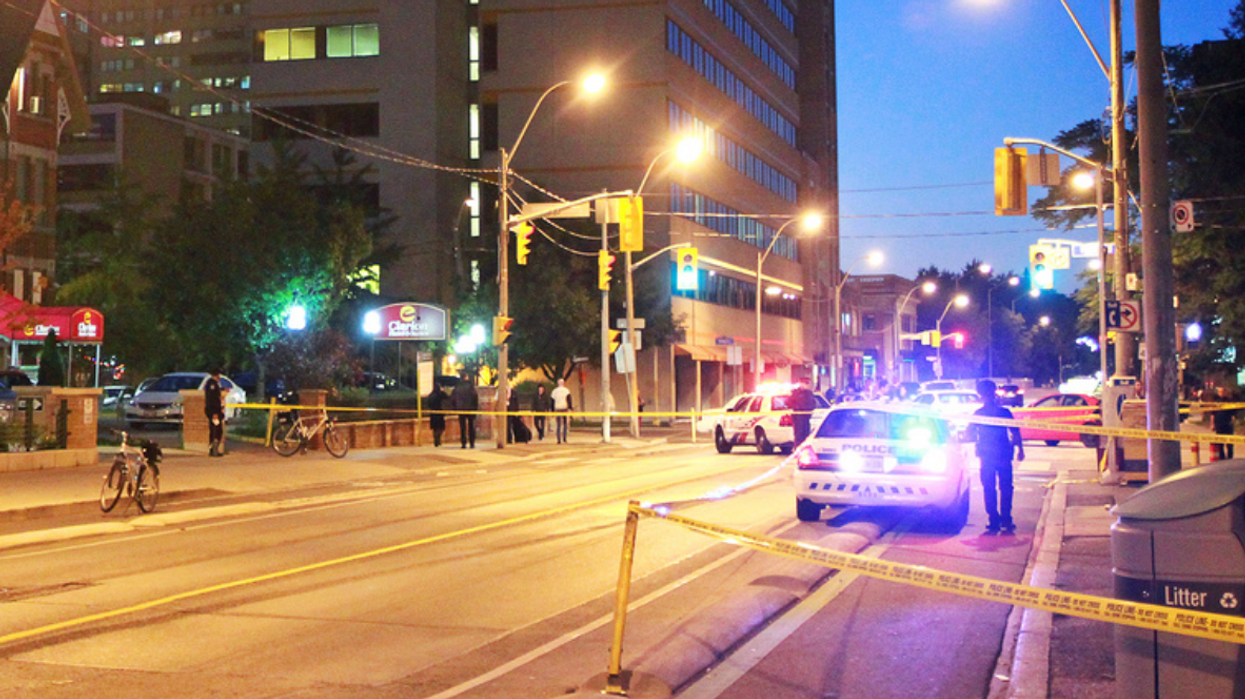 Toronto Police are looking for a suspect who reportedly rammed her car into another woman after the two got into a fight at the Blue Lagoon, a Scarborough bar located near Midland and Eglinton. Police stated that the two women had gotten into a physical altercation inside the bar around 4:30 AM Monday morning and that the fight had spilled into the parking lot where the incident occurred.

The woman who was struck by the vehicle reportedly suffered severe injuries to her leg and remains in hospital. It is unknown at this time how many times she was hit by the car.

Some of the damage at Blue Lagoon bar at Midland/Eglinton where a fight between two women escalated outside. One woman drove car at the other-striking her on sidewalk. Car also ripped off rear bumper of another vehicle & smashed glass window of business next door while fleeing pic.twitter.com/6KEvDHKsus

Carl Hanstke, a morning reporter for 680 News, arrived on the scene this morning to inspect the damage left behind by the disturbing incident. In a brief video clip, the reporter shows one of the vehicles, hit by the suspect's car, with its back bumper barely hanging on. Not seen in the video is the smashed window of a neighbouring business which the suspect supposedly broke during her getaway.

READ ALSO: Toronto Is Now Under An Extreme Cold Weather Alert And Temperatures Will Drop To -20°C

A similar incident took place back in December of 2018 at Mississauga bar where another bar fight took a dramatic turn after spilling onto the streets.

In the video, a large group of people can be seen outside of the bar engaging physically with each other and throwing everything from barriers to steel heaters at one another. The incident left five people injured and one seriously injured.