There are ways you can assist those affected by the York Memorial Collegiate Institute fire. 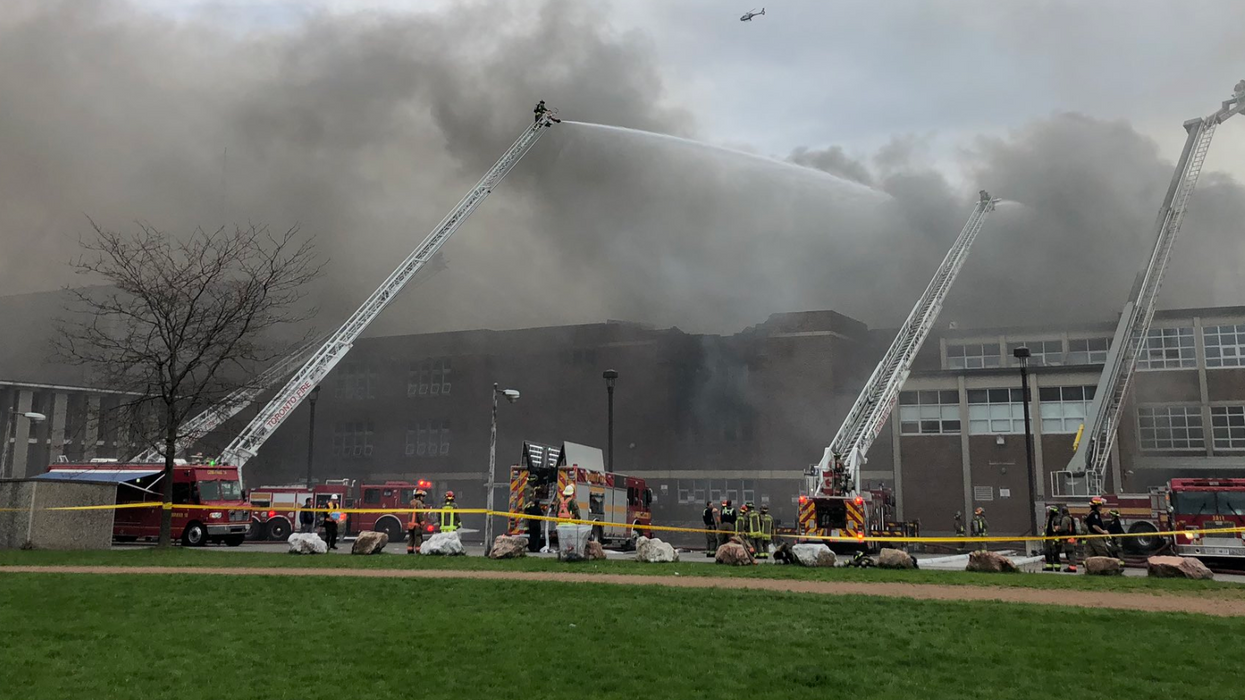 Members of the community are searching for ways to assist those affected by the Toronto York Memorial fire after a second blaze ravaged the school early Tuesday morning and into the afternoon. Toronto residents were ordered to leave their homes due to a mandatory evacuation order by Toronto Fire and Toronto Police.  Emergency services were called overnight when reports of heavy, migrating smoke were seen in Toronto's west-end.  The York Memorial fire has since been upgraded to a six-alarm response.

Numerous homes in the Eglinton West area between Trethewey Drive and Bicknell Avenue were forced to evacuate as crews continue to battle the raging six-alarm blaze that tore through the school and caused the roof to collapse.

Thanks to fire crews at York Memorial Collegiate Institute for your quick response to the fire, and for keeping the… https://t.co/2Y3vMV0smI
— Andrea Horwath (@Andrea Horwath)1557248474.0

For those living in Toronto, here's how you can help. If you would like to contribute support to those affected by the fire, Toronto Fire Services asks you to kindly donate food, water, and funds to your local fire hall.  Simply bring your items into the station, explain that your package is for those affected by the York Memorial CI fire, and representatives from the station will gladly accept them.

For those living outside of the area, donations can also be made to Ontario's provincial arm of the Canadian Red Cross to assist with emergency and disaster services in partnership with first responders, emergency managers, and public officials.

If you have been personally affected by a disaster, the Canadian Red Cross urges you to contact your closest service location for general enquiries.


Toronto Police announced an update on June 20 regarding a poisoning investigation that has been ongoing since March.