You'll be raven about these cute pics! 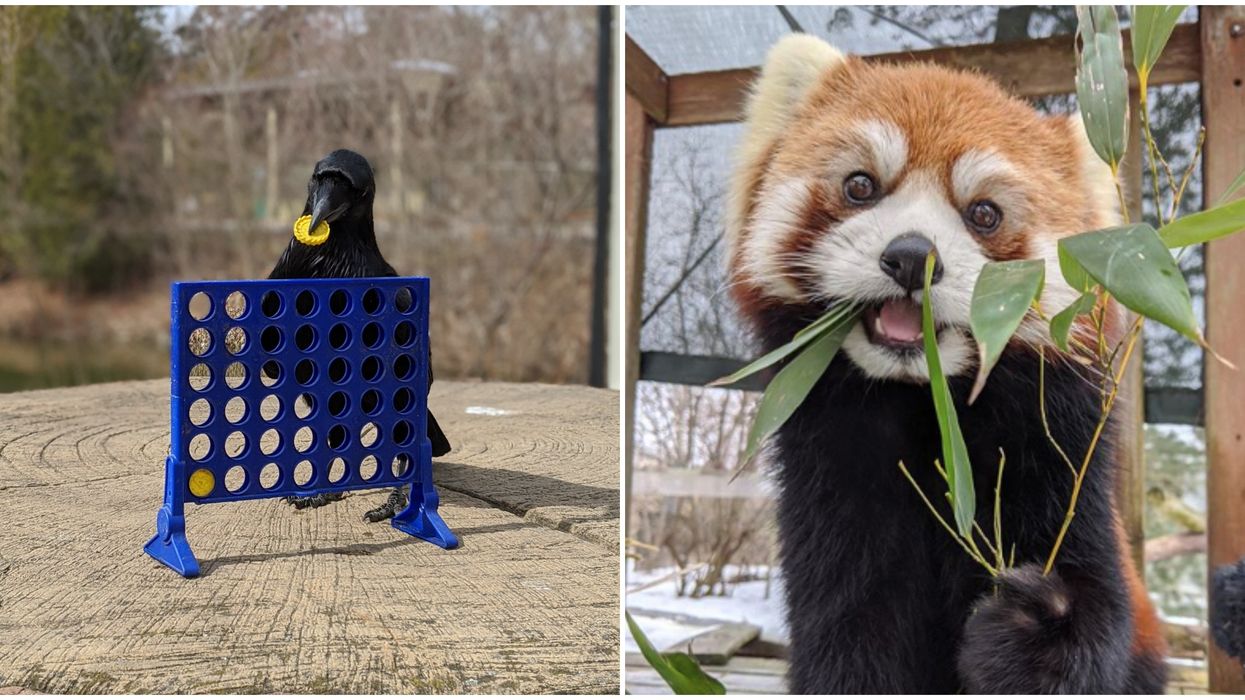 While the whole of Ontario basically shuts down, won't somebody please think of the animals?! Well, this little group hasn't seemed to let that rain on their parade. Toronto Zoo animals look to have taken well to the venue closing its door to the public due to the COVID-19 pandemic.

People across Ontario have been asked to stay indoors. Many locations like bars, nightclubs, movie theatres, and sit-in restaurants have closed up for the next few weeks to avoid further spread of the virus. And that includes zoos.

Thankfully, though, the Toronto Zoo hasn't let that stop it from sharing the animals' frolics, and brightening up our feeds in this dark time with the cutest animals having a whale of a time.

Thanks to the wonders of social media, we're all being kept up to date on the fun that the furry and scaly residents are having despite a lack of visits from the public.

But Toronto's animal haven has joined in with the hashtag #ClosedButStillCaring. That social media campaign is seeing zoos and animal reserves from across the world sharing adorable snaps to show us how the animals are practicing social distancing and finding ways to pass the time right now.

For instance, what do you mean you've never heard of a polar bear and a donkey being best friends? Admitting that makes you sound a bit like an ass.

Anyway, these two unlikely pals got the chance to see each other once again and the Toronto Zoo shared a pic onto their Instagram to capture the cute moment.

Reunited and it feels so good!

How about a throwback game to pass the time?

Bran is taking this downtime to brush up on his Connect4 skills #ClosedButStillCaring #TheZooToYou https://t.co/jq09kLBpb2
— The Toronto Zoo (@The Toronto Zoo)1584384140.0

Not only is this little game of Connect Four downright adorable, but it's also super cool. We won't crow about it too much right now, but trust us, we'll be raven later.

Meanwhile, we're all looking for hobbies while we stay indoors. Maybe some art will do the trick?

Petal, the adorable hippo, certainly seems to think so. To celebrate St. Patrick's Day on Tuesday, March 17, she took finger painting to the next level and used her face instead.

And finally, it looks like this resident bear just woke up from a long nap and is probably wondering what all the fuss is about right now.

Calgary Zoo's panda-cam shows that some of the venue's black-and-white residents, similar to the 6ix's bear, are too busy munching to notice the lack of visitors.

So there you go. Bear with us, we're going to look at more pics.