Players, coaches and even super fans made the list! 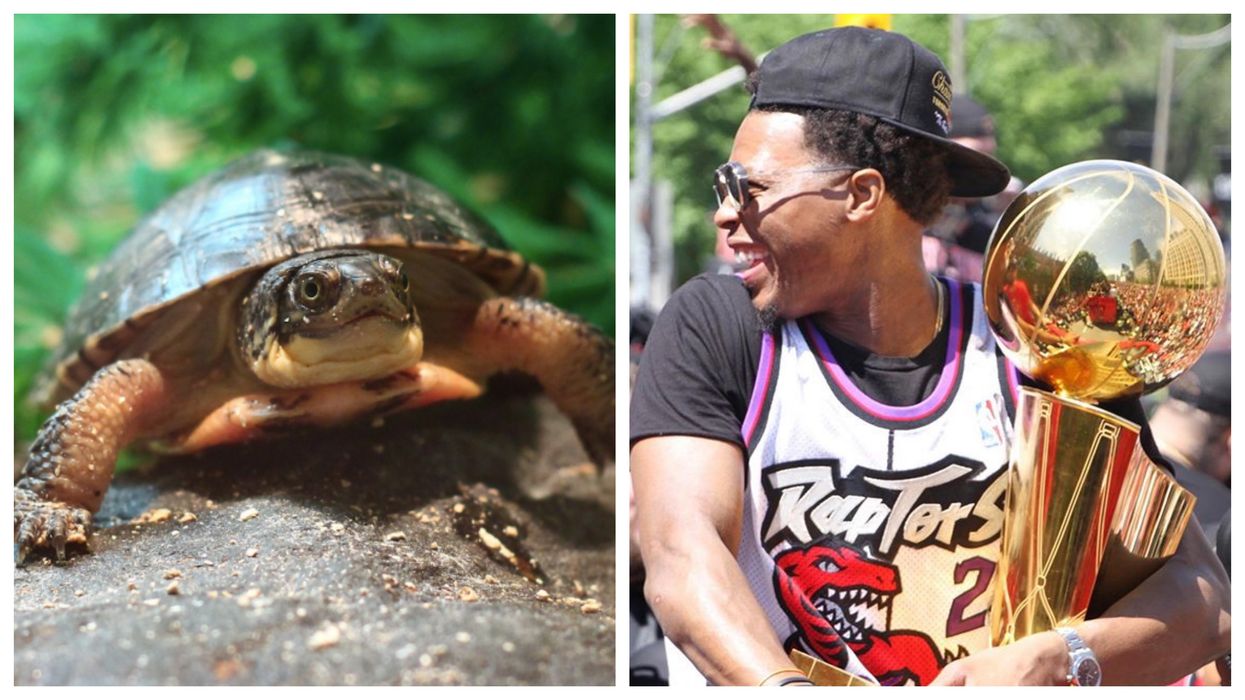 Since the Raptors have won the NBA championship for the first time in history, it seems as though the city just can't stop celebrating. Even after the massive Raptors victory parade, the city is still finding small ways to share and celebrate the historic moment. The Toronto Zoo is celebrating in their own way by naming some of their baby turtles after members of the Raptors team.

The Toronto Zoo has just announced that to commemorate the Toronto Raptors Championship win,  they named thirty-seven of their Blanding's turtles after the team, coaches, owners and even superfans of the team.

These thirty-seven turtles are part of a forty-eight group of Blanding's turtles that were released into the wild today at a wetland found in Rouge National Urban Park. The turtles have now made this new land their home and are starting to get used to their new surroundings, all well repping the names of the famous Raptors team.

Some of the turtles are named after the players that helped bring the championship home, such as Kawhi Leonard, Kyle Lowry, and Fred VanVleet. While some other adorable players are repping the names of team executives of the team such as Coach Nick Nurse and Raptors president Masai Uijri.

Of course, the group of turtles wouldn't be complete without some of the more famous people who cheered on the Raptors throughout the championships. Drake, Superfan Nav Bhatia, and John Tory are all new names of some of these baby turtles.

The Blanding's turtle species is both a provincially and nationally threated species that have inhabited the Rouge Valley for thousands of years.

Prior to 2014, there were only six adults Blanding's turtles remaining in this area. Since then, the Toronto Zoo, Parks Canada, the TRCA, the Ontario Minister of the Environment, Conservation Parks and Magnetawan First Nations have worked together to reintroduce 213 baby Blanding's turtles in an attempt to save the species.

Now, it looks like the Raptors are part of this amazing journey too.