This could be the 15th time in history that the 6ix has been this chilly in spring. 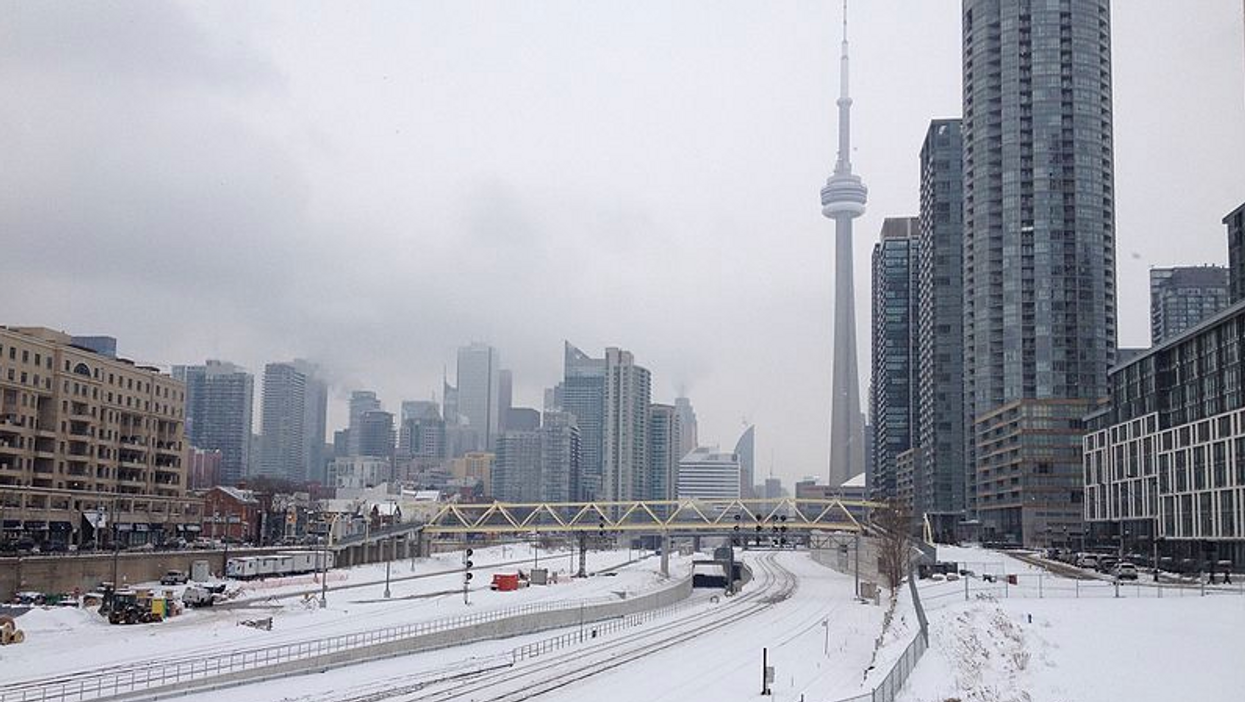 If you are from Toronto, you've probably noticed that the weather has seemed a little chillier than normal. While it may be spring, the city has been feeling more like winter with random snowstorms and chilly temperatures. According to The Weather Network, Toronto's April weather has been so frigid that this month is on its way to being one of the coldest Aprils in history.

From snowstorms to heavy winds, it seems that Toronto just can't catch a break.

On Tuesday, the city was even hit with a 10-minute snowstorm that had us feeling like it was the middle of December.

According to Weather Network meteorologist Matt Grinter, Toronto might soon mark a milestone thanks to the recent pattern of wintry weather.

"This could be the 15th time in history that we haven't reached 20°C before May in Toronto," Grinter explained.

While the month still isn't over, TWN hints that the province will continue to face below-normal temperatures throughout the rest of the month.

Throughout the beginning of the week, Toronto will be hit with cooler temperatures and Thursday will only see a high of 4 C.

By Friday, things will warm up a little and residents can see daytime highs of 11 C.

While Toronto has seen temperatures in the double digits this month, it has yet to come close to breaking that 20 C mark that marks a normal spring.

According to TWN, the average high for April is 12 C, while the average low is around 2C.  However, the warmest temperatures that the month has seen has been a whopping 31 C.

This isn't the first time in the past few years that Torontonians have had to deal with a cold April.

Back in 2018, the city was also on track for hitting one of the coldest Aprils in history with an average high of 7.9 C.

While the month of April is continuing to be cold and wet, Canada's summer weather forecast predicts that the warm weather will show up eventually.

Toronto, and the rest of southern Ontario, can expect to see hotter than normal temperatures throughout the season.