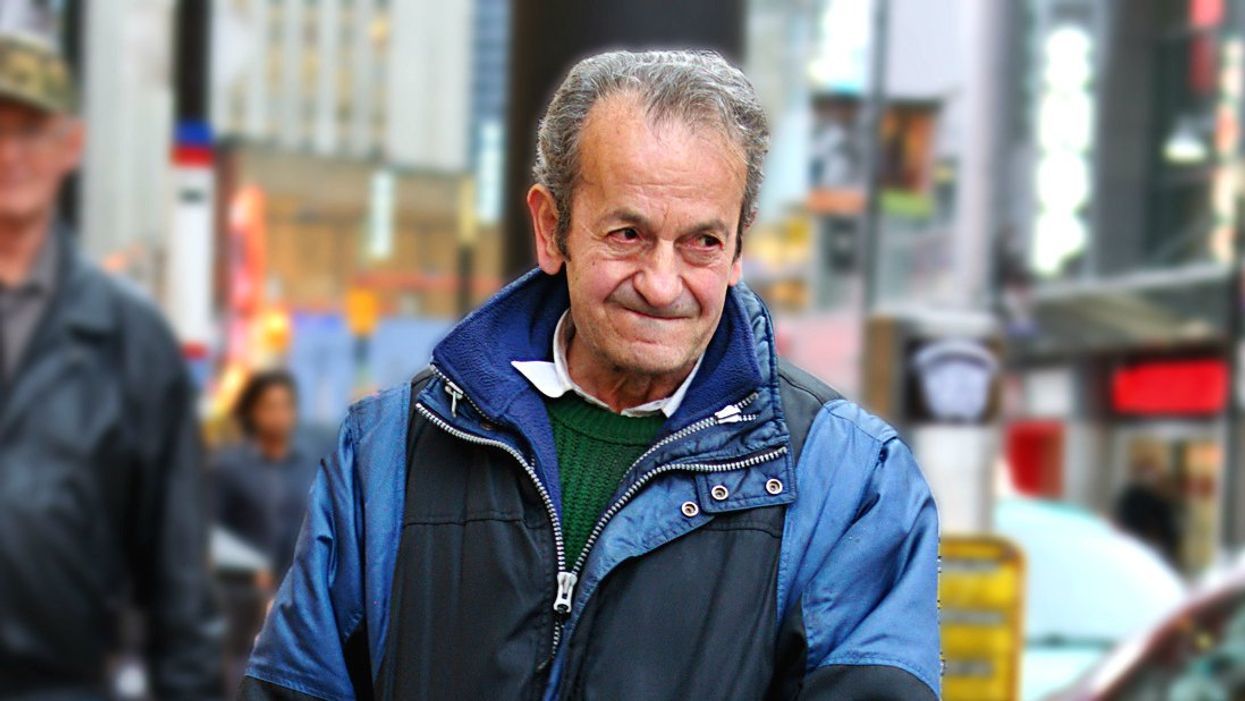 When you think of Toronto, a few things probably come to mind - the CN Tower, Drake... the Believe Guy? Yes, the Believe Guy. He's the most iconic local celebrity in the city, having startled tourists and passerbys for several years at his corner on Yonge and Dundas.

READ ALSO: These Rosé Popsicles Are The Perfect Summer Treat For Getting Classy Drunk

In fact, he's so well known that there's even a Yelp page dedicated to him. Such is a testament to his fame, since Yelp is intended as a reference for crowd-sourced reviews of local businesses, not local celebrities.

His Yelp page is entitled "Jesus Guy at Dundas Square", and he's received rave reviews. He's got an overall rating of 4 out of 5 stars, and everyone had mostly nice things to say about him:

"Amazing how long he's been on this corner (Dundas and yonge), also amazing he's on yelp. Depending on your mood ,he can be humorous or annoying. Often jarring to tourists." - Owen R.

"I actually like this guy.  He keeps me on my toes!  Always scares me even when I know he's there.  But here's the thing... He's not like the guys across the street who yell racist remarks and demeaning things about women.  He has a love for his Lord, so much so that he devotes his time to this. What's wrong with that?" - Char C.

"This guy has his own Yelp review page?! He's been at that Yonge and Dundas corner for probably close to 20 years now! He's very dedicated to preaching the bible, as I've been told by my sister that he's there EVERYDAY!  We walked past him one and right when my sister passed in front of him, he yelled "Jesus" really loud as he lifted his arm and it scares the crap out of sister LOL. It was real hilarious to watch her jump and bump into a nearby stranger. He's definitely a Toronto landmark." - Lilian L.

"He is harmless and peaceful. Reminds me why Canada is great: we practice tolerance and peaceful coexistence. Amen." - Allison Y.

"Friendly, but ultimately harmless. He's a lot easier to talk to than those bellowing beasts across the street with megaphones and placards. I have a lot of respect for this guy." - Oh K.

"Sarko (Jesus guy) is an awesome and gentle human being. In high school me and my classmate made a documentary about him in film class. He is a class act and just wants to spread the word of Jesus in order to save your soul from eternal damnation. Basically if you don't like Sarko then get the hell out of Toronto." - Igor G.

"Toronto is as awesome as it is solely because of Jesus Guy. I work nearby and cross this intersection every evening on the way home.  Jesus Guy is the best part of my commute. All Praise Jesus Guy!" -Andrew K.

"As time goes on and I begin to accrue heart conditions associated with old age, it becomes increasingly riskier to walk by this corner of Yonge & Dundas. Still, his notoriety and public esteem is commendable as he's established himself as the area's foremost Jesus enthusiast. Five stars simply because he is in a league of his own and it would seem unfair to rate him otherwise." - Camila E.

"He's just the best! Even when I tell myself to be prepared for a sudden outburst, he will still make me jump. It's nice to know that our city embraces him and his love of the Lord. Preach!" - Rachel A.

"A true Toronto classic. The northwest corner of Yonge and Dundas wouldn't be the same without him." - Ben C.

As you can see, he's well loved by the people of Toronto. Of course, the Believe Guy wasn't immune to haters and negative reviews. But as much as you may want to laugh, hate, or make fun of him, at the end of the day only he knows his story, and Toronto wouldn't be the same without him!