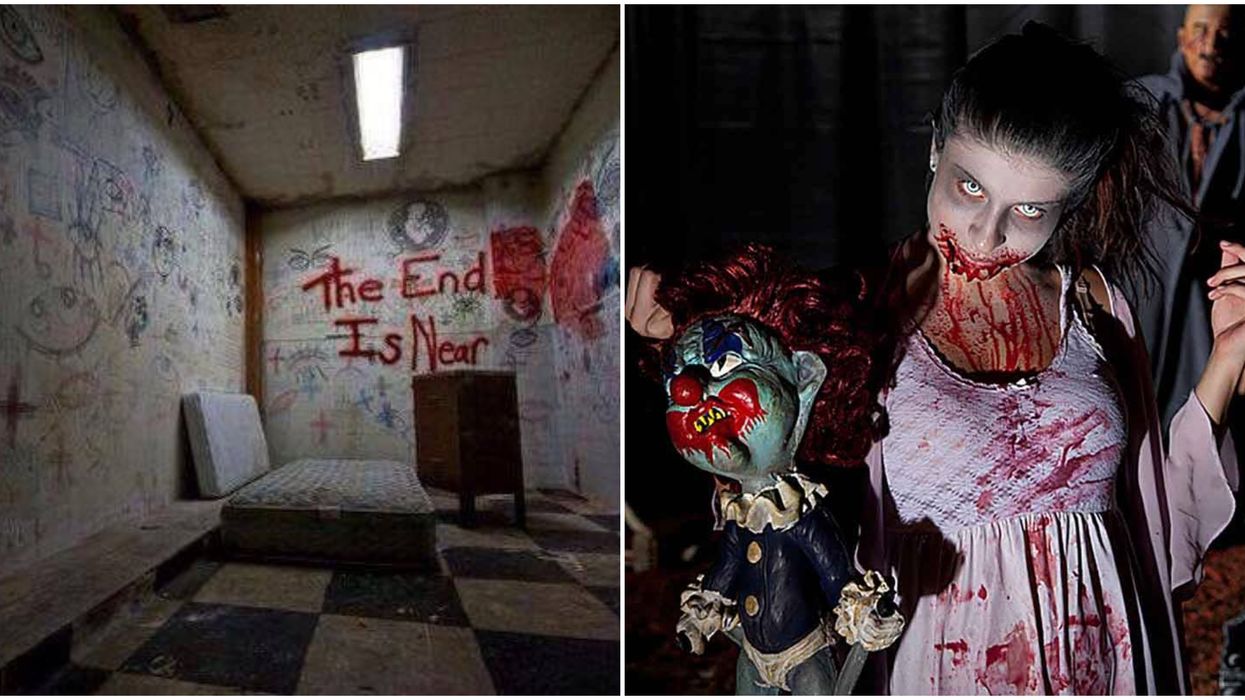 Halloween is a super exciting time of year. There's costumes, trick or treating and of course, haunted houses. While you can get the adrenaline rush of being scared any time of year by watching horror movies, it's so much better when you experience it in real life.

Toronto hosts one of the best haunted attractions that will make you scream like you never have before! Screemers is coming back this fall 2018 for its 26th year and you don't want to miss out. The spooky event has 7 different horror mazes with over 120 live actors whose only jobs are to terrify you to your core!

In addition to the 7 horror mazes you'll walk through while you're there, they also have a Midway of Horrors filled with rides, a terrifying new illusion show, and tons of food and drink options on site!

Screemers horror park is on from October 5th to October 31st this year! They update all their haunted attractions every year, so even if you went last year, you definitely won't know what to expect for this year's event. The terrifying park is located at the Queen Elizabeth Building on the Exhibition grounds.

Some of the creepy haunts you can expect to see this year include a "winter horrorland," a "zombie prizon," the "skull castle," an "evil house of cards," the "darkness vortex," the "haunted house" and the "slasher wax museum."

All these haunted horror mazes aren't for the faint of heart, though. While the actors here can't touch you, they are getting paid to scare the living daylights out of you, so you've been warned! Tickets to the event cost $33.85 every night except for October 26th and 27th when the admission goes up to $35.85. They never sell out, so you can either buy your tickets online ahead of time or at the door!