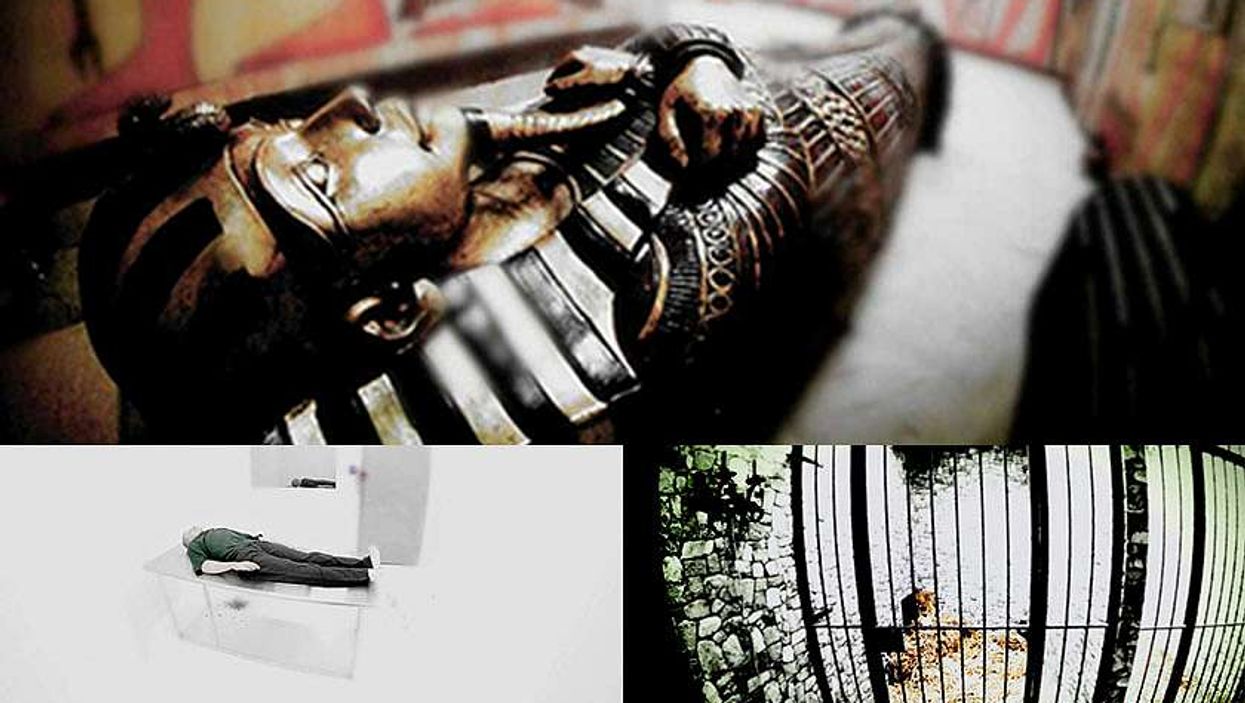 First made popular in Japan back in 2009, "escape the room" games have been taking North America by storm recently, giving us a new and unique way to slay our boredom. The concept is simple: Use your best powers of observation, deduction and problem-solving abilities to successfully figure out and escape the enigmatic room before time runs out. Easier said than done however, no matter how smart you think you are, but oh so much fun.

The biggest franchised room escape game in Eastern Canada, Trapped brings fantasies and movie scenarios to real life, putting all five of your senses to the test and challenging your wits like no video game ever could. With 4 different themes to choose from, all of Trapped's multi-roomed themes have been carefully considered and masterfully crafted by an interior designer from Osaka, Japan, who stopped at nothing to create highly immersive and engaging escape experiences that push intelligence (sanity) to its very limit.

After being wrongly accused of treason, you are a 14th century peasant who's been locked away and condemned to death. You'll have to use the clues left to you by the previous prisoner to escape your prison before the executioner arrives to take you away.

In hopes of discovering a legendary tomb, you and a small group of explorers enter into the Great Pyramid of Giza, but the the tomb is cursed. All those who have come before have never been seen again, so you'll have to figure out the key before it's too late or suffer the same fate.

Away from the big lights of the city, you find yourself on a relaxing deserted island where you come across an abandoned hospital. Suddenly locked inside, you discover it holds horrifying secrets and will have to face your worst fears or be lost forever.

Based on the popular manga of the same name, famous detective  "L" has tasked your special team of Japanese FBI agents to uncover the truth behind a series of mysterious attacks on the world's criminals. You'll have to infiltrate and take down his primary suspect, Kira, before you are his next victims!

Communication is the real key to escaping the room, as you and your team will have to work together and use every clue available to solve the puzzles, crack the codes, and break the ciphers before the timer runs out. After a brief run down of how it works from Trapped's friendly game masters, you get a total of 60 minutes to beat the room and claim the title as a bonafide escape artist. But beware, only 4.8% of people ever make it all the way to the end, so you will definitely have your work cut out for you. If you consider yourself a true mastermind, visit Trapped 3 times to unlock their mysterious level-2 theme called "A.D. 2046", the only 70-minute theme in Canada which boasts only a 2% success rate.

Great for a group of friends wanting to test how close they really are, birthday or bachelor parties, or even a company team building activity, Trapped is definitely worth trying (if you haven't already) the next time you're looking for something new to do. Discover for yourself just how fun escape games are, just make sure to reserve online prior to visiting as Trapped tends to book out fast.