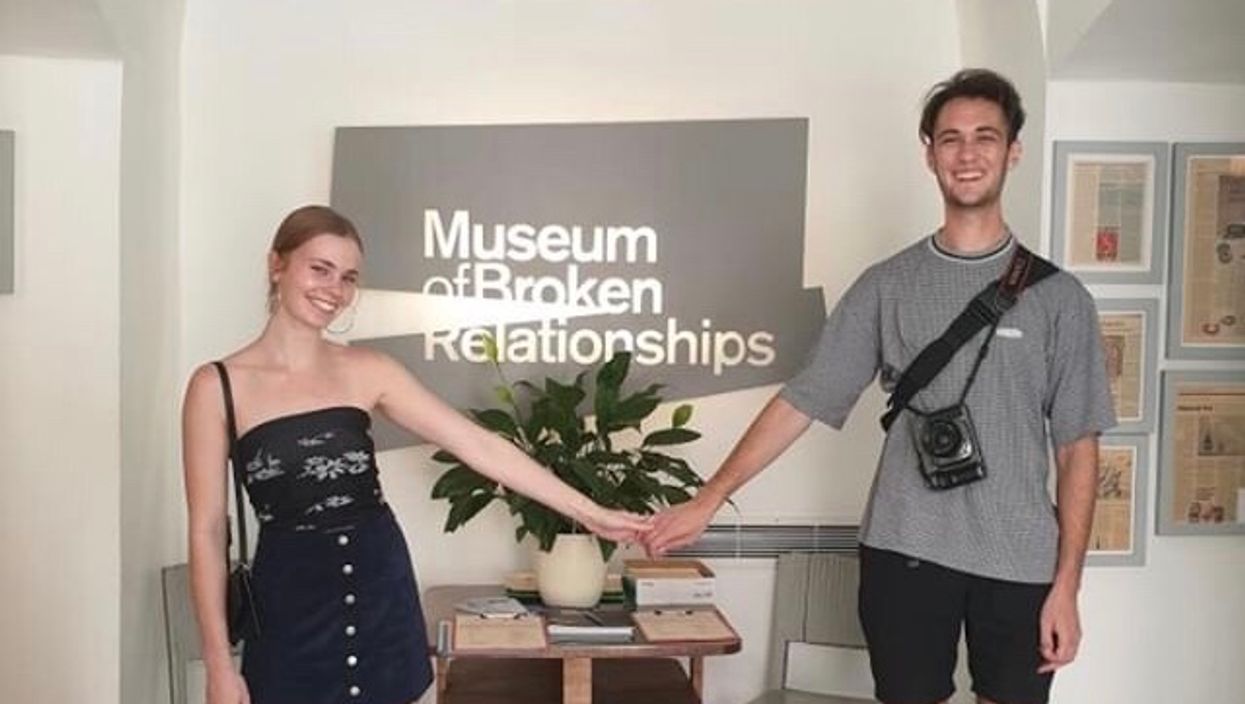 You're going to need a tub of Ben & Jerry's and a chick flick binge after visiting this unusual Toronto exhibition. Far from the cheery, bright pop-ups like 'Happy Place' that have previously opened around the city, this spot is all about heartbreak. Toronto's break-up museum just opened and we can barely hold back our tears.

Wander through displays of lost love and old memories at the Museum of Broken Relationships, a new attraction that just opened to the public in downtown Toronto. This will be the 53rd city that the travelling museum has visited and its Ontario debut.

The Museum of Broken Relationships first began in Croatia back in 2006, when artists Drazen Grubisic and Olinka Vistica decided to commemorate the end of their 4-year relationship by putting some special memories on display. Since then, 2 permanent museums have opened in Zagreb and Los Angeles, and a travelling exhibition has visited many countries across the world.

The museum displays objects from local donors that represent a special, now ended relationship. Each item is accompanied by a small story about the relationship, and how the object relates to it. You can see donations from Torontonians at the downtown exhibit which are brand new to this installment.

Some of the items you can expect to see are stuffed toys, a hand-drawn treasure map, and bridal wear from a now broken marriage. Not all items, however, are monuments of romantic relationships. An incomplete crossword is displayed in memory of a departed father who passed away before finishing it.

While all of this might seem a bit depressing, the object of the exhibition is actually to combat feelings of loneliness. By sharing stories of loss, the museum makes you feel connected to others who have gone through similar heartbreaks and helps you realize that you are not alone.

The exhibition is taking place at the Harbourfront Centre until September 8 as part of BRAVE 2019. Admission is free, and the museum runs on gallery hours, which you can find here.

Why you need to go: Immerse yourself in stories of lost love at this unique, travelling exhibition.

Late-night feasting is about to get even better this summer with the arrival of this drool-worthy night market series.