Tory admits the warmer weather means outside time is key. 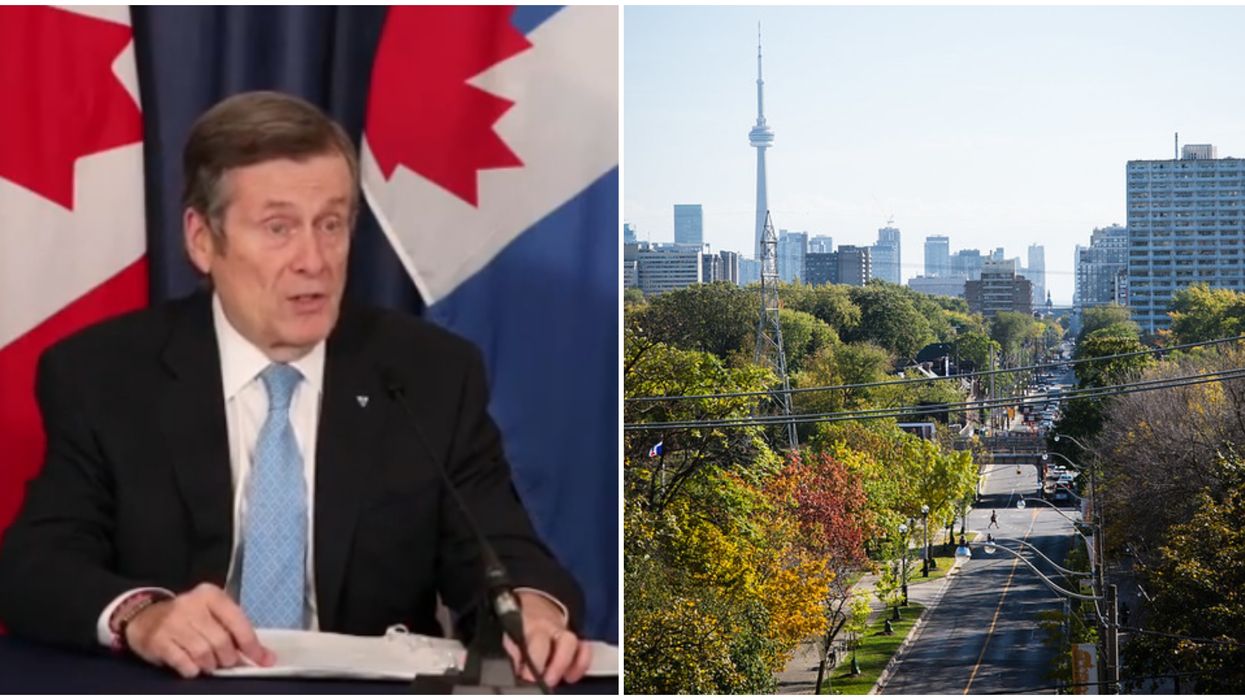 The sun's out and it sounds like we can get out too! As long as we're sensible, of course. With the weather getting much nicer and the COVID-19 curve still apparently somewhat flattened,  the 6ix's official advice has taken a turn. Mayor John Tory said in Toronto's COVID-19 update on May 6 that the city is now advising residents to be careful and keep their distance outside rather than encouraging people to stay inside.

City officials spoke to reporters on May 6 for the daily Toronto update.

There, Mayor Tory shared some more positive news for the city's residents.

"As the summer comes and the city starts up again, we know that people will be out and about more. We've already seen that this past weekend," said Tory during the live briefing.

And, while he credited Dr. Eileen De Villa's advice to stay home with having helped to slow the spread of the virus in the 6ix, the mayor stresses that times (along with the weather) have changed.

"But we know that people can't stay home forever. They will need to go outside and it is good for their health... In that regard, this week, we have started to shift from encouraging people to stay at home as much as possible to encourage people to keep their distance as much as possible."

Tory added: "We are working to find ways to encourage and assist people in keeping their distance."

He revealed on Wednesday that retail businesses with street entrances will be able to open up for curbside pick-ups from Monday.

Although this good news might encourage people to head out for a stretch, Ford recommended that those in the downtown core should cover their faces if they're out, especially once retail stores open for curbside orders.

Despite the news, just last week Tory met with council members via virtual call and had his emergency powers extended with no official end date.

As Tory mentioned, this shifted focus is possible thanks to Toronto residents who have followed social distancing and safety measures in the city.

As cases in the province decrease, so has Toronto's infection rate. Now, each infected individual is passing the virus onto one other person on average, instead of the four that was recorded back in March.

Except for the High Park tree climbers, most people in the city seem to have stayed home and tried to follow protocols, something the City has noted after a decrease in fines issued this past weekend.

It remains to be seen whether people will stay as sensible as we get closer and closer to summer.